Seven months after acquiring Echo Park's landmark Rolf K. McPherson building through an affiliate, CIM Group is looking to add housing to the southern corner of the property, according to plans submitted this week to the City of Los Angeles. 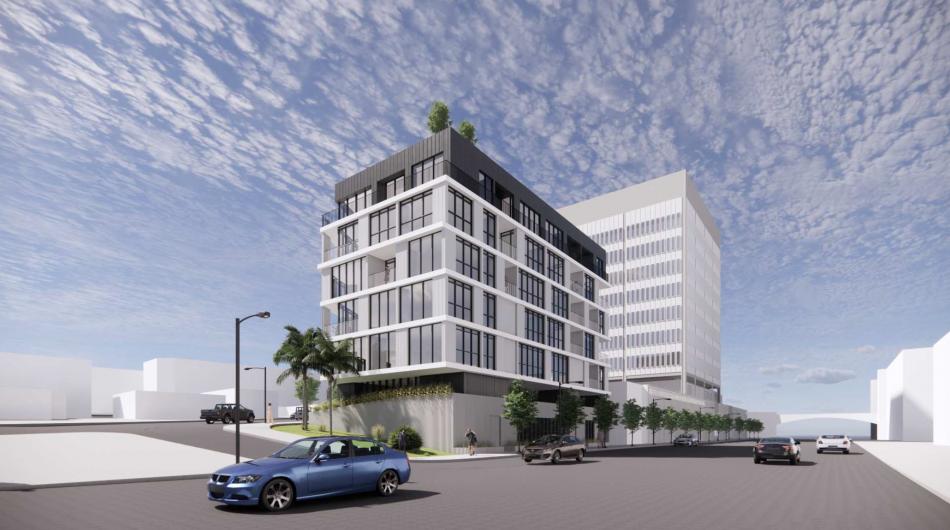 The proposed new development would rise from a wedge-shaped site located at 1123-1129 N. Glendale Boulevard and 1195 W. Park Avenue. Plans call for razing an existing parking lot, clearing the way for the construction of a new seven-story, 75-foot-tall building featuring 36 studio, one-, and two-bedroom apartments and semi-subterranean parking for 18 vehicles.

Project entitlements would include Transit Oriented Communities incentives allowing for greater density and floor area than otherwise permitted by zoning rules. In exchange, CIM would set aside four of the new apartments for rent as extremely low-income affordable housing.

Abramson Architects is designing the project, which is shown in plans with an exterior of painted white stucco and corrugated metal panels. Floor plans also show a large amenity deck at the building's rooftop. 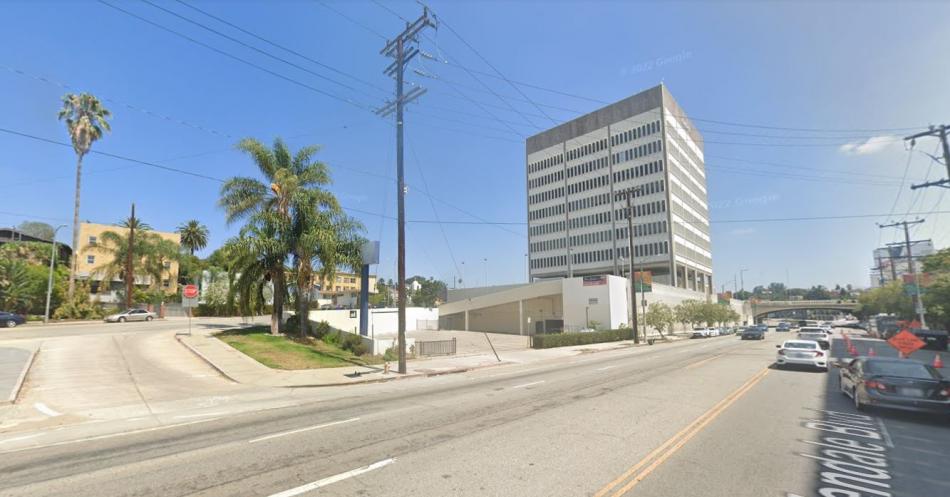 The project site, which overlooks Echo Park's namesake green space, is one of a handful of new developments in the works near the park, including a mixed-use complex which would incorporate the Taix French restaurant on Sunset Boulevard to the north.

CIM Group, in addition to its new Echo Park development, is behind a handful of similar mixed-use buildings in neighboring Silver Lake.