In Sawtelle, a team of developers has partnered with the City and County of Los Angeles on plans to overhaul the aging West L.A. Civic Center through the addition of more than 900 homes and new commercial uses. One block east, another publicly-owned site could soon be primed for a change - into public open space.

At the August 9 meeting of the Los Angeles City Council, 11th District Councilmember Mike Bonin introduced a motion which calls for redeveloping the LADOT parking lot at 11312 W. Idaho Avenue as either recreation or cultural space.

"The Sawtelle neighborhood in West Los Angeles faces a shortage of outdoor recreation and cultural space for the community," writes Bonin. "While larger City-owned sites are being considered for housing development, smaller sites may provide an opportunity to add these badly-needed amenities to the neighborhood." 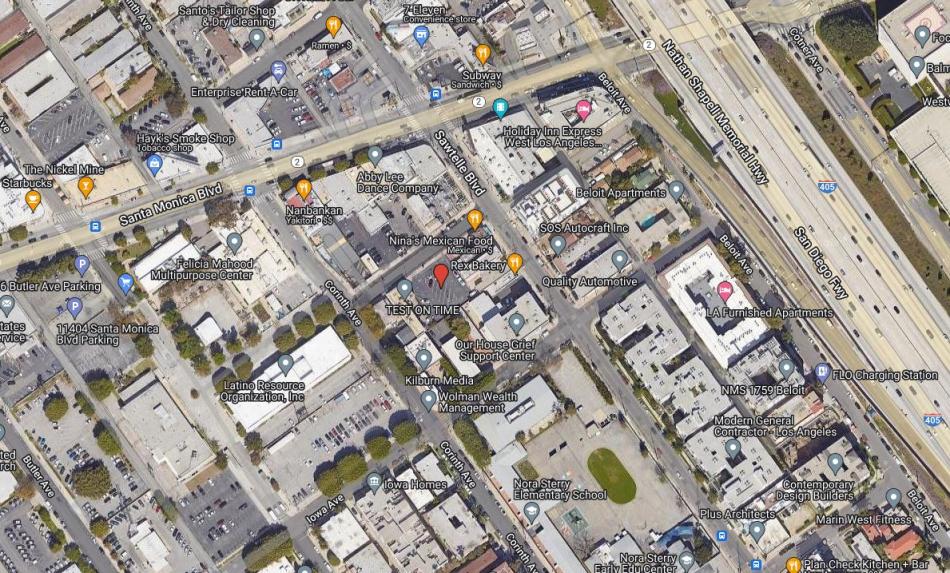 The motion, which notes that the surrounding blocks already include several larger city parking lots, directs the City Administrative Officer and other relevant departments to report back within 60 days on the potential for transforming the site for recreation or cultural uses. Alternatively, the motion also allows for staff to recommend another site nearby, if they find that it would be more suitable for conversion.

The parking lot sits within walking distance of both Santa Monica Boulevard and Sawtelle Boulevard, two busy commercial corridors which have seen an uptick in new housing developments in the past decade. However, as acknowledged by Bonin's motion, open space is lacking the immediate surroundings. The nearest large park, the Stoner Recreation Center, sits more than a half-mile away.