A year-and-a-half ago, Abode Communities and AvalonBay Communities were selected to lead a long-proposed revamp of the West Los Angeles Civic Center. Now, the two developers must negotiate the hard part of the process: CEQA. 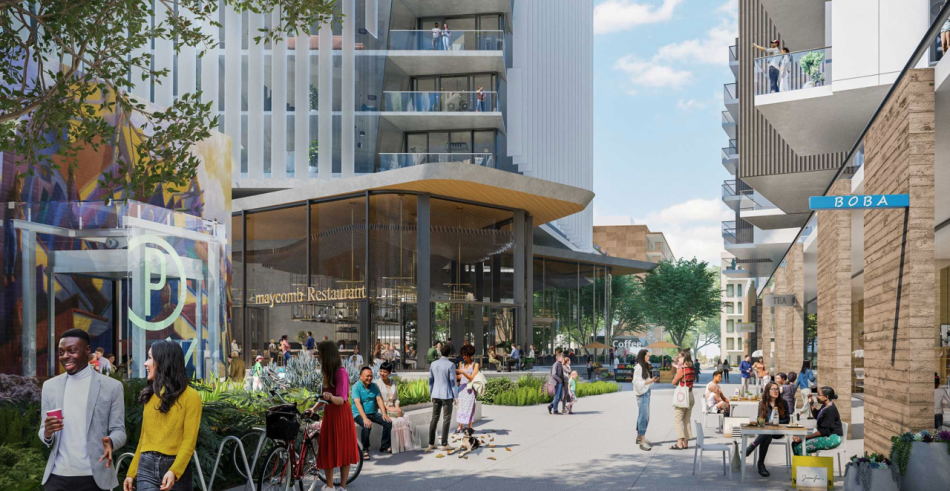 The West L.A. Commons project, per an initial study released this month by the Los Angeles County Department of Regional Planning, would include 1.1 million square feet of new development across a nine-acre site bounded by Santa Monica Boulevard, Iowa Avenue, Corinth Avenue, and Butler Avenue. Plans call for the construction of nine new buildings featuring a combined total of:

Plans also call for more than 100,000 square feet of publicly-accessible open space on the campus - roughly double what exists today - as well as parking for over 1,500 vehicles. 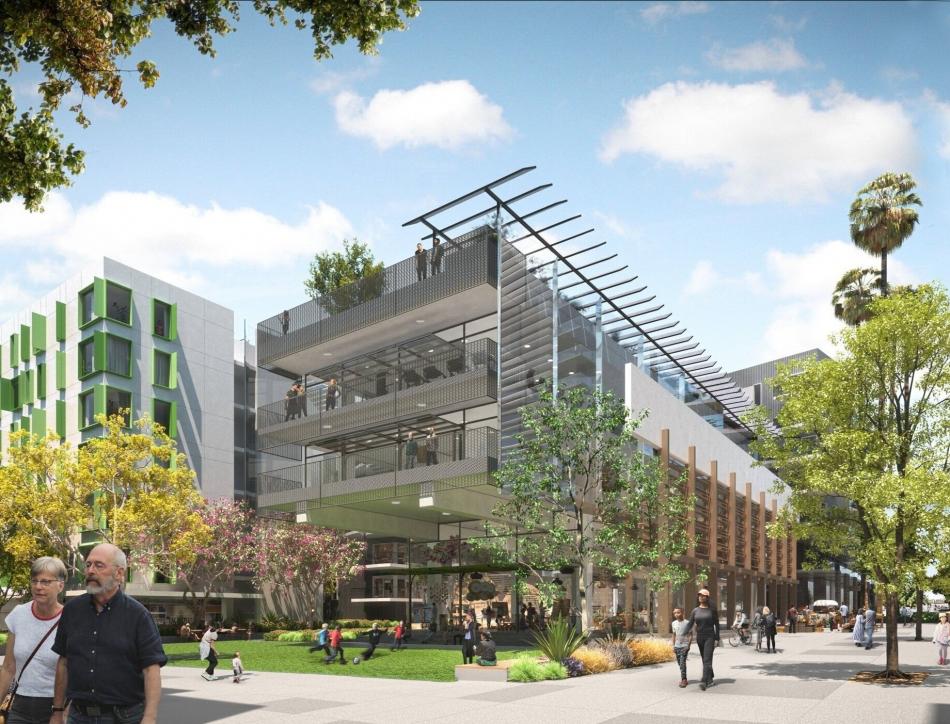 West L.A. Commons - designed by a team which includes Koning Eizenberg, Olin, and AC Martin - would include contemporary low-rise structures, ranging between two and eight stories in height. The new construction would be arranged around a network of interior paseos and courtyards.

Several structures from the existing mid-century campus are to be retained, including a public library, a police station, and a historic band stand, which are not slated for changes. The former West L.A. Courthouse, however, is slated to be converted into an arts pavilion with housing and commercial uses.

Pending approvals and the availability of financing, construction of the redevelopment scheme is slated to occur over a roughly four-year period commencing in 2024 and concluding by 2028. 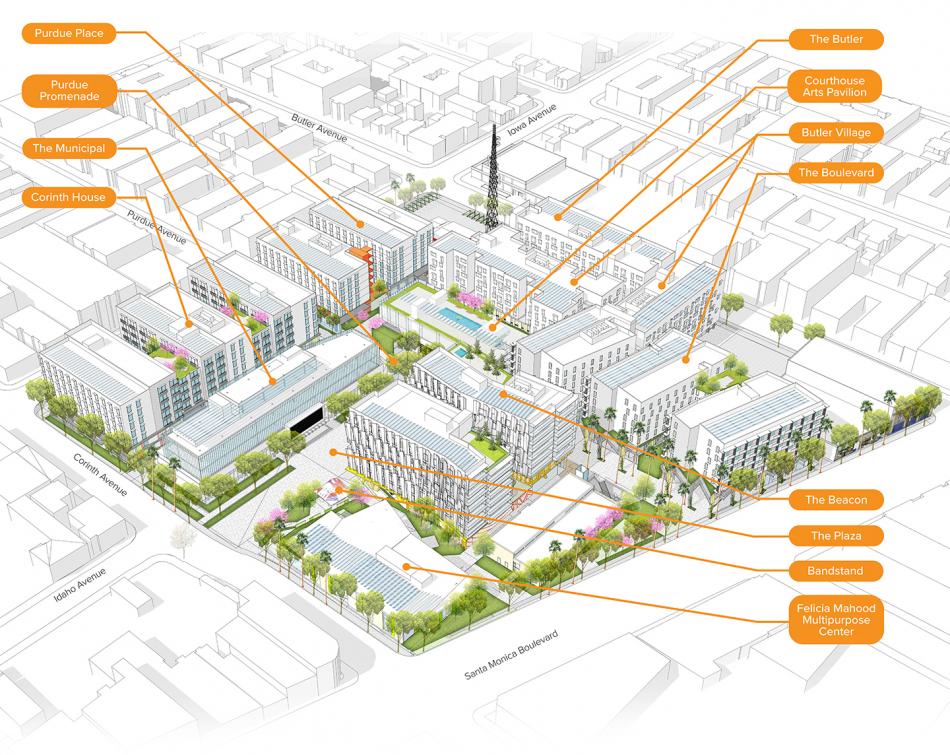 The comment period for the West L.A. Commons initial study will run through July 1. A scoping meeting is scheduled for June 14.

The current plan for West L.A. Commons dates to 2020, when the City and County of Los Angeles agreed to jointly release a request for proposals seeking developers for the publicly-owned land. The winning team of AvalonBay and Abode Communities, which was selected by a panel which included both County and City officials was announced in January 2021.

Since partnering on the West L.A. project, Abode and Avalon have expanded their partnership to another publicly-owned site in Southern California: the former Marine Air Corps Station in Tustin. The two developers were recently selected to build more than 1,200 homes on a 20-acre section of the former military facility. 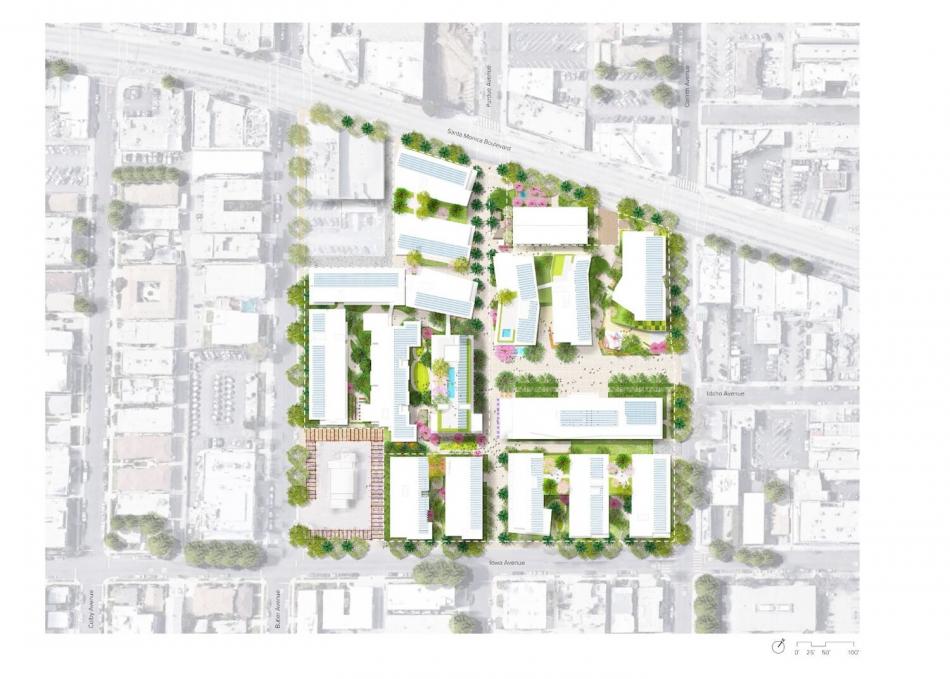