An initial study published by the L.A. Department City Planning reveals new details, and a potential timeline, for CMNTY Culture's proposed office and entertainment complex at the intersection of Sunset Boulevard and Highland Avenue in Hollywood. 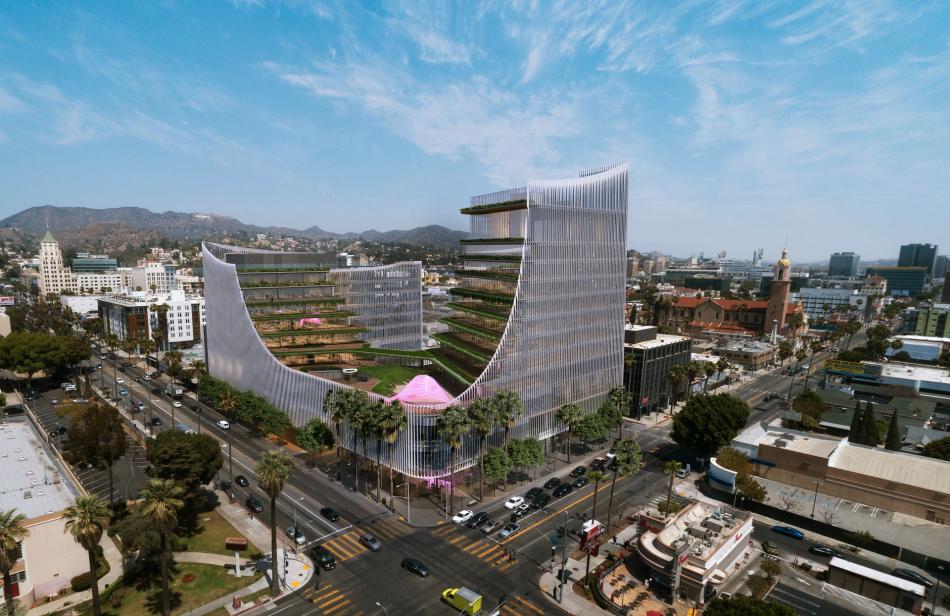 The project at 6767 W. Sunset Boulevard , which would occupy a C-shaped site that also fronts McCadden Place, calls for the construction of two mid-rise towers. Per the initial study, the completed development would include approximately: 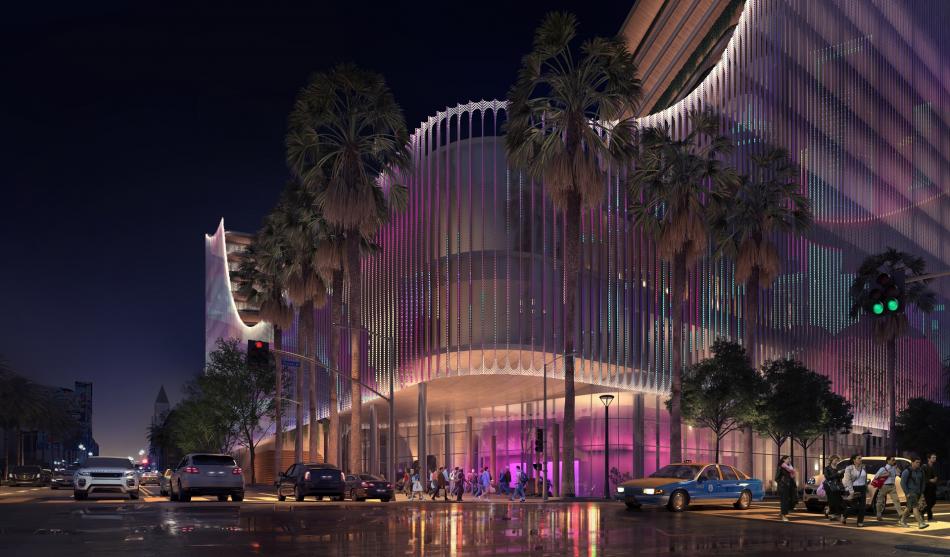 Designed by HKS and landscape designer Hood Design Studio, the CMNTY Culture campus, which would consist of interconnected buildings rising 12 and 14 stories in height. The taller of the two buildings, per the initial study, would stand approximately 285 feet in height.

The shared podium between the towers would be capped by a new event terrace, providing open space for office tenants. Several other terraces are also proposed along the upper levels of each building. Additional publicly accessible open space, consisting of two street-level plazas, is planned along Highland Avenue to the west.

Pending discretionary approvals by the City of Los Angeles, including a zone change and a conditional use permit for alcohol sales, construction of the CMNTY Culture Campus is expected to commence sometime in 2024 and conclude by 2027.

CMNTY Culture, founded by music producer Philip Lawrence and business manager Thomas St. John, kicked off plans for the project in late 2021, when it acquired a parcel at 6767 W. Sunset Boulevard for $9.1 million. In September, the company closed on a $44 million purchase of three remaining parcels at the project site. 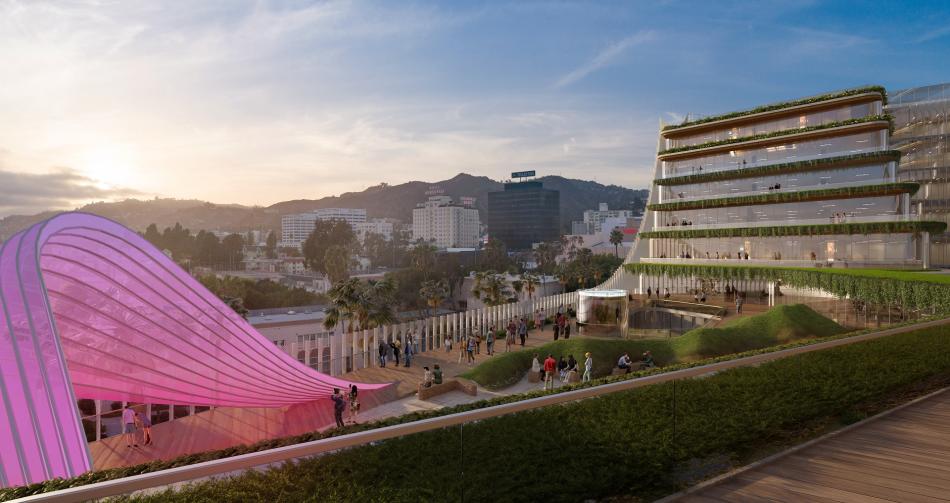 Despite the scale of the CMNTY Culture campus, the project will be dwarfed by a neighboring development to the east: the mixed-use Crossroads Hollywood complex. Harridge Development, the firm behind the project, has secured a $485-million construction loan for a project which would feature up to 950 apartments, a 308-room hotel, and 190,000 square feet of commercial space in buildings rising up to 32 stories in height.

Update: A representative of CMNTY Culture has reached out to clarify that while the project's initial study points to a construction schedule starting in 2025 and concluding in 2028, plans call for work to begin in 2024 and wrap up by 2027.