A staff report to the Pasadena Design Commission reveals an updated look for a proposed development that would replace a stretch of commercial buildings just south of the 210 Freeway with a new multifamily residential building. 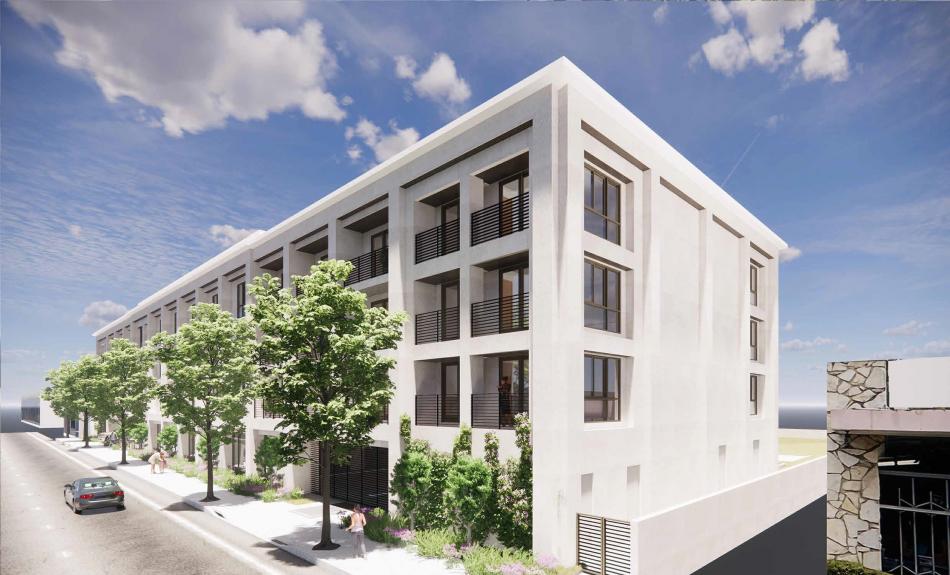 The project, revealed roughly one year ago, is slated for a mid-block property located at 1501-1525 E. Walnut Street. Plans call for the construction of a new four-story, approximately 43,000-square-foot building featuring 83 apartments - all of which are described as single-room occupancy units. A single caretaker unit for an on-site manager is also proposed, as well as 48 parking stalls at ground level.

Project applicant 1501 Walnut, LLC - an entity managed by Tajen Lee -would set aside 16 of the apartments be set aside for rent by low-, very low-, and medium-income households. That figure is down from the 30 very low- and medium-income units planned last year, although the smaller set-aside provides more units at a deeper level of affordability. The inclusion of on-site affordable housing allows the project to exceed the site's by-right allowable density of 60 units.

Pasadena-based Tyler + Kelly Architecture remains the design firm attached to 1501 Walnut, which has undergone changes requested at a prior meeting of the Design Commission, asking the project team to address facade articulation and the pedestrian realm. Proposed exterior finishes include stucco, aluminum and stone, while on-site amenities would include a dog run and a swimming pool.

The project joins a handful of other infill apartment buildings planned for properties located along a former railroad right-of-way between Walnut Street and the 210 Freeway, including townhomes and micro-units slated for sites located to the west across Hill Avenue.