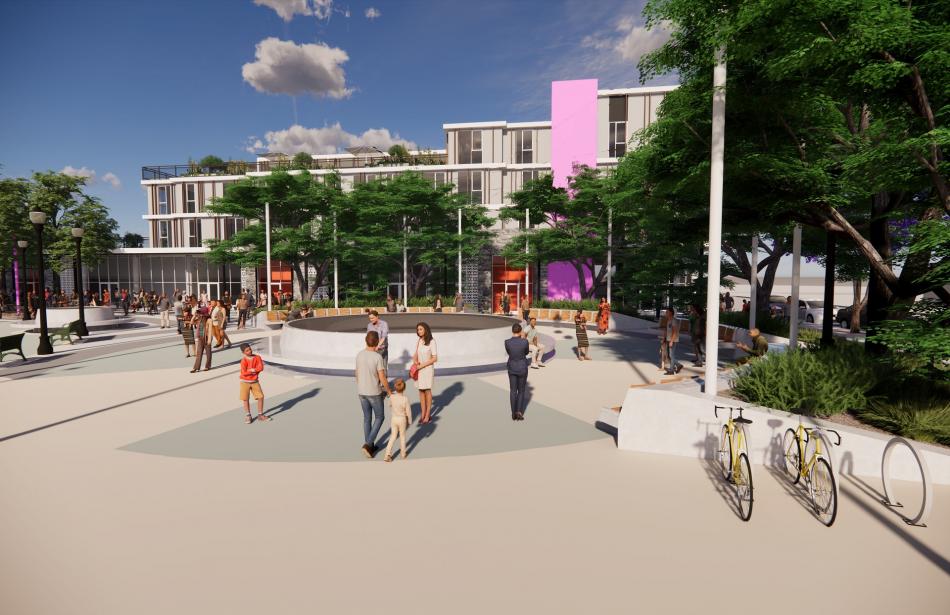 Rendering of the Lucha Reyes apartments from Mariachi PlazaY&M Architects

Two years after securing development rights to the property at 125 N. Bailey Avenue, non-profit builder East L.A. Community Corp. (ELACC) has submitted an application to the Planning Department seeking entitlements for the Lucha Reyes apartments. The proposed project, which would also front Pennsylvania Avenue, calls for the construction of a four-story building featuring 60 studio, one-, two-, and three-bedroom apartments above basement and street-level parking for 42 vehicles.

Designed by Y&M Architects, the project is depicted in renderings as a contemporary low-rise building with ground-floor community spaces that open directly onto Mariachi Plaza. The apartment complex would have an O-shaped footprint above the first floor, wrapping a landscaped central courtyard. Additional open space would be provided in the form of a rooftop deck. 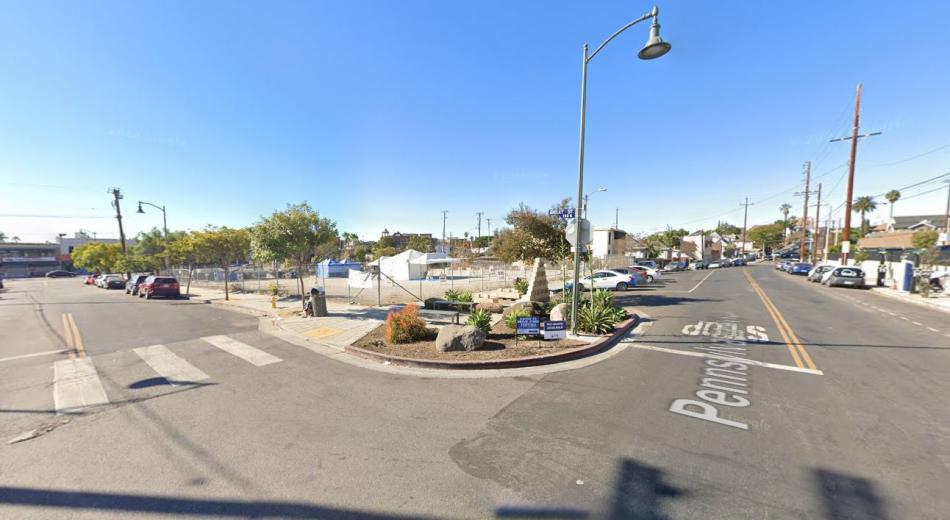 According to a landing page on the East L.A. Community Corp. website, the apartments at Lucha Reyes will be split between traditional affordable housing and permanent supportive housing for transition-aged youth. The 29 affordable units would be set aside for families and individuals earning between 30 and 50 percent of the area median income level.

As part of an agreement between Metro and the developer, a second vacant parcel that the transit agency owns at the same intersection is also to be converted to a community garden. That is considered a separate project from the apartment building. 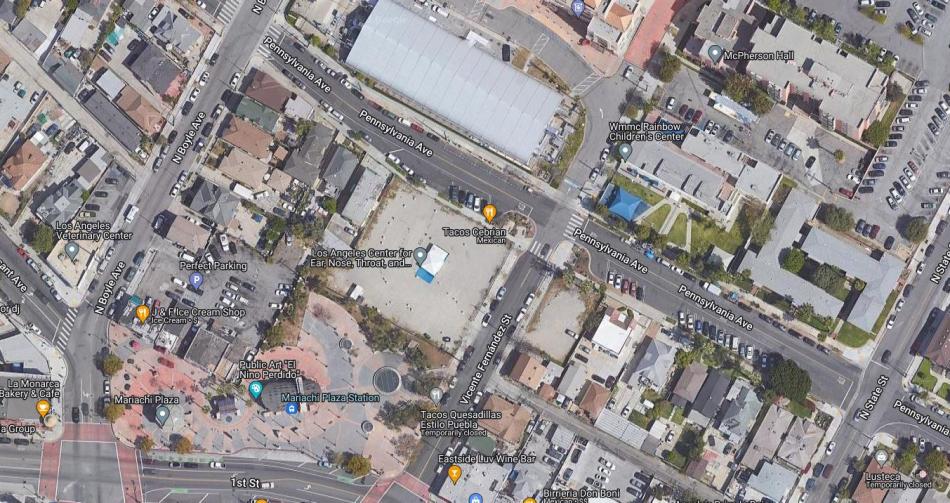 The project is one of a half-dozen affordable housing developments either planned or built on publicly-owned land surrounding L Line stations in Boyle Heights, following the Santa Cecilia apartments at 1st Street and Boyle Avenue and the La Guadalupe apartments now taking shape at the same intersection. ELACC has also developed several sites near Soto Station, such as the Los Lirios apartments now under construction just south of 1st Street.