After suffering damage from multiple fires, the more than century-old Lincoln Hospital and Boyle Heights met with the wrecking ball in 2021. Now, according to a presentation scheduled for the January 12 meeting of the Boyle Heights Neighborhood Council's Planning Committee, the currently vacant lot is slated for a new residential development from one of the community's most prolific builders.

East L.A. Community Corp., according to the agenda, recently acquired the roughly 1.2-acre property at 443 S. Soto Street, which has an L-shaped footprint that also touches Breed Street to the west. Plans which have yet to be filed with the L.A. Department of City Planning call for redeveloping the vacant lot with a new complex consisting of 140 units of affordable and permanent supportive housing. 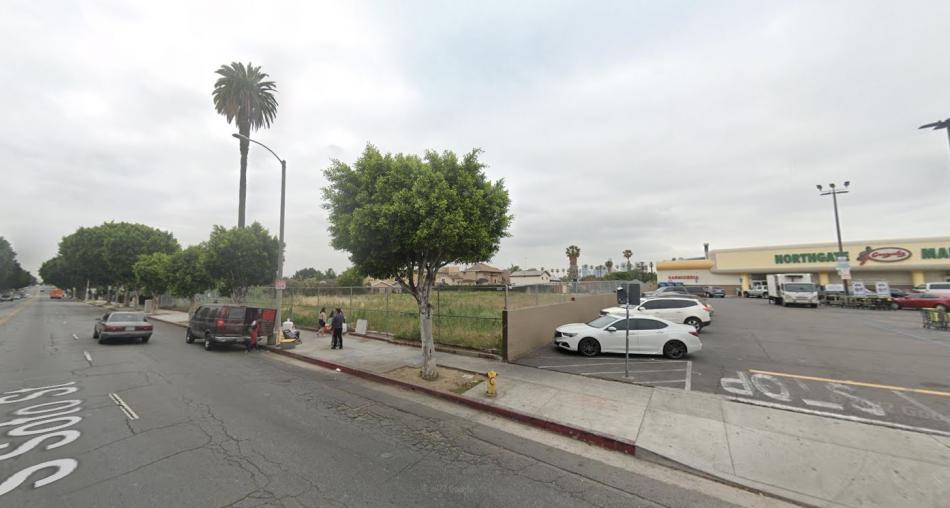 The proposed apartment complex would include a mix of one-, two-, and three-bedroom dwellings, as well as ground-floor commercial space and community space.

The agenda item indicates that Y&M Architects is designing the project.

Lincoln Hospital, originally known as the German Hospital, was built in 1904 at its home just south of 4th Street, according to Los Angeles Revisited. After a failed plan to convert the building into a charter school fizzled in 2017, the property burned in a series of fires over the coming years, resulting in its eventual destruction in 2021.

ELACC, which is taking control of the property, has developed a number of similar affordable and supportive housing complexes across the Boyle Heights community, including the Los Lirios apartments now rising at Soto Station and a proposed complex next to Mariachi Plaza.