A full city block in South Pasadena's commercial core is up for redevelopment with a mixed-use project that would feature housing and commercial space, according to an environmental report just published by the city. 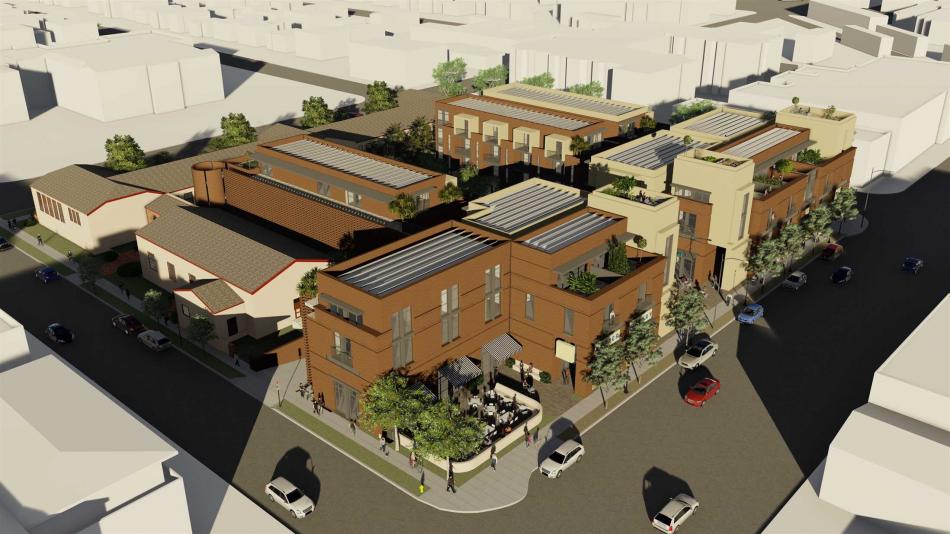 The proposed project from FSM Sopas, LLC - a Downtown-based entity managed by Brian and Yonah Drog - is dubbed Fairview Court for one of its street frontages. The site sits one block east of the South Pasadena Metro stop, and is bounded by Mission Street to the north, Fairview Avenue to the east, Diamond Avenue to the west, and El Centro Street to the south.

Fairview Court would consist of a new four-story building facing Mission Street, featuring 108 residential units in a mix of studio, one-, and two-bedroom floor plans and 22,000 square feet of commercial space. A total of 19 units would be set aside as affordable housing.

Gangi Architects is designing the 1.9-acre development, which would employ brick and stucco exteriors on buildings that are designed to resemble other vintage structures in South Pasadena. 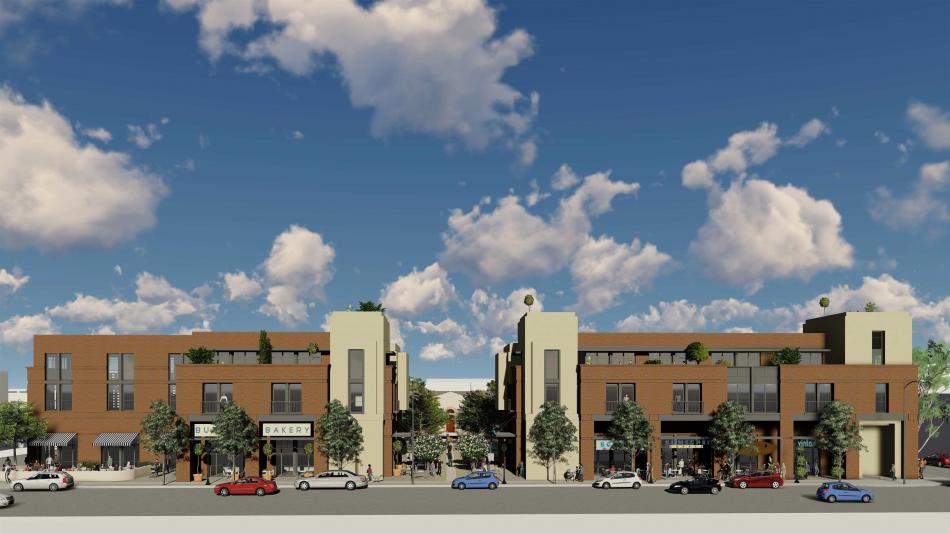 While much of the project site is developed with surface parking, the property also includes a school administrative building and auditorium completed in the 1920s and 1930s - both of which have historic protections. Both structures are intended to be retained and converted into commercial space to serve the larger project.

Images also show large open spaces interspersed throughout the site, including a central courtyard opening to Mission Street and terrace decks on the new buildings. 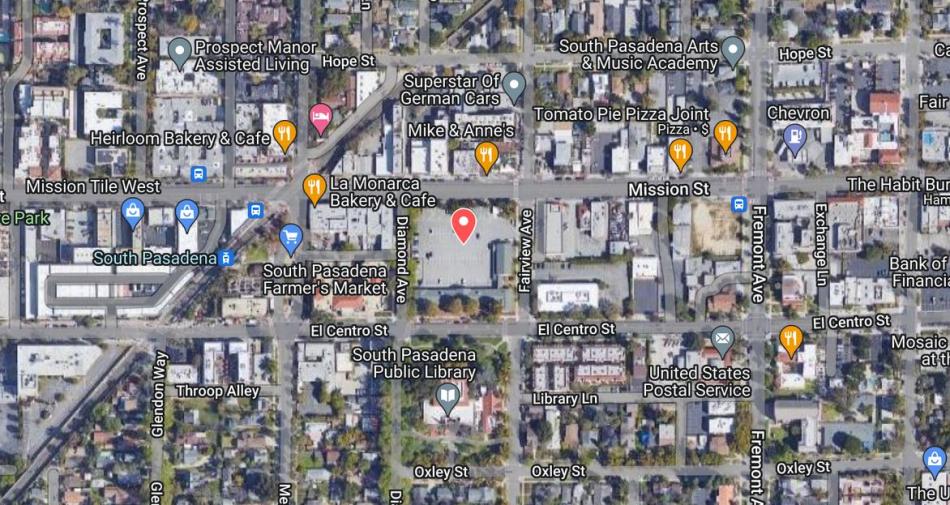 The project is one of at least three new housing and commercial developments planned within walking distance of South Pasadena Station, including Mission Bell at 1105-1115 Mission Street, Arbor Square at 815 Fremont Avenue, and Seven Patios at 845 El Centro Street.