After a decade of discussion, the latest makeover of L.A.'s oldest and most-frequently revamped park is just about ready for construction. 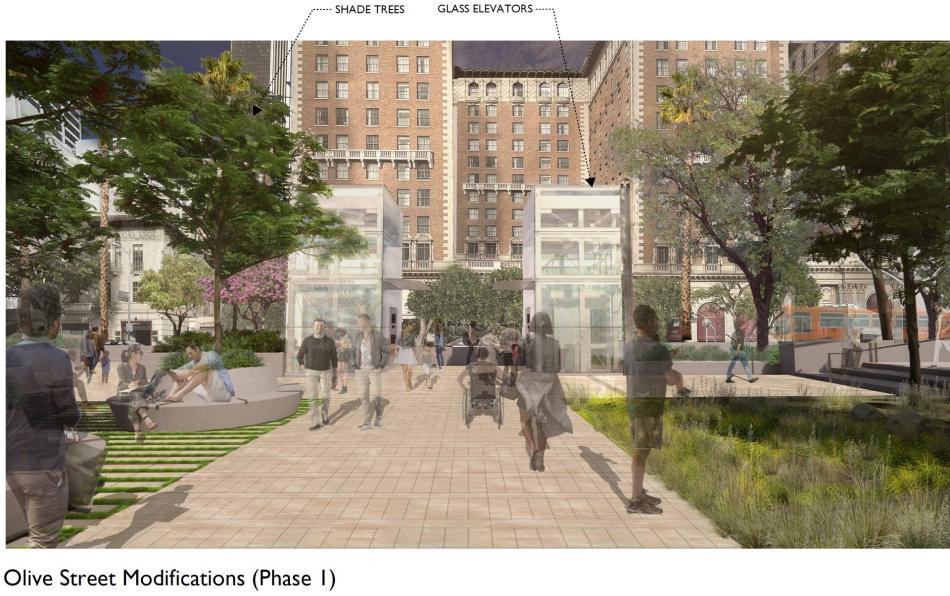 At its meeting scheduled for May 19, the Los Angeles Board of Recreation and Parks Commissioners is slated to sign off on final plans for Phase 1A of the Pershing Square renovation. The proposed improvements, focused on the five-acre park's western face along Olive Street, include the removal of the existing cafe structure and vertical circulation elements, making way for new landscaping, a street-level entry plaza, and two new glass elevators to access the parking garage below.

Not included in the current scope of plans, which will cost approximately $6.7 million to complete, are proposed edge improvements along the park's northern and southern frontages along 5th and 6th Streets. Likewise, a second phase of the renovation, which would close garage entrances and exits along Hill Street to create a new entrance promenade on the park's eastern face, remains in the planning stage, and will not move forward until funding becomes available. 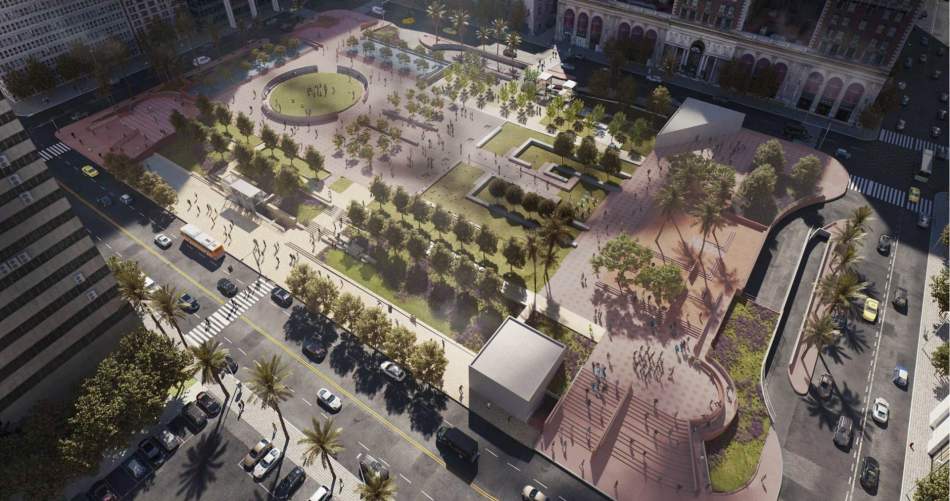 The effort to revamp Pershing Square kicked off 2012, when now ex-Councilmember Jose Huizar began community oureach and planning efforts within the Downtown neighborhood. That process culminated in 2015, with a public design competition which yielded a winning submission from Agence Ter and SALT Landscape Architects which called for shaving down the roof of the parking garage which sits beneath the park to flatten its surface. A rapidly rising price tag, pegged at more than $110 million, has since relegated that original concept, dubbed "Radical Flatness," to an aspirational third phase to the makeover. The initial two phases, for comparison, were previously estimated to cost $25 million to implement.

Pershing Square, which originated as a public square in the 1860s, has undergone a number of changes in its more than 150 years as a park. According to the L.A. Conservancy, its original layout was created in the 1880s by city engineer Fred Eaton, which was followed by a Beaux Arts design by architect John Parkinson in the early 20th century. That look was discarded in the 1950s, when the parking garage which now sits below the park was excavated, thus requiring raising the plane of the park above street level.

The current look of Pershing Square, created by architect Ricardo Legorreta in the early 1990s, includes a stylized earthquake fault and installations which reference the aqueducts which famously have supplied much of the city's water. However, the existing format has been criticized for its "maze of walls," which cut the park off from its surroundings. 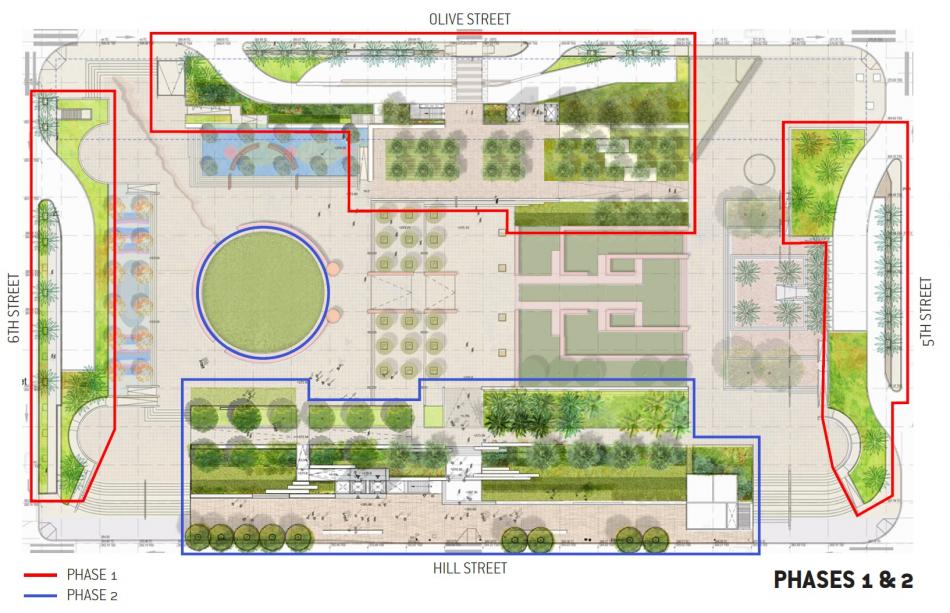