A 1930s single-family home located just south of Pico Boulevard in the Mid-City area could be razed and redeveloped with apartments, according to plans presented to the P.I.C.O. Neighborhood Council's Land Use Committee. 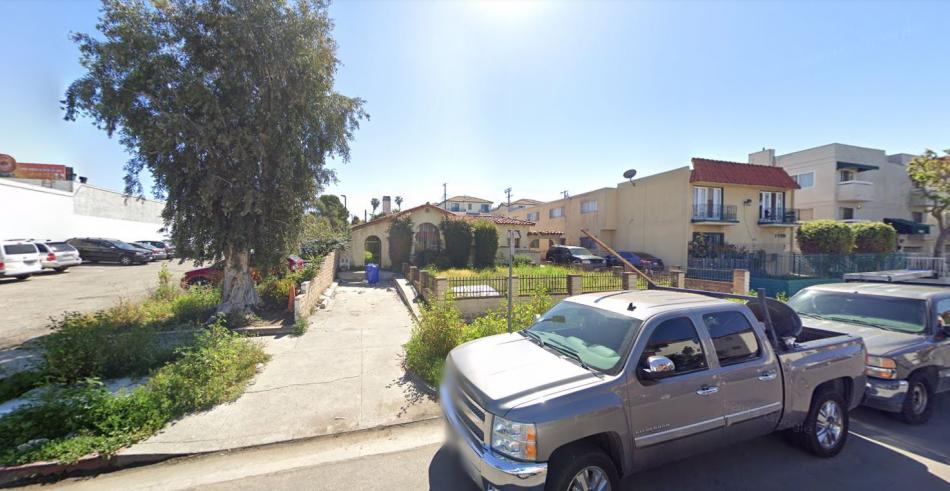 The proposed project, submitted to the Planning Department for review earlier this year, would rise from a single parcel located at 1420 S. Point View Street. Project applicant Hamid Bahrami is seeking entitlements for the construction of a new five-story edifice which would feature 23 one-, two-, and three-bedroom apartments above underground parking for 22 vehicles.

As currently planned, the building would require the approval of Transit Oriented Communities incentives permitting a taller, denser building than allowed by zoning rules. In exchange, three of the new apartments would be set aside for rent at the extremely low-income level.

Uriu & Associates is designing 1420 Point View, which is depicted in renderings as a contemporary low-rise structure with cantilevered balconies facing the street. 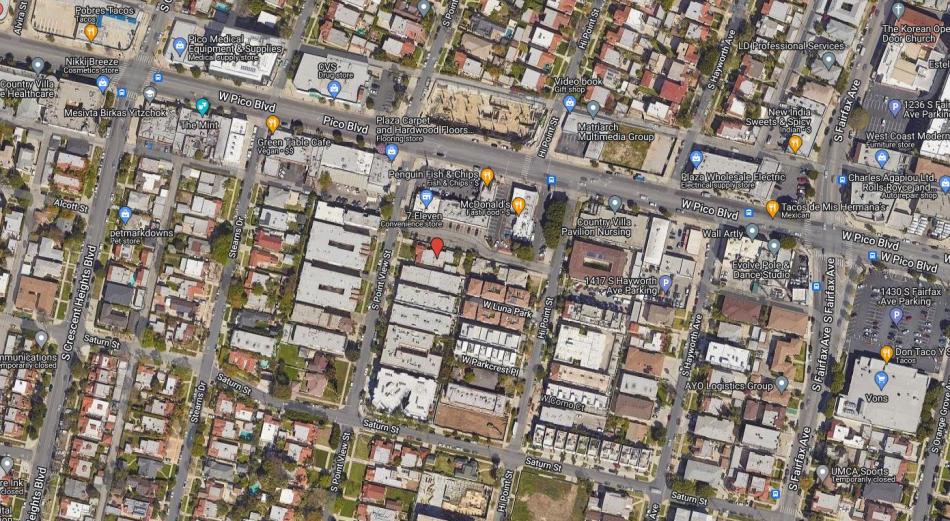 The proposed project is one of a number of similar infill developments in the surrounding blocks of Mid-City, which are zoned for apartments, but frequently developed with older single-family residences. Likewise, developer Cityview is in the midst of construction on a larger mixed-use building featuring 123 apartments and commercial uses a block north on Pico Boulevard.