A fourplex and a triplex completed just north of Santa Monica Boulevard in Westwood could make way for a larger apartment complex, according to an application recently submitted to the Los Angeles Department of City Planning. 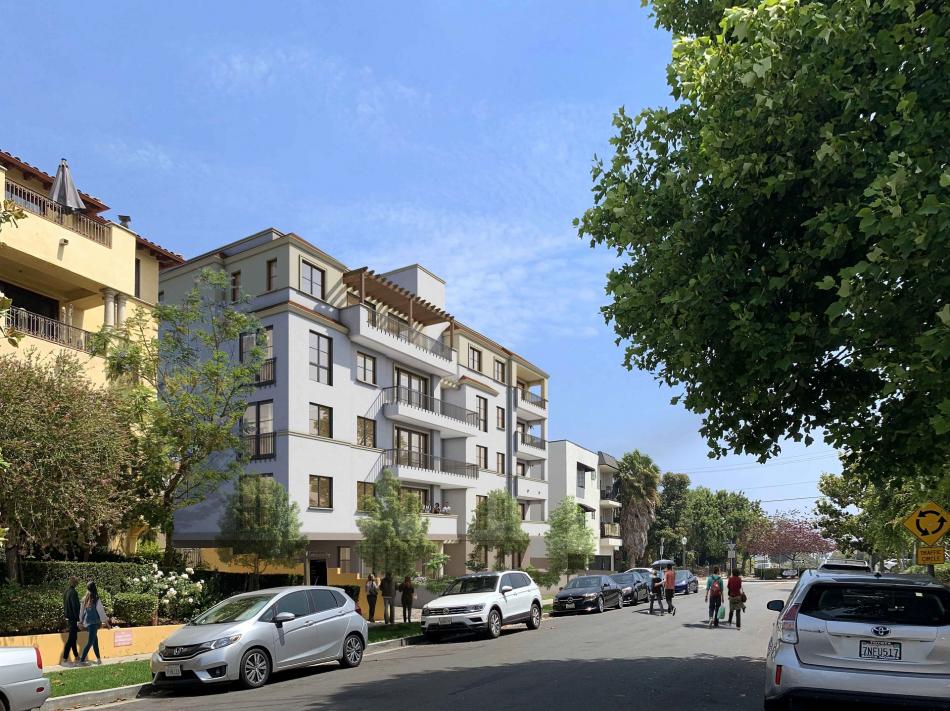 David Hanasab, a local real estate investor who owns the two properties located at 10605-10613 W. Eastborne Avenue, is seeking city entitlements to permit the demolition of both existing buildings to make way for the construction a new five-story edifice featuring 28 studio, one-, two-, and three-bedroom apartments above a two-level subterranean parking garage.

Requested entitlements include Transit Oriented Communities incentives, allowing for a taller building with greater density than otherwise allowed by zoning rules. In exchange for the incentives, three of the new apartments are to be set aside as extremely low-income affordable housing for a period of 55 years after completion.

Mika Design Group is designing the Eastborne apartments, with Robert James Taylor Architects serving as architect of record. Renderings depict the finished product as a Mediterranean-style building with a rooftop deck and a rear yard.

Hanasab, the applicant, is also behind new apartment projects in Sawtelle and Larchmont.