Just over one years after breaking ground near the intersection of Melrose and Vermont Avenues in East Hollywood, a new apartment complex from local real estate development firm Barth Partners is now fully framed. 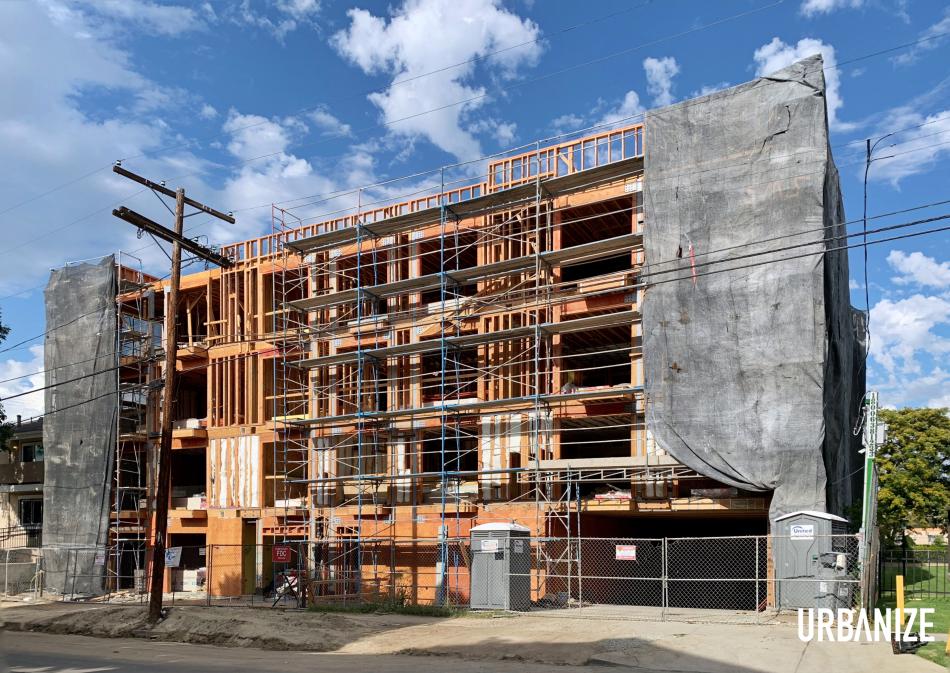 The project, located at 636 N. Juanita Avenue, replaced a pair of single-family residences with a new four-story structure which will feature 33 apartments above semi-subterranean parking for 69 vehicles. Plans call for a mix of one- and two-bedroom units, including a set-aside of extremely low-income affordability housing.

Barth's site was entitled using Transit Oriented Communities incentives to achieve greater density and floor area than otherwise permitted by the property's base zoning. The project was eligible for the incentives due to its location near high-frequency bus lines and the inclusion of on-site affordable housing.

Marcello Pozzi Architecture & Design is the design architect behind the project, with Aaron Brumer & Associates serving as the architect of record. The contemporary low-rise structure will feature amenities including a resident lounge and a gym.

At the time of the project's construction financing was announced in April 2021, completion was expected by the end of 2022.

Barth Partners, which is building its East Hollywood apartments less than a half-mile south of the Los Angeles City College and Metro's Vermont/Santa Monica subway station, is also behind plans for infill housing just south of the Sunset Strip in West Hollywood.