An application filed earlier this with the Los Angeles Department of City Planning unveiled a proposal from Beverly Hills-based Hawkins Way Capital to build a co-living apartment tower a block south of the Hollywood Walk of Fame. Now DLR Group, the project's architect, is now revealing new renderings (and new details) about the project. 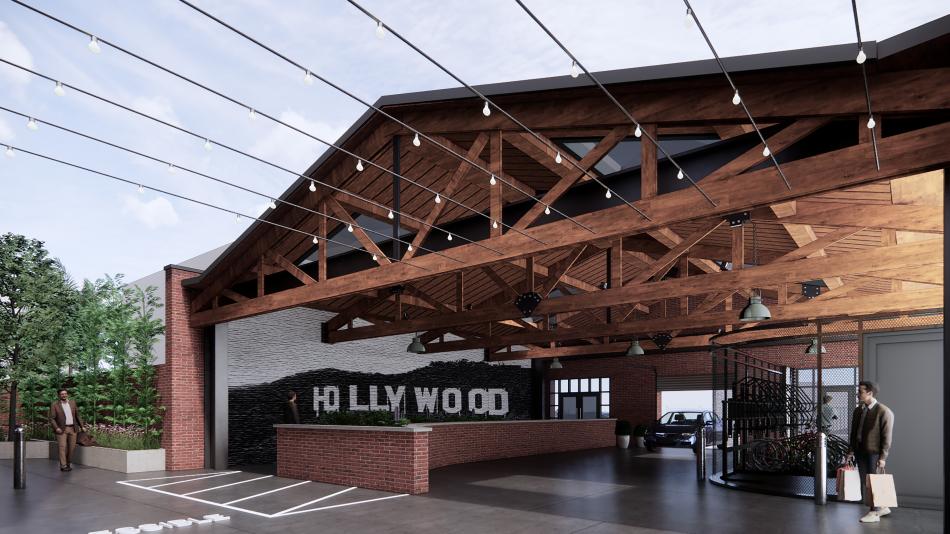 The FOUND Residences Hollywood, slated to replace the rear portion of the Concept Arts Building at 6422 Selma Avenue, calls for the construction of a 14-story building featuring a total of 45 four-bedroom apartments, as well parking for 35 vehicles in stackers located at the ground level.

Hawkins Way's entitlement application relies on density bonus incentives to permit greater floor area and reduced setbacks than otherwise permitted by zoning. In exchange, six of the new apartments would be reserved as affordable housing at the very low-income level. 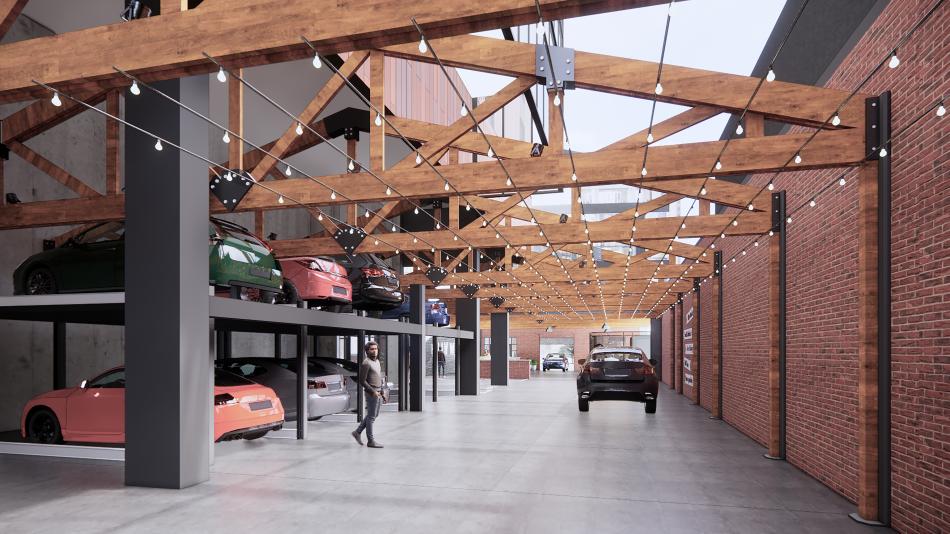 DLR Group, which is designing the FOUND Residences, has envisioned the project as a contemporary mid-rise building.

"The 175-foot tower takes its cues from the neighboring brick buildings and the last formerly known garage building, which was built exclusively for automobiles in the 1920s, that sits on the site," reads a narrative released by DLR Group. "The historic building will once again welcome automobiles under its roof as a new porte-cochère and residential entry into the building with 35 carports via a mechanical car lift system. FOUND Residences is cladded in the same hue and pattern as the original red brick found in the historic building but with a modern twist utilizing fiber cement panels and introducing a different scale to offer a variety from the existing façade. Perforated metal enclosure with operable panels wraps the balconies on the west and east facades to offer views of Hollywood. At the upper levels, the building terraces back for multiple outdoor roof decks for residents offering stunning sunset views. The building is also fashioned with multiple common living rooms, a fitness center, and three roof decks." 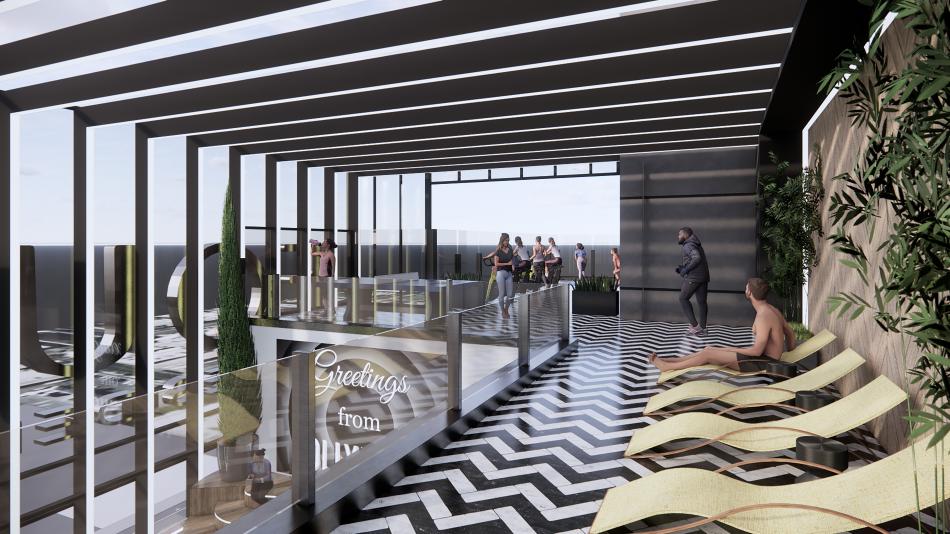 The developer and DLR Group are currently consulting with Hollywood Heritage and the Planning Department's Office of Historic Resources on the restoration of the Concept Arts Building, and anticipates that construction of the project will be completed by 2024.

Hawkins Way Capital is not a stranger to the Hollywood community, having previously restored the Mark Twain Hotel a short distance west on Wilcox Avenue. The company's projects find itself in the heart of a budding hotel district, anchored by the Dream Hotel across Selma, as well as Mama Shelter and other recently-opened establishments to the west on Selma. 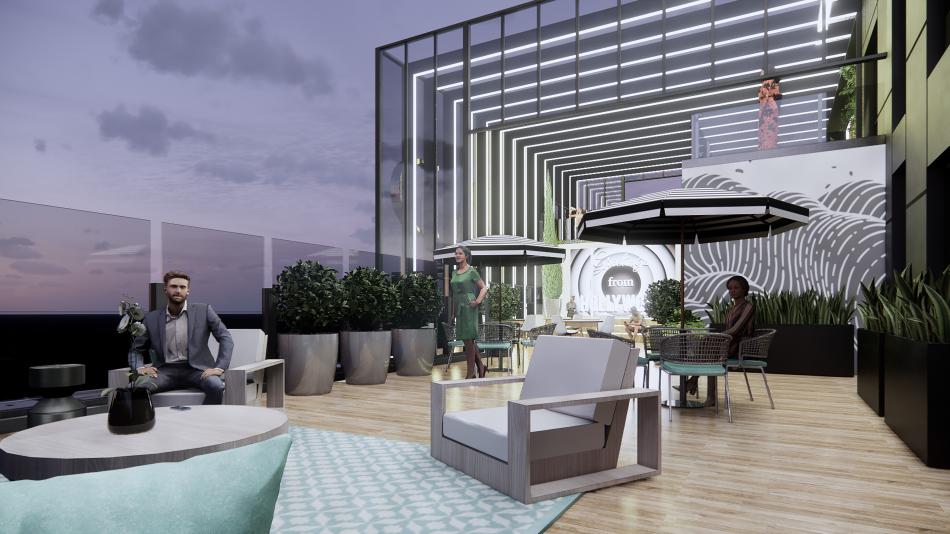