This week, the Santa Monica Planning Commission is scheduled to review the proposed development agreement for the Ocean Avenue Project, a proposal from Worthe Real Estate Group. Slated for an L-shaped property at the intersection of Ocean and Santa Monica Boulevard, the project calls for clearing most of the two-acre site to make way for the construction of:

The proposed housing would include 25 deed-restricted affordable units - priced friced for renters earning 30, 50, and 80 percent of the area median income, as well as moderate-income households - in addition to 11 rent-controlled apartments. The remaining units would be rented at market rate.

Additionally, two existing landmarked buildings - 1333 and 1337 Ocean Avenue - would be retained to serve as a component of the proposed cultural campus. 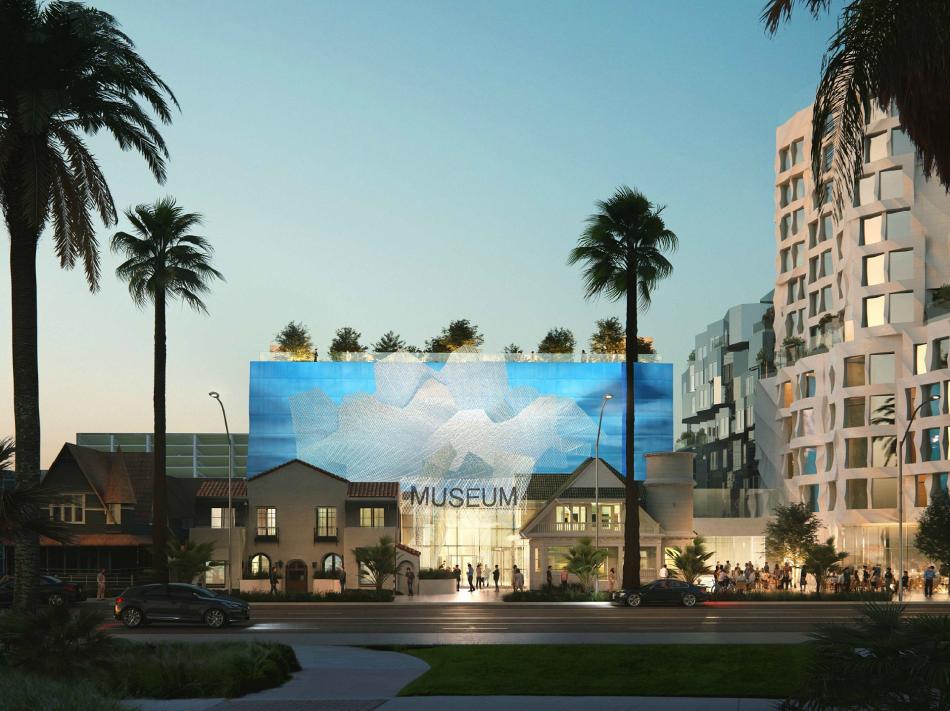 Designed with the undulating, sculptural facades that typify many of Gehry's Los Angeles-area buildings, the largest structures at the Ocean Avenue Project would reach 130 feet above street level - the tallest heights permitted by the Downtown Santa Monica Community Plan. Publicly-accessible paseos run through the center of the property, providing pedestrian connections between Ocean Avenue, Santa Monica, 2nd Street, and 1st Court. Plans also call for a series of terraces on the upper floors of the buildings, including a public observation deck above the hotel.

According to the project's environmental study, construction is expected to occur in a single phase over 34-to-36 months. 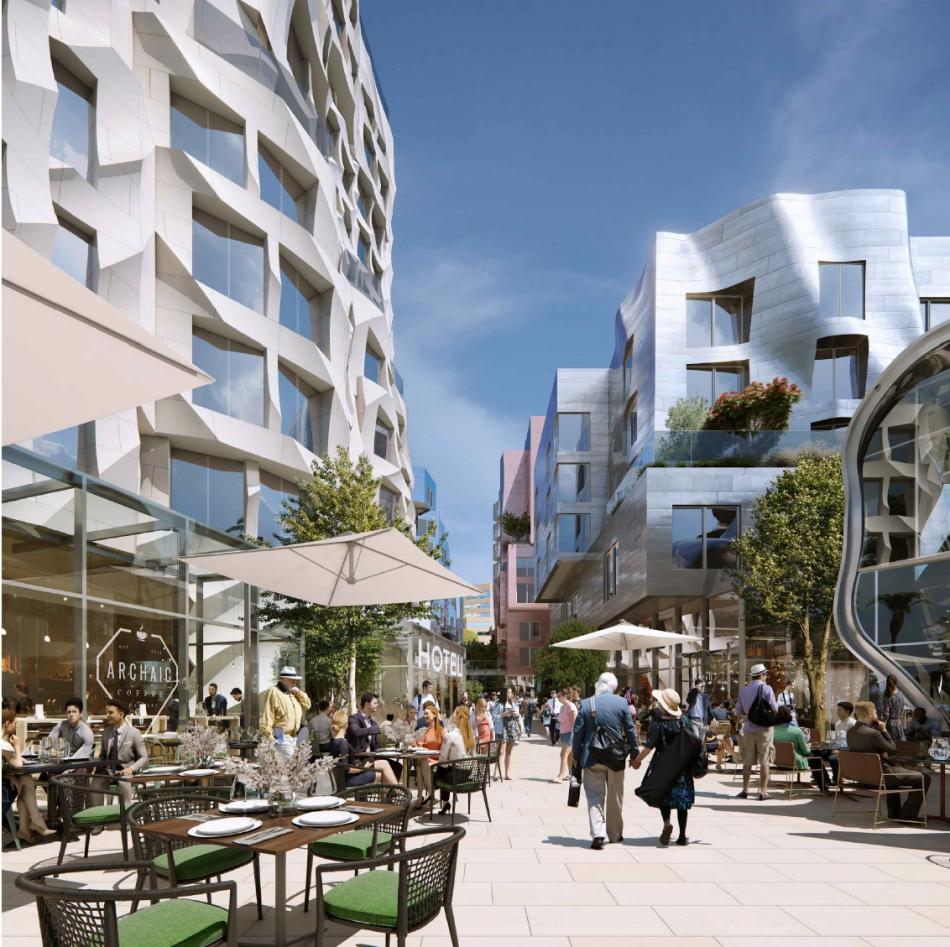 Per a financial analysis submitted to the Planning Commission, the expected construction cost for the Ocean Avenue Project is approximately $243 million, with soft costs escalating the total budget to approximately $350 million. 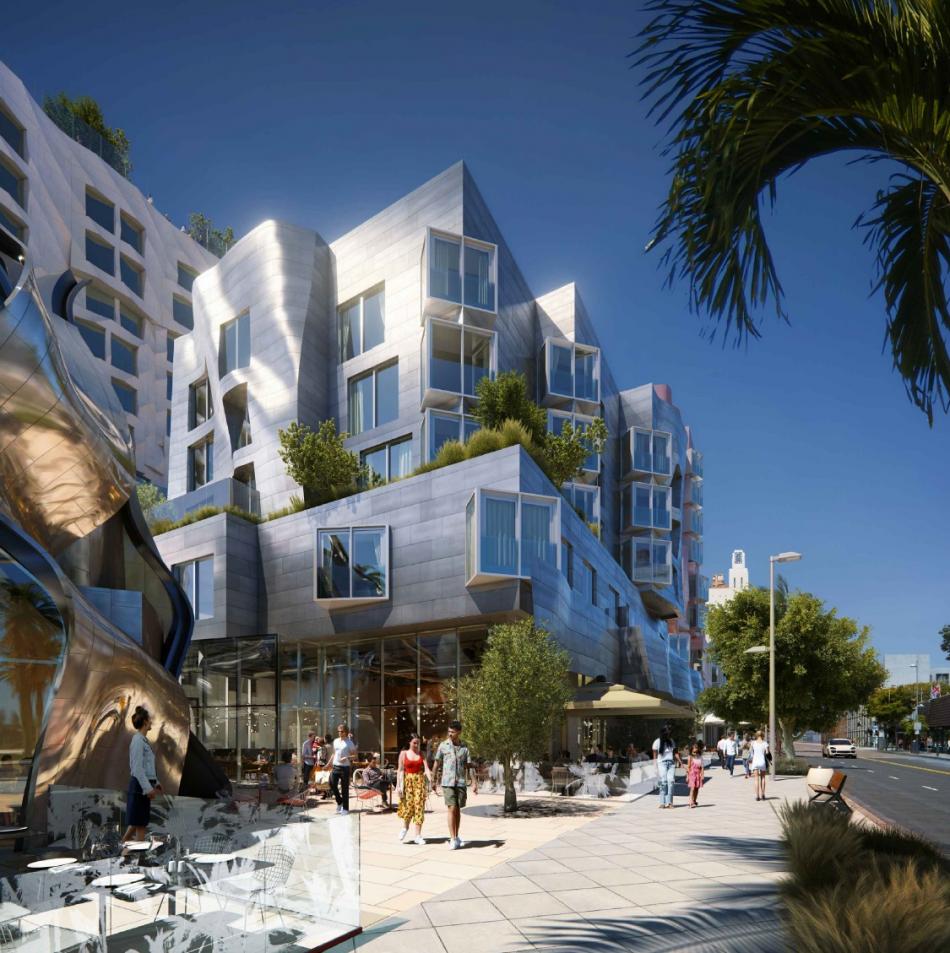 The Ocean Avenue Project is one of a handful of large mixed-use projects in the works for Downtown Santa Monica, including a proposed revamp and expansion of the Miramar Hotel by Pelli Clarke Pelli. A large multifamily residential complex from Related Cos. is also poised to break ground this summer at the intersection of Lincoln Boulevard and Broadway.

Worthe Real Estate Group, the developer behind the Ocean Avenue Project, is also working with Frank Gehry on the Warner Bros. Second Century expansion in Burbank. 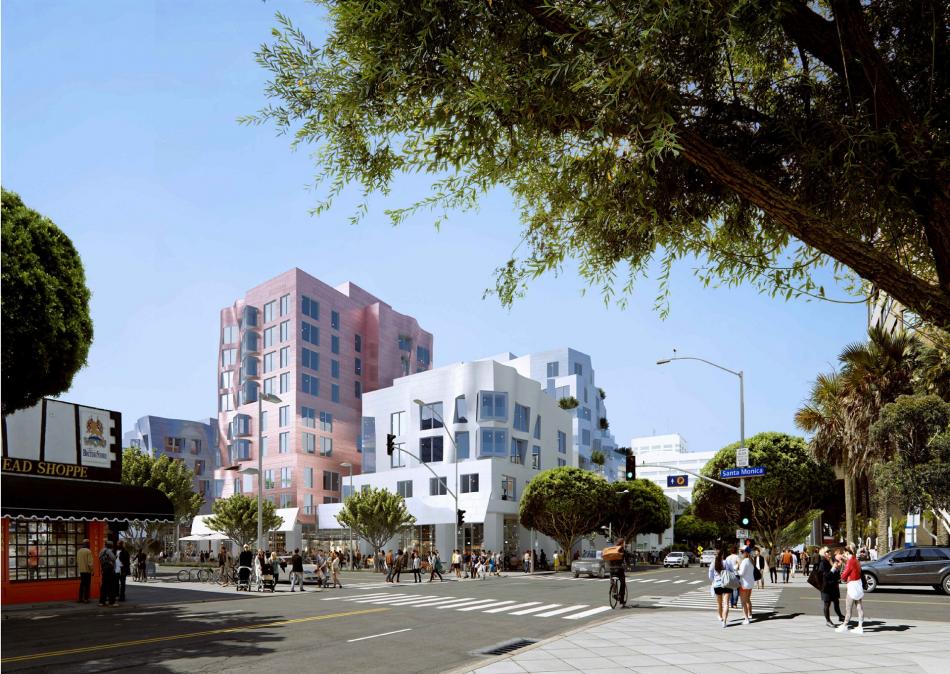