The Laemmle NoHo 7 theater in North Hollywood is up for redevelopment, according to an application submitted last week to the Los Angeles Department of City Planning.

Grubb Properties, a North Carolina-based real estate development firm which acquired the property at 5240 Lankershim Boulevard for $9.5 million in May 2021, is seeking approvals to raze the existing theater building, clearing the way for the construction of a new seven-story building featuring 128 rental apartments above 5,000 square feet of ground-floor retail space and semi-subterranean parking for 71 vehicles. 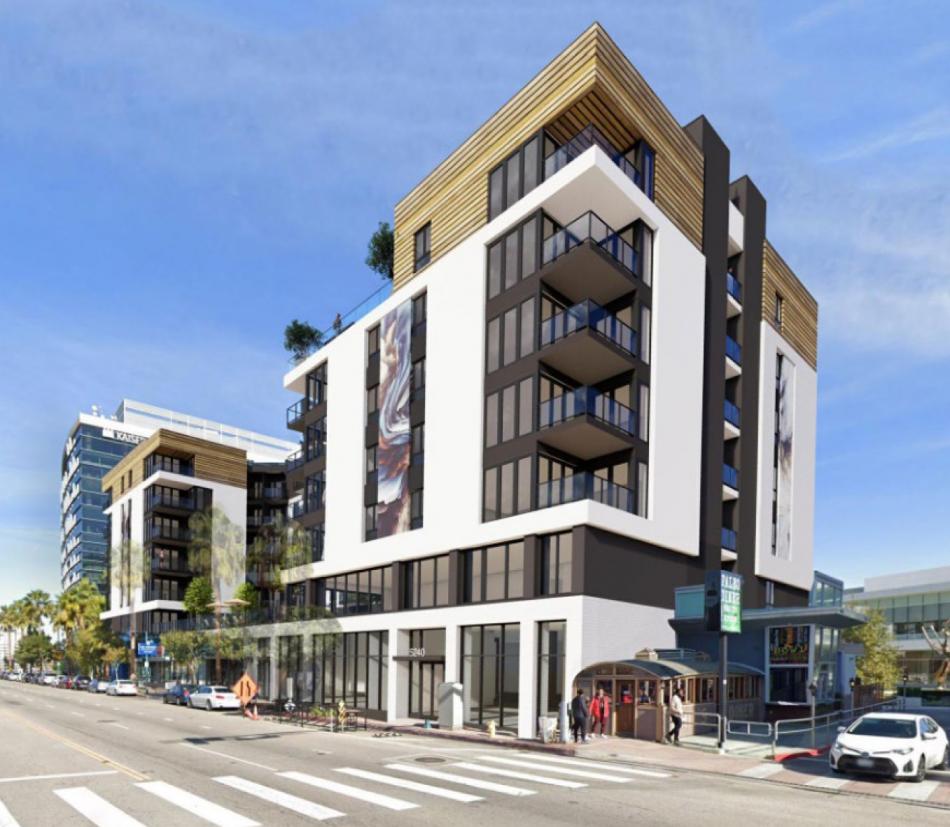 The developer's entitlement application relies on Transit Oriented Communities incentives to permit a structure that is larger than otherwise permitted by zoning regulations. In exchange, 13 of the proposed apartments would be set aside for rent as affordable housing at the extremely low-income level.

Urban Architecture Lab and MJS Design Group lead the design team for the project, which is called the Link Apartments NoHo.

According to an informational brochure created by Grubb Properties, the company expects to spend $68.1 million on the North Hollywood project, or roughly $582,000 per unit.

Completion is expected in 2025, per the brochure, which also indicates that Grubb Properties is working to secure Chipotle as an anchor tenant for the ground-floor retail space. 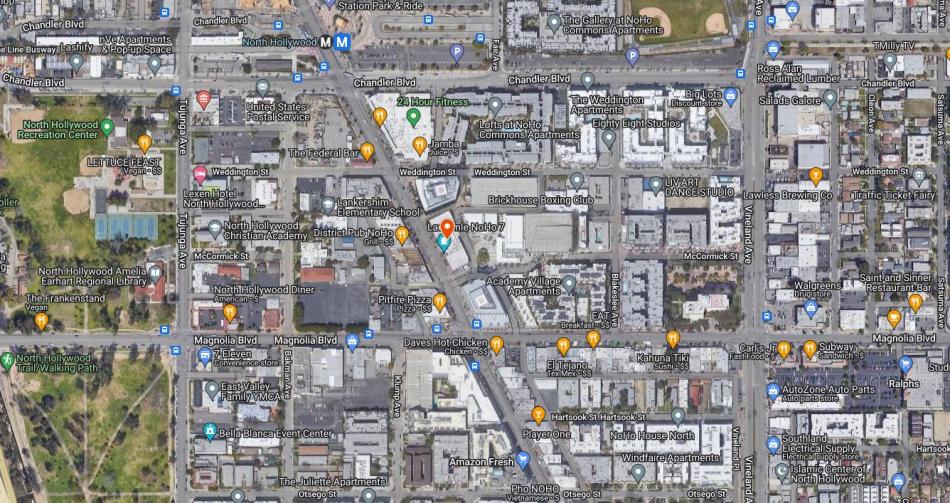 The project is one of a number of new mixed-use developments in the works surrounding North Hollywood Station, which serves as a terminus for both the G Line busway and the B Line subway. Construction is already in progress for a 127-unit development from Richman Group adjacent to the transit hub, and a $1-billion high-rise complex is slated to replace the station's surface parking lots in the near term future.

Grubb Properties is planning several similar projects in the City of Los Angeles, including one development already in entitlements at 950 S. Berendo Street in Koreatown.