Since purchasing the Helms Bakery in the early 1970s, Walter N. Marks, Inc. has spent decades transforming the property into a destination for dining and shopping. Now, the company turns its sights to a parking lot across the street, with plans for a ground-up development. 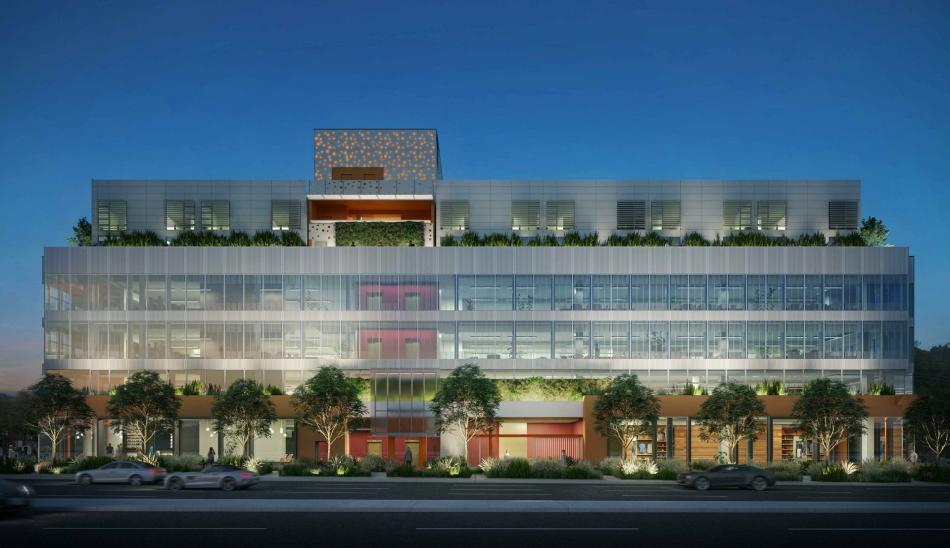 According to a presentation reviewed last week by the South Robertson Neighborhood Council's Land Use Committee, the Marks family is taking steps to redevelop the property at 8787 Venice Boulevard with a six-story, approximately 148,000-square-foot development featuring 69,176 square feet of offices and ground floor retail, as well as 73 one-bedroom apartments.

Designed by Aleks Istanbullu Architects, with AC Martin serving as executive architect, the proposed development would consist of a pair of interconnected six-story buildings, located above a four-level subterranean parking garage with capacity for 329 vehicles.

The larger of the two buildings, planned along Venice between Helms Avenue to the west and Hutchison Avenue to the east, would be clad in materials including glass, metal, ceramic panels, and fiber cement panels. Plans call for approximately 14,200 square feet of retail space at street level, nearly 55,000 square feet of offices on the three floors above, and housing on the two upper levels. 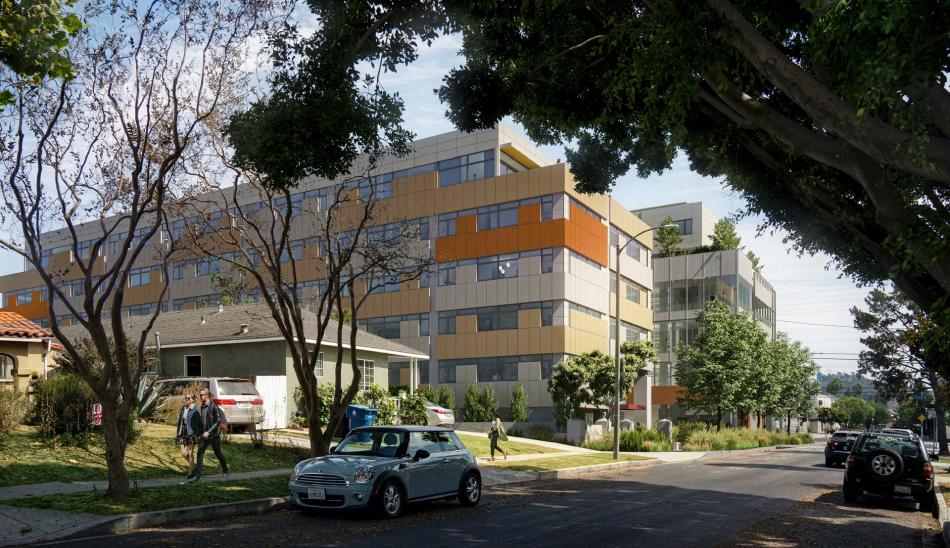 The second build, planned at the rear of the site, would feature the garage entrance at street level, with housing above. Plans show that cladding would consist mostly of fiber cement panels.

Although the project hast not been submitted to the Planning Department for entitlements, plans indicate that the buildings will include 11 very low-income affordable units, making the development eligible for density bonus incentives.

Plans from the Marks family follow a number of similar mixed-use projects that have sprung up surrounding the Helms Bakery District in the past decade, driven in part by the arrival of Metro's E Line. Directly west of the former bakery, Apple leases a 128,000 office building at Washington and National Boulevards, and has plans to build a more than 500,000-square-foot campus of its own next door. Across the street, Warner Bros. Discovery leases 240,000 square feet of office space at the $350-million Ivy Station complex, which also includes a hotel and apartments. 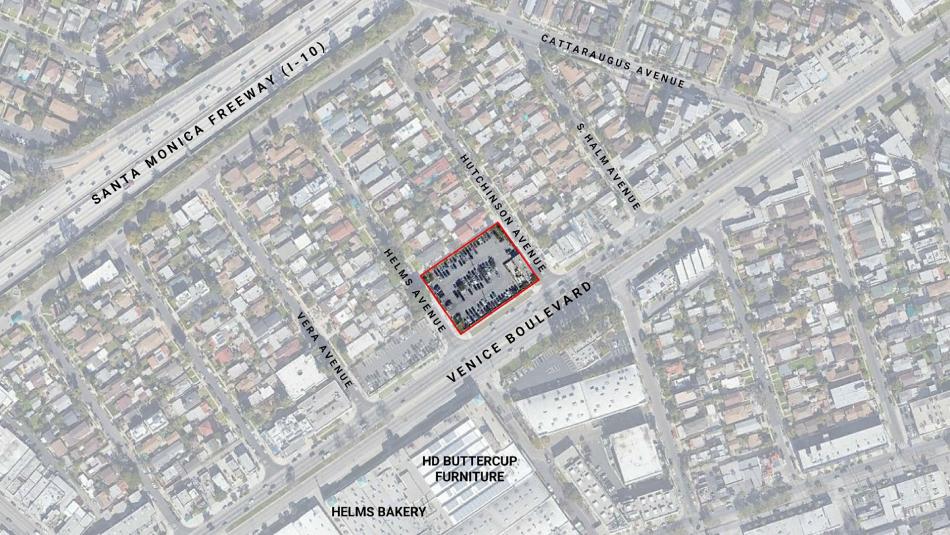 The proposed development on Venice Boulevard is not the Marks family's first foray into ground-up construction. Walter N. Marks, Inc. is also behind plans for Mirabel, a 42-story high-rise which would stand just west of the Wilshire/La Brea Metro station.