A year-and-a-half after we last checked in, a mixed-use project from local real estate investment firm Mill Creek Development is now fully framed just south of the Fuller Theological Seminary in Pasadena. 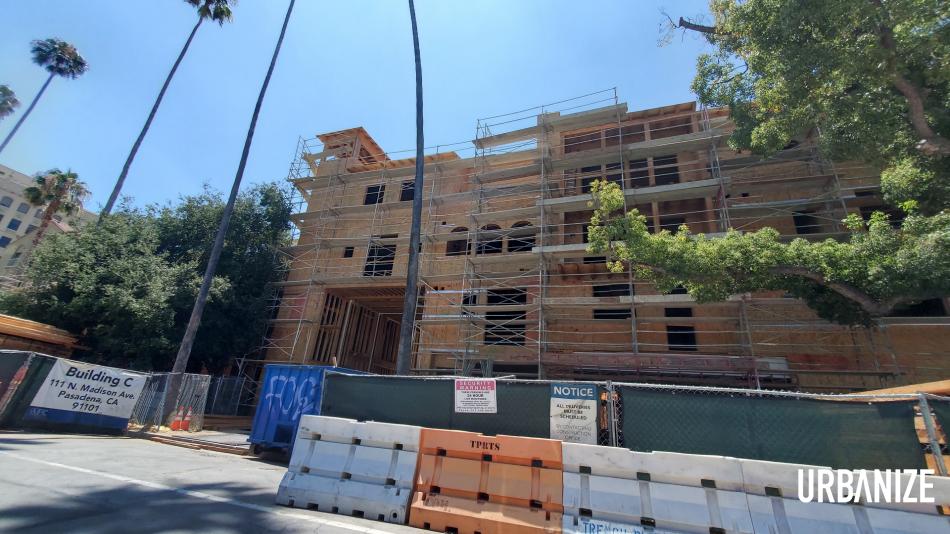 The project, called Olivewood Village, includes two separate properties located at 535 E. Union Street and 54 N. Oakland Avenue, which were previously the site of a surface parking lot and a small commercial building. While precise plans for the site have proven elusive, a full buildout of the development will include more than 100 apartments, ground-floor commercial space, and parking.

According to a 2018 report to the Pasadena Planning Commission, Olivewood North, - located at 535 Union, will include a series of three-to-six-story buildings containing of 86 residential units above 166 subterranean parking spaces. Olivewood South, located at 54 Oakland, consists of a six-story edifice that will feature 55 age-restricted senior apartments above parking for 108 vehicles. 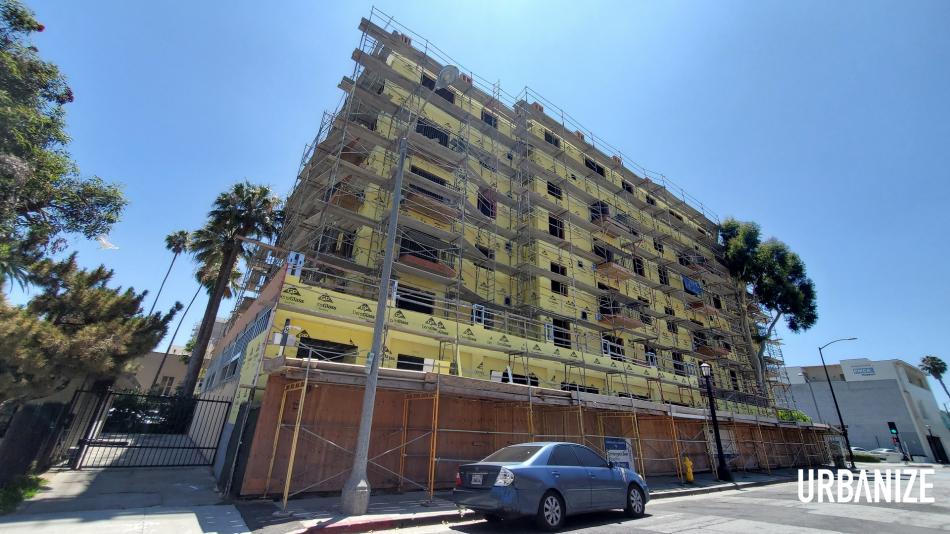 As of 2018, the project is being designed by CallisonRTKL. Pre-development and entitlement design work was done by Colorado-based [au]workshop.

Olivewood Village is the latest in a recent series of mixed-use and multifamily residential projects in the Playhouse District, including the Andalucía apartments - another project built and later sold by Mill Creek Development - and a new housing and retail complex now under construction at the intersection of Union Street and El Molino Avenue. 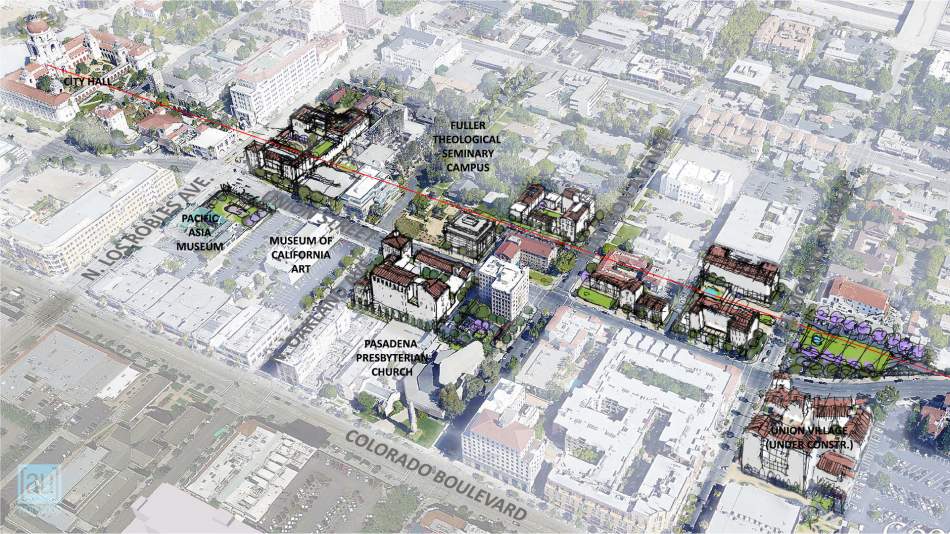 Besides housing, new open space is also taking shape in the Playhouse District. The City of Pasadena is busy adding a .67-acre pocket park on the north side of Union between El Molino and Oak Knoll Avenues.