As construction hits a key milestone at the new people mover system linking the Crenshaw/LAX Line to the LAX central terminal area, another project seeking to link the 8.5-mile light rail line to nearby destinations is taking a step forward.

Last week, the Inglewood City Council voted to approve plans for the Inglewood Transit Connector (ITC), a monorail-like system which would link the Crenshaw Line's Downtown Inglewood Station to SoFi Stadium and Intuit Dome, the future home of the Los Angeles Clippers. 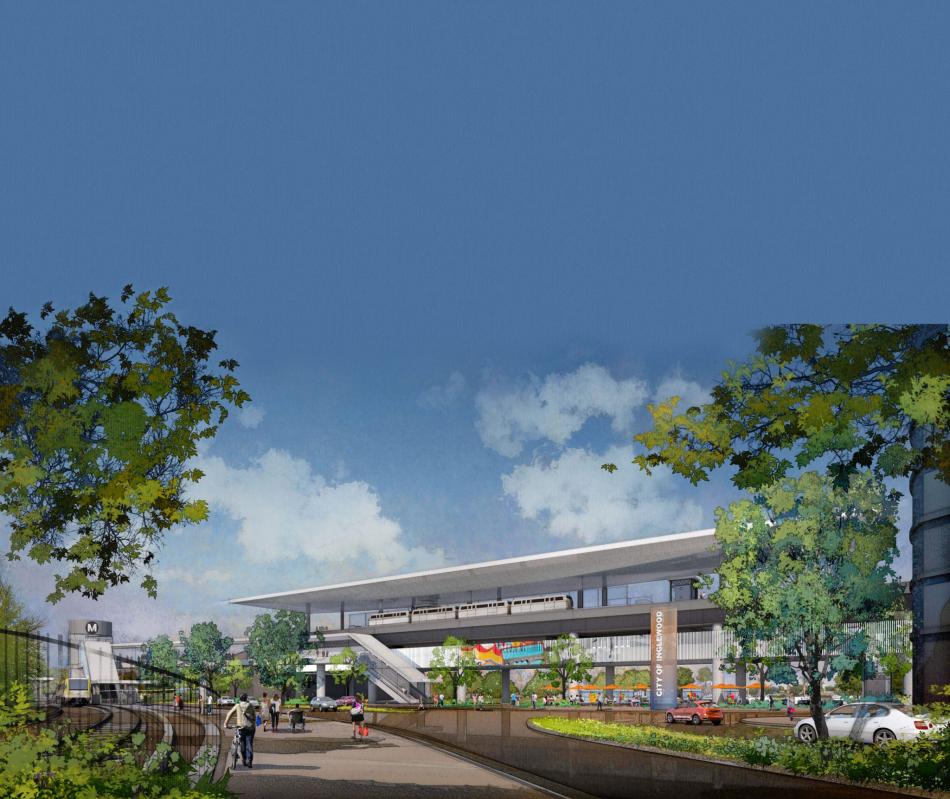 “The ITC will help make our Metro system accessible to all and work as it’s intended to work: it will actually take people where they want to go, and it will incorporate the real needs of our community,” said Inglewood Mayor James Butts in a statement. “Throughout this process, we have actively engaged with the community to develop a first-last mile solution that; reduces greenhouse gas emissions and reliance on single-passenger vehicles; improves air quality throughout the City and the region, and creates lasting job opportunities for Inglewood residents."

The ITC would run on a roughly 1.6-mile route, with automated electric vehicles running along an elevated viaduct above Market Street, Manchester Avenue, and Prairie Avenue. In addition to the northern terminus adjacent to the Crenshaw Line, plans also call for stops at Manchester Avenue and Hardy Avenue.

City officials estimate that the project will generate up to 700 construction jobs and 10,000 indirect jobs. Approximately $328 million in funding for the ITC has been secured to date, with an additional federal environmental review process expected to make the project eligible for new funding sources. 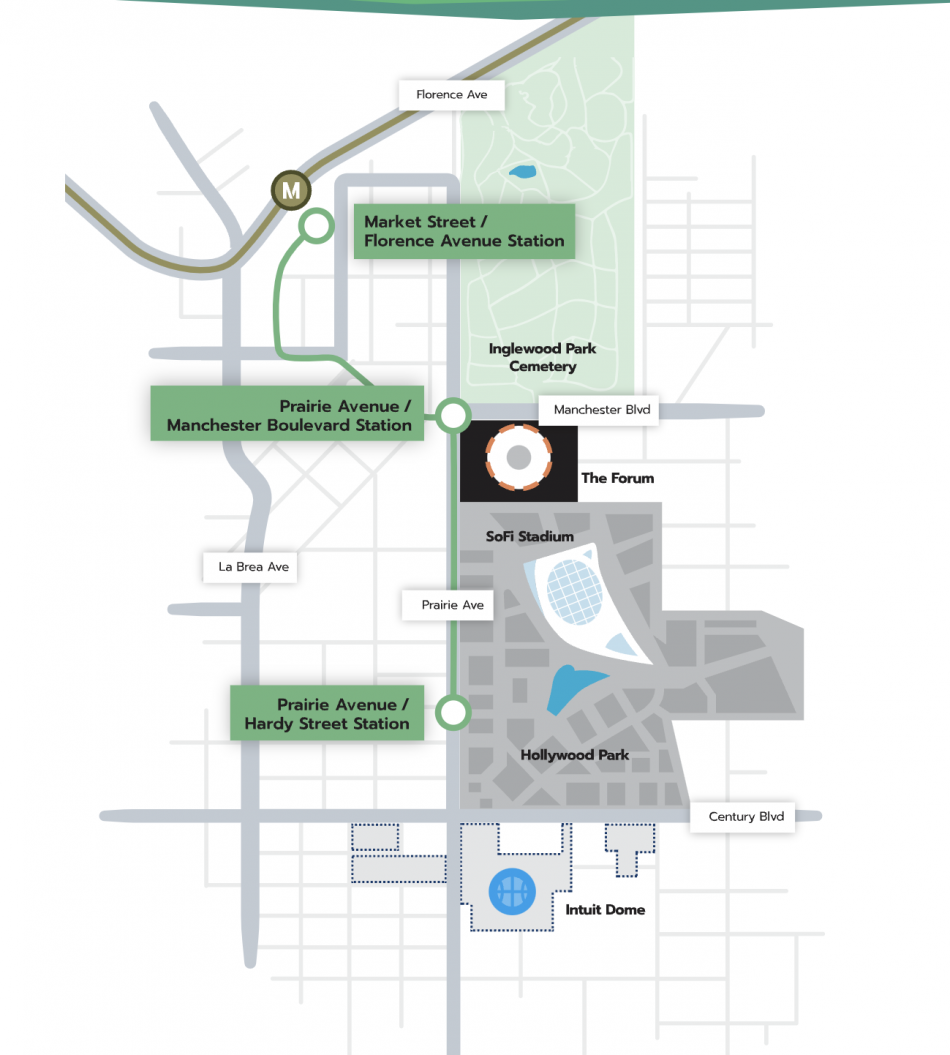 Construction of the ITC is expected to occur over a period of 46 months between January 2024 and November 2027, with completion in advance of the 2028 Summer Olympic Games.

When operational, the ITC is expected to run trains on normal headways of six minutes, with service as frequent as every two minutes during NFL events. Ridership estimates forecast that up to 414 passengers would use the system during weekday peak-hour conditions, with up to 11,450 passengers using the people mover during NFL events.