Jamison Services, Inc., already in the midst of construction on a larger mixed-use development at the intersection of 8th Street and Western Avenue in Koreatown, is now turning its sights to a property located a short walk north. 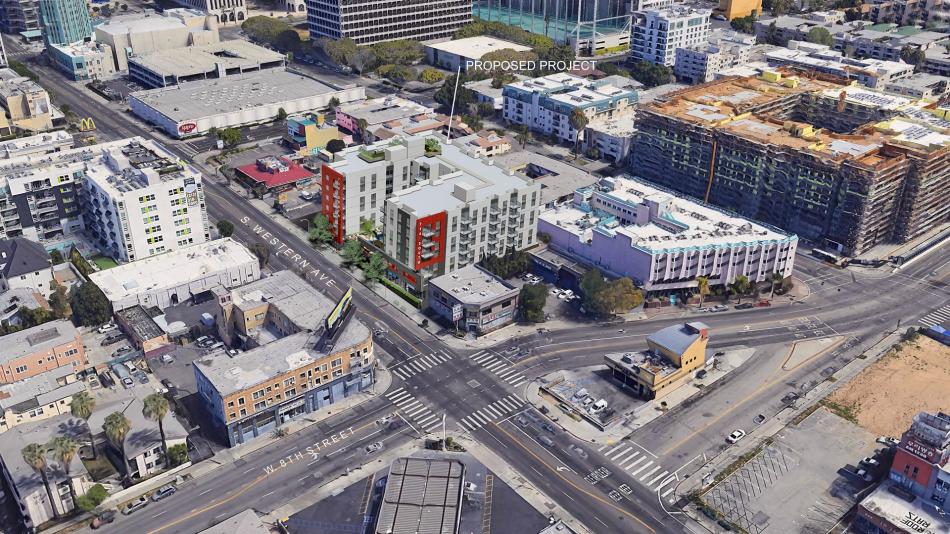 An case filing published today by the Los Angeles Department of City Planning reveals plans from the prolific Koreatown developer to build yet another multifamily housing and retail complex at 730 S. Western Avenue. The project, which would replace a two-level commercial center and parking lot, calls for the construction of a seven-story edifice featuring 125 apartments above 3,920 square feet of ground-floor retail  a partially subterranean parking garage with space for 101 vehicles.

Jamison's requested entitlements include Transit Oriented Communities incentives, which would permit increased floor area and density, as well as reductions to required on-site parking, setbacks, and open space. In exchange, 13 of the proposed one- and two-bedroom apartments would be set aside as affordable housing at the extremely low-income level. 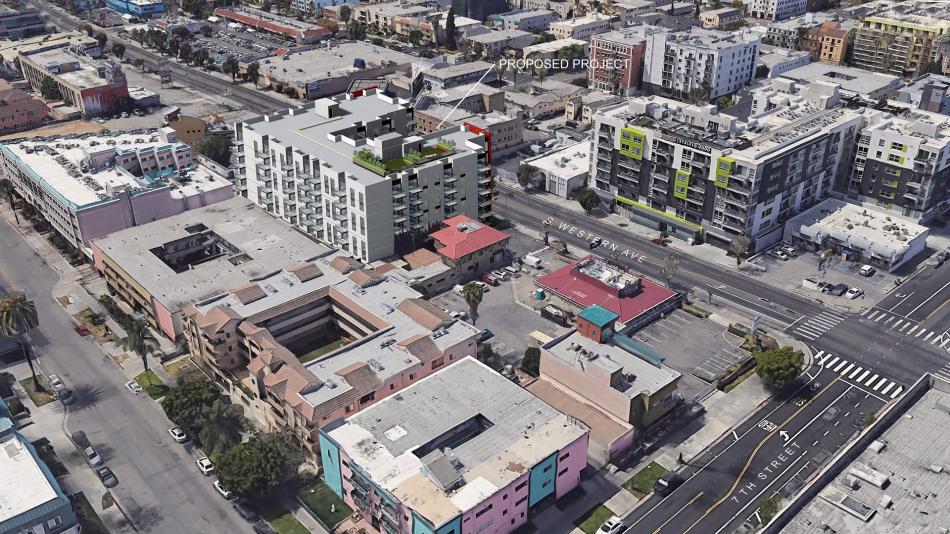 "The project’s design appropriately serves as a transition from the neighboring two and three story commercial buildings to the newer six and seven story residential buildings scattered throughout this section of Western Avenue," reads a narrative included with the project's architectural plan set. "The upper residential levels of the building massing are broken into two wings of six levels that wrap around a landscaped courtyard that opens to Western. All units have been designed to maximize light and ventilation with large windows or glass doors opening to generous balconies."

Other planned amenities include a recreation room on the second floor and a rooftop deck. 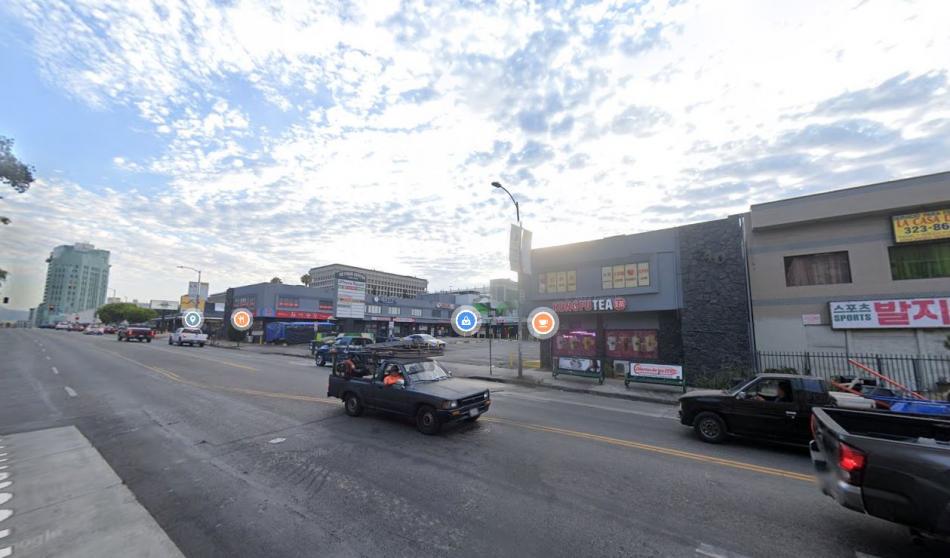 The project is one of dozens of proposed and under-construction developments Jamison Services currently has in the works for Koreatown.