A recently-developed co-living apartment complex in East Hollywood is poised to be the next property converted to interim housing by Los Angeles County through Project Homekey.

The property, according to a notice distributed by the County, is a three-story structure completed last year at 1164 N. Kenmore Avenue. The property is described as a 29-room co-living facility, arranged as five-to-six-bedroom suites with shared kitchens and common spaces. That layout is considered suitable for transition aged youth at risk of homelessness - the target population for the building. 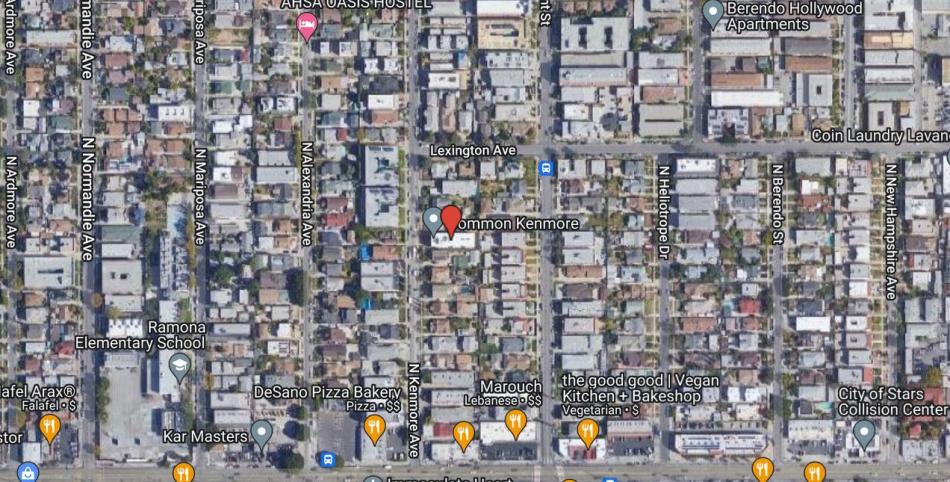 The second round of Project Homekey, which provides $1.45 billion in grant funding statewide for jurisdictions to purchase hotels and apartment buildings to repurpose them as supportive or interim housing, is already being used in Southern California.

Notices distributed earlier this year point to 18 additional properties that Los Angeles County hopes to buy using Homekey funds. That total does not include the 16 buildings with the City of Los Angeles has agreed to purchase, as well as other jurisdictions such as Culver City and El Monte.