The grim pedestrian environment feeding into the A Line's Slauson Station is getting a much needed boost, courtesy of Metro's $143-million Rail to Rail active transportation project. Adding to the positive momentum, L.A. County is now taking steps to improve access to both the multi-use trail and the nearby rail stop.

At its meeting yesterday, the L.A. County Board of Supervisors voted to authorize the Department of Public Works to procure a construction contract for a new project which will and pedestrian safety improvements to five intersections in the unincorporated community of Florence-Firestone. The areas targeted for upgrades include Slauson's intersections with Hooper Avenue, Compton Avenue, Miramonte Boulevard, and Holmes Avenue, as well as Compton's intersection with 60th Street. 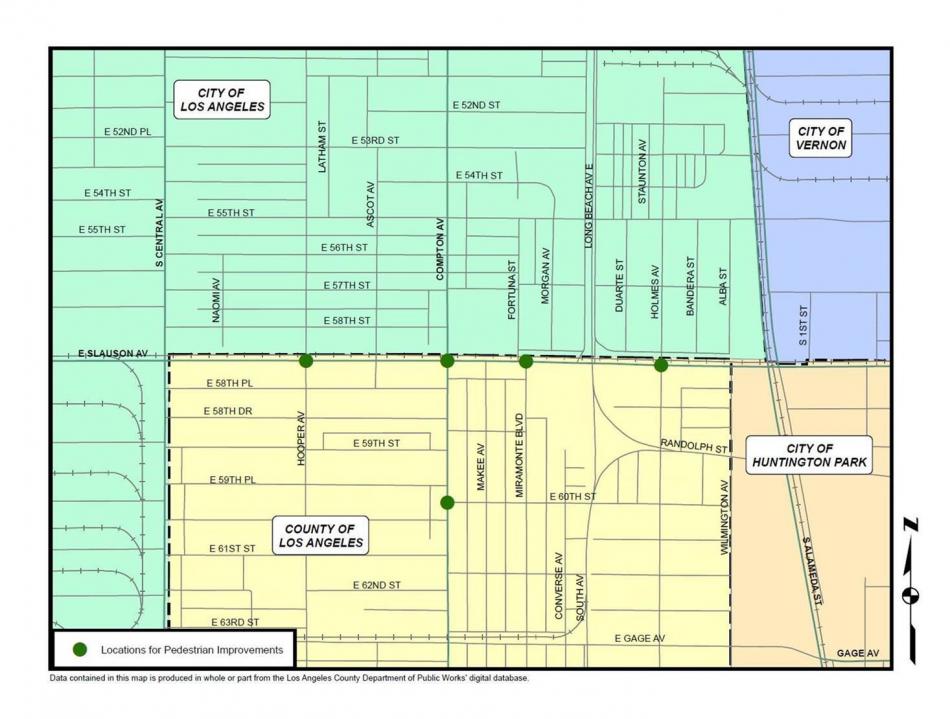 The proposed improvements, which are expected to cost between $1.4 million and $2.1 million to complete, will include:

Construction is expected to begin by July 2023 and be completed by December 2023.

While Metro's A Line has generated little in the way of development since it began carrying passengers more than 30 years ago, L.A. County is aiming to facilitate new development in the portion of the Florence-Firestone community which abuts the rail line. The new Florence-Firestone Transit Oriented District Specific Plan introduces the possibility of new mixed-use and multifamily residential buildings in the largely industrial surroundings of Slauson, Florence, and Firestone stations.