A proposed mixed-use development which could create new senior housing and medical offices near Metro's Del Mar and Fillmore Stations is poised for approval at this week's meeting of the Pasadena Planning Commission.

The Affinity development, a project from the Pasadena-based Kutzer Company, would rise from a roughly 3.3-acre property at 555 Arroyo Parkway, between the street's intersection with California Boulevard and Bellevue Drive. Plans call for the construction of two mid-rise buildings featuring 154,000 square feet of medical offices and to 95 independent senior apartments. 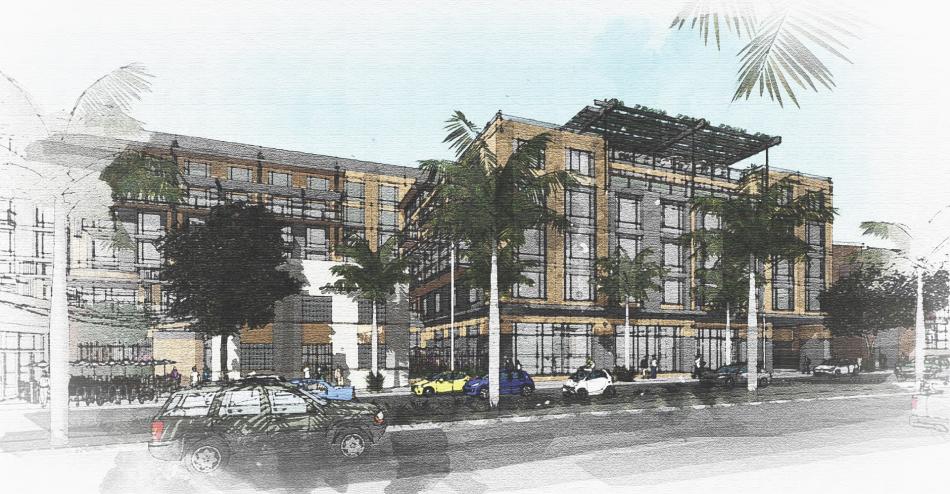 View looking west at The Affinity from across Arroyo ParkwayAdept Urban

Adept Urban is designing the Affinity, which has previously been described as having a "restrained contemporary style." Plans call for an exterior of brick and metal, matching the exteriors of surrounding historic structures. Setbacks on the upper floors would provide amenity space for occupants of the residential and office buildings. Per a landing page from the Adept Urban website, the property would offer a mix of one- and two-bedroom apartments. 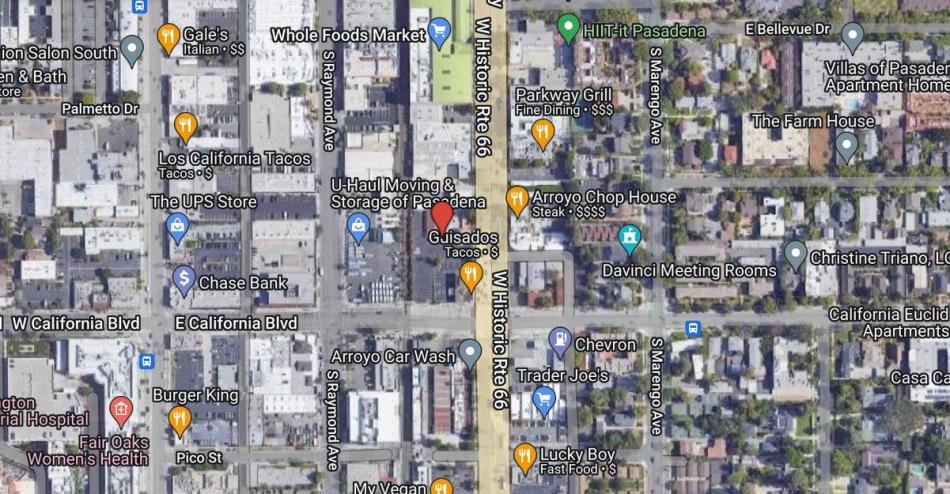 Proposed site of The AffinityGoogle Maps

Per an environmental study published by the City of Pasadena, construction of Affinity is slated to begin as early as 2023 and conclude over a single 34-month period. An adjacent Whole Foods Market, which is part of the larger project site, would remain in operation during construction.

That schedule is contingent on the approval by the Pasadena City Council of requested entitlements including a zoning map amendment and a variance to permit the demolition of several vintage buildings.