Just north of the almost-open Crenshaw/LAX Line station in Leimert Park, wood framing is now rising at the future site of a mixed-use apartment complex from Greenepointe Development. 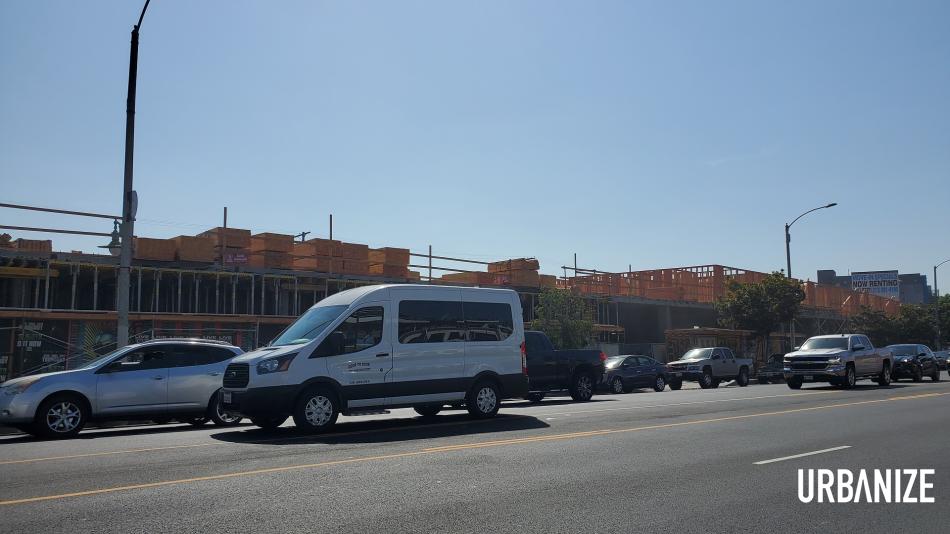 Located at 4242 Crenshaw Boulevard, the project will eventually consist of a five-story building featuring 124 apartments and 6,000 square feet of ground-floor commercial space. Parking for 60 vehicles will be located in a street-level garage.

Plans call for a mix of studio, one-, and two-bedroom floor plans, 14 of which will be set aside as very low-income affordable housing in exchange for density bonus incentives permitting a larger structure than otherwise allowed by zoning rules.

Stanley Saitowitz is designing 4242 Crenshaw, which is split into seven blocks which are differentiated by red and white coloring.  Plans call for a large amenity deck spanning across the building's roof level. 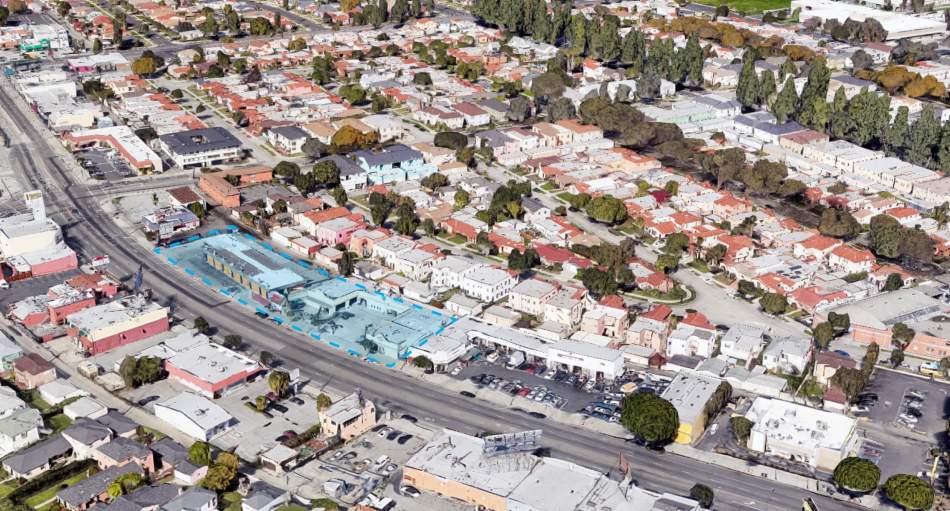 At the time of the project's groundbreaking in mid-2021, completion was expected by October 2022.

The proposed apartment complex in the latest in recent a string of multifamily developments surrounding under-construction Metro rail stops at Leimert Park and Martin Luther King Jr. Boulevard.  These include a modular 111-unit apartment building that opened in 2019 on an adjoining site at 4252 Crenshaw Boulevard, a proposed mixed-use development at the corner of Crenshaw and Stocker Street, and another mixed-use project that recently broke ground at 3450 W. 43rd Street.