An empty lot that most recently served as vehicle storage yard for nearby automobile dealership in Santa Monica could be redeveloped with a small mixed-use project, according to a presentation scheduled for today's meeting of the city's Architectural Review Board. 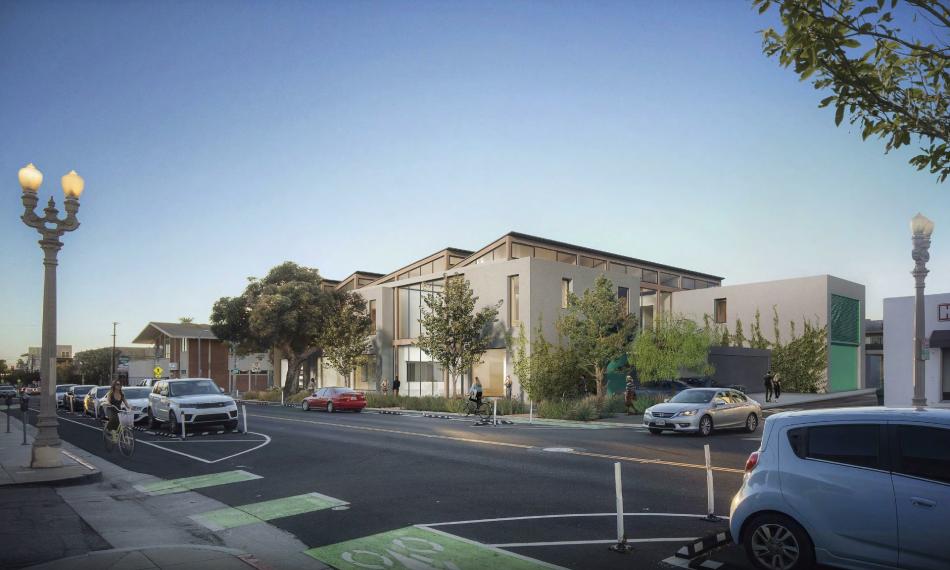 The proposed project, named for its address at 1807 Broadway, is comes being developed by an entity identified as Santa Monica-based Green Bus, LLC. The two-story structure, located a short walk from both Memorial Park and Metro's 17th Street/SMC Station, would include three residential units atop a 3,350-square-foot art gallery and recording studio and at-grade parking for 11 vehicles.

Los Angeles-based Rios is designing 1807 Broadway, which is described in a staff report to the Architectural Review Board as consisting of "separate rectangular volumes within a sequence of voids that reveal a mass timber structural frame." A sawtooth roof line would permit one residential unit a rooftop deck, with additional amenities located at ground level facing 18th Street.

The proposed art gallery and recording study are to be open to the public as a "cultural facility," according to the report.

Noting that the project has "a clear, three-dimensional concept, is appropriate in mass and scale for the site and will serve to enhance the pedestrian activity and orientation along this stretch of Broadway," the staff report recommends that the Commission should approve the design. 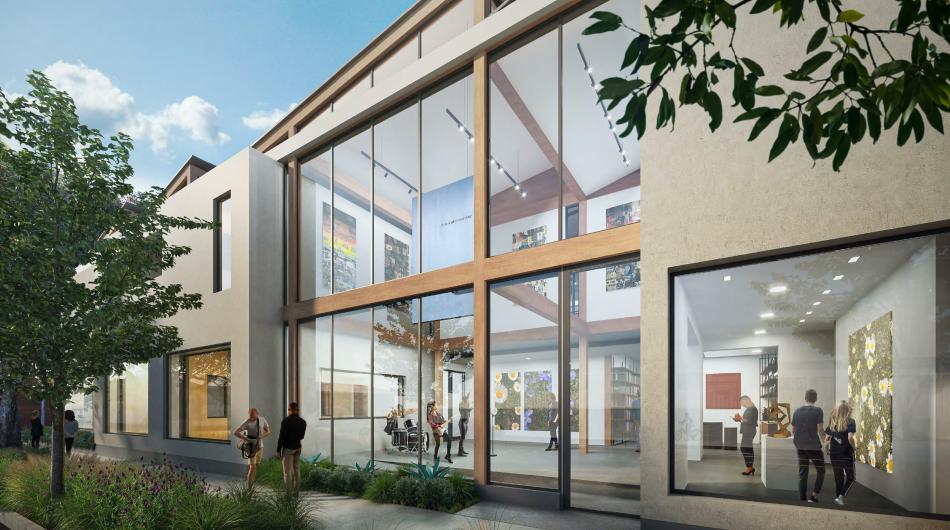 The project is one of a handful of similar-scaled developments in the works for the blocks surrounding Memorial Park, including a 40,000-square-foot office building and a residential-commercial mixed-use structure proposed for Euclid Street.