A half-year after we last checked in, vertical construction is nearly complete for Venue, a mixed-use apartment complex located just north of Venice Boulevard in Palms. 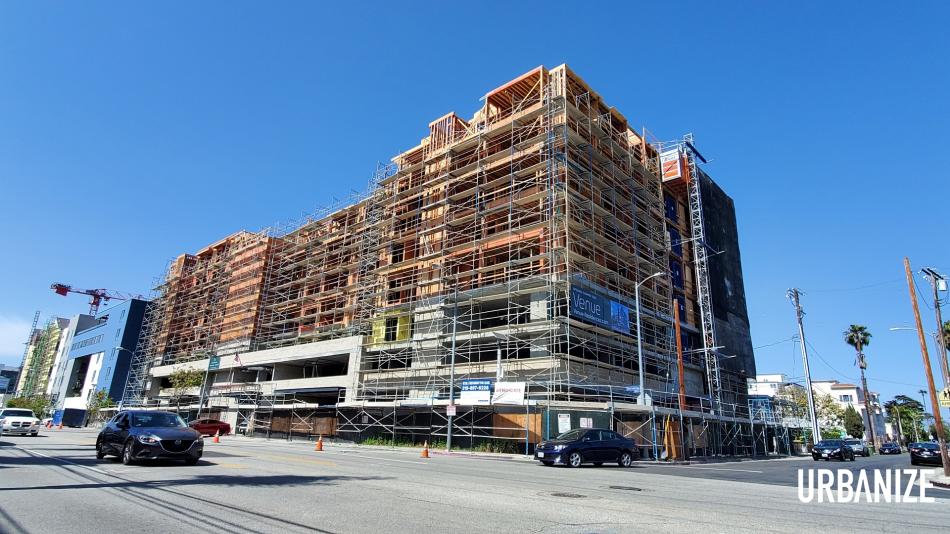 The project from local developer Helio, formerly known as Oakmont Capital, sits on a T-shaped property located at 3664-3688 Overland and 3667-3673 Keystone Avenue. The two-building complex consists of eight- and five-story structures that will feature a combined total of 205 one- and two-bedroom apartments above 3,000 square feet of street-fronting commercial space at completion. Plans also call for parking for 106 vehicles in at-grade and podium levels.

Reed Architectural Group is designing Venue, which is depicted in renderings as a series of contemporary low-rise structures. Approved plans call for on-site amenities including a fitness center, a rooftop deck, and a swimming pool.

Helio, which has built numerous multifamily residential developments in Palms, recently broke ground on a second project nearby. Work kicked off earlier this year for Arya, a 119-unit apartment building with commercial space at 3565 Overland Avenue. 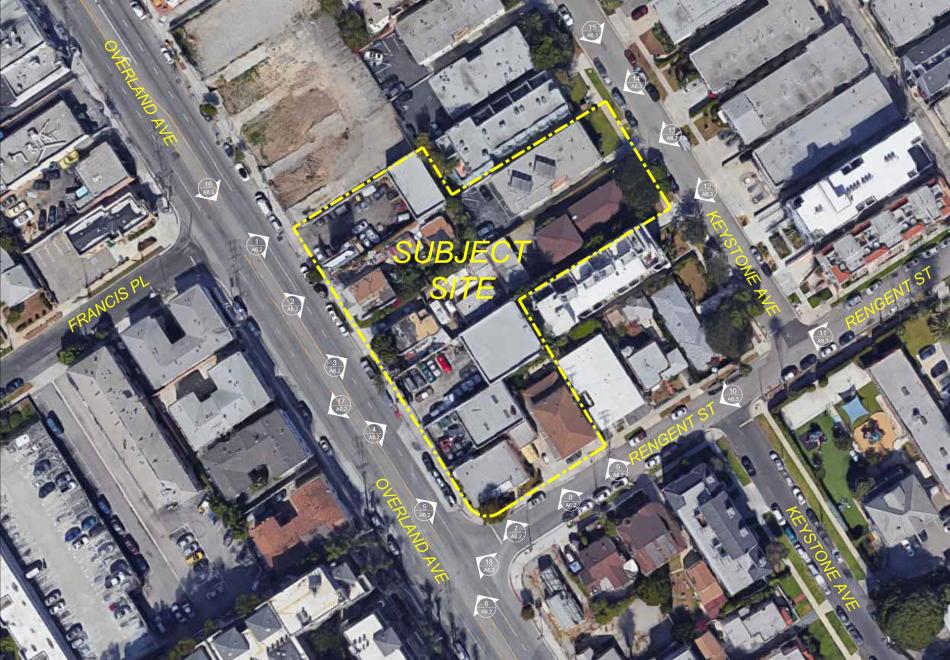 The Overland Avenue site also neighbors The Roy, a smaller mixed-use apartment building which opened in 2018, and The Jagger, a another apartment complex with ground-floor retail space which is now under construction.