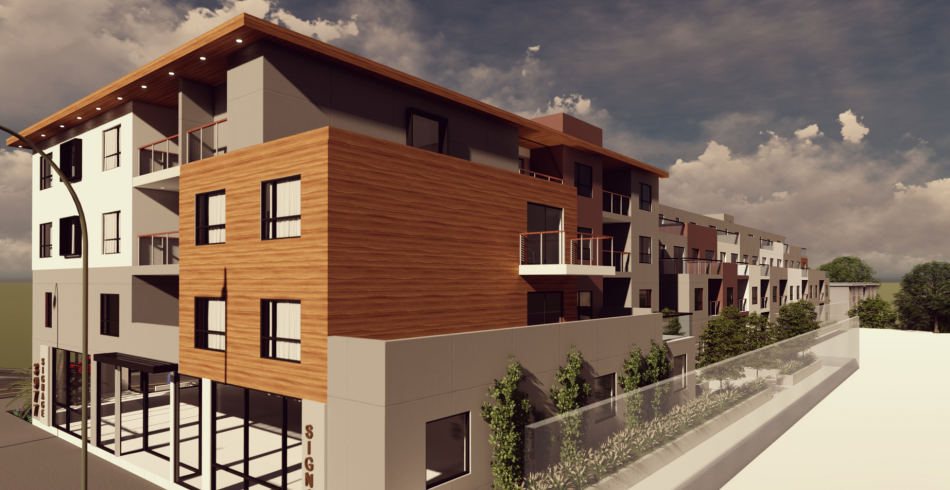 The project, named for its address at 3977 W. Beverly Boulevard, spans the north side of the street between Heliotrope Drive to the west and Berendo Street to the east. Plans approved last year by the City of Los Angeles permit the construction of a five-story edifice featuring 67 studio, one-, and two-bedroom apartments - ranging between 515 to 1,200 square feet in size - atop 8,450 square feet of ground-floor retail space and a 46-car garage.

Project entitlements include Transit Oriented Communities incentives permitting increased density and height, as well as reductions to required automobile parking, open space, and setbacks. In exchange, 4D is required to set aside seven apartments as deed-restricted affordable housing at the extremely low-income level.

AFCO Design is the architect of the 3977 Beverly, which is depicted in renderings as a contemporary low-rise building that scales down in height toward its northern property line. Resident amenities and open spaces would include a courtyard, a rear yard, and a small fitness center.

The proposed apartment complex is the latest in a series of multifamily residential complexes planned or under construction near Vermont/Beverly Station, including a market-rate complex from Hankey Group and Jamison Services and supportive housing from Flexible PSH Solutions. 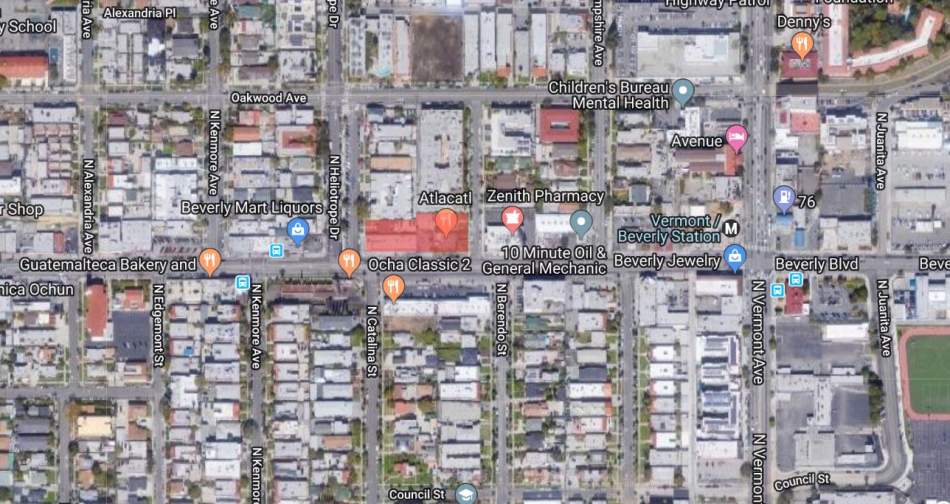 Other projects from 4D Development & Investment include similar mixed-use and residential buildings now taking shape in Pico-Union and West Adams.