Nearly one year after out last update, the wrapping is off at a new mixed-use development from RBM of California in the Mid-Wilshire area.

The project, which broke ground in mid-2020 at the northeast corner of 12th Street and La Brea Avenue, consists of a seven-story building that will feature 67 apartments above a ground-floor cafe and basement parking at completion. 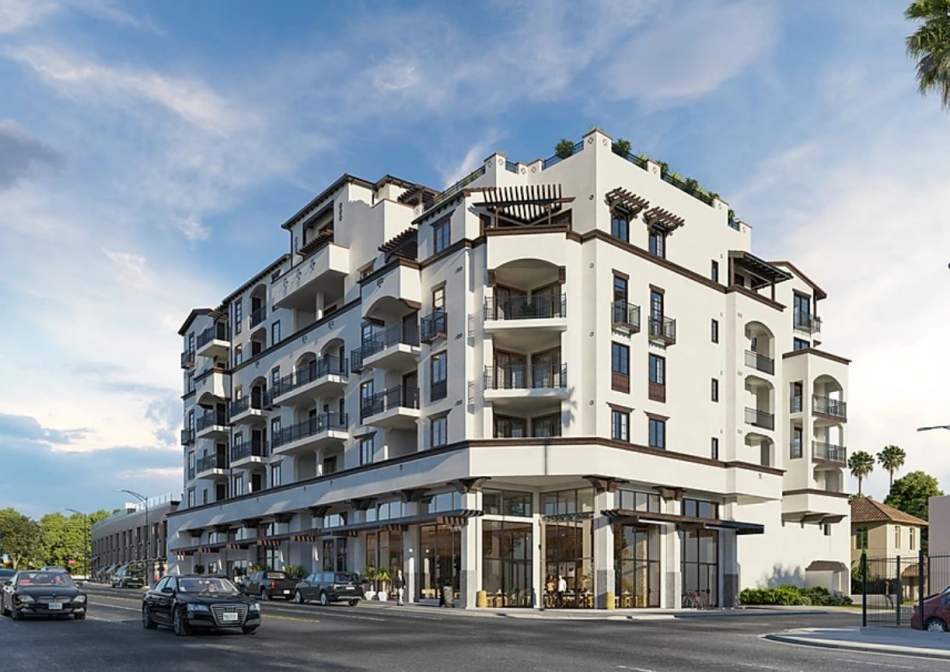 View from 12th and La Brea looking northeastRBM of California

According to a description included in the project's building permits, a portion of the new homes will be set aside for rent by lower-income renters in exchange for development incentives via the Transit Oriented Communities guidelines. 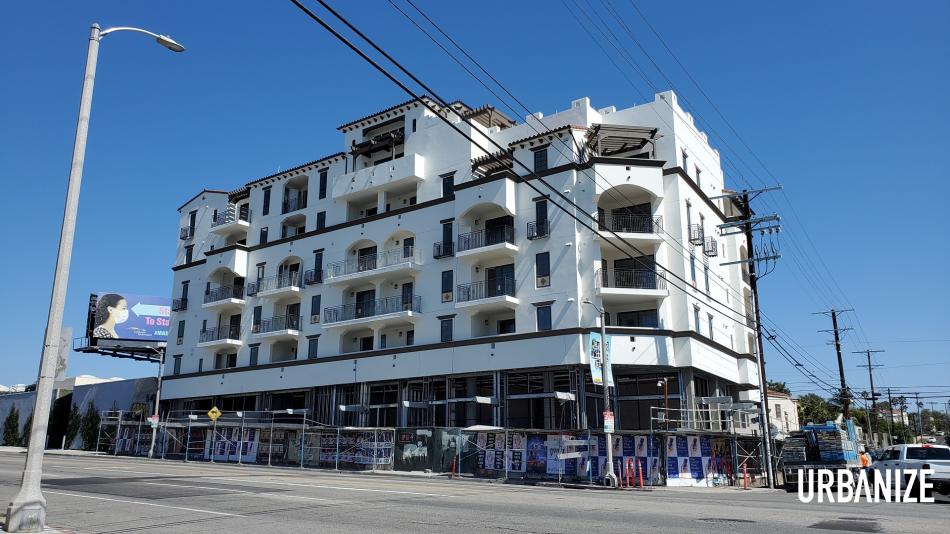 PK Architecture is designing the 1180 S. La Brea Avenue, which consists of five floors of wood framing atop a two-level concrete base. The structure has a Mediterranean design, and will include a rooftop amenity deck.

According to a landing page on the RBM website, the apartment complex will include a mix of one- and two-bedroom floor plans, as well as amenities such as a swimming pool, a fitness center, and a recreation room.