Just south of Culver City landmark Dear John's, a stretch of one- and two-story commercial buildings are primed to make way for a mixed-use apartment building. 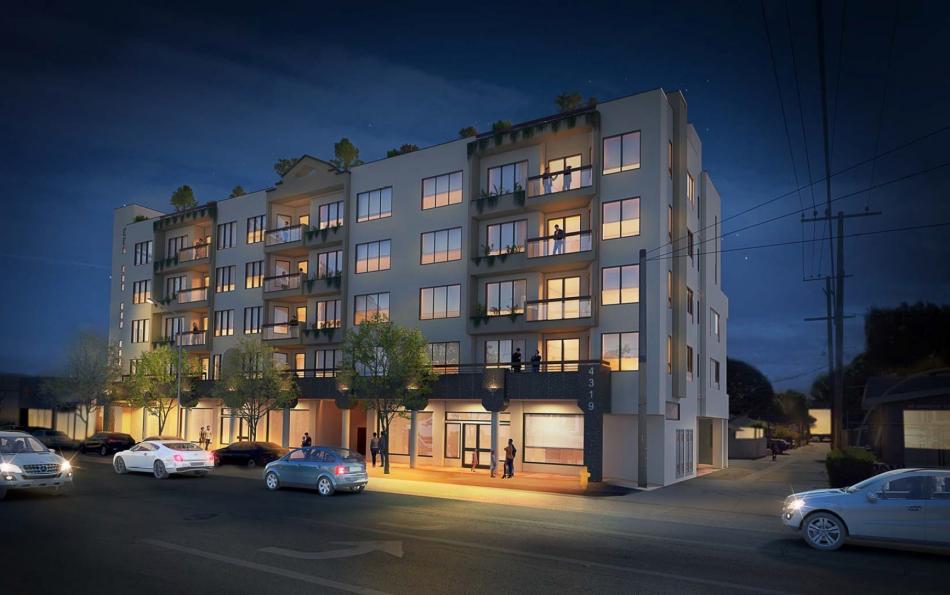 The project, called the St. Mina Center, would rise from a property located at 4319 Sepulveda Boulevard, replacing spaces now occupied by multiple shops and restaurants. In their place, property owners and applicants Dr. Ehab Yacoub and Lorine Mikheail, have proposed redevelopment with a new five-story building featuring 21 apartments above approximately 3,000 square feet of ground-level retail space and a two-level, 45-car basement parking garage.

According to architectural plans, the apartments would come in a mix of one-, two-, and three-bedroom floor plans, ranging in size from 898 to 1,300 square feet.

Nassef A. Eskander & Associates is designing the St. Mina Center, which is depicted in renderings as a contemporary low-rise structure with a cascading roofline along the property's western perimeter, providing a height transition to adjacent residential buildings. The resulting terrace decks would be used as a series of common and private garden patios.

The existing buildings, completed in the mid-20th century, sit a short walk from a newly restored stretch of the Culver Boulevard Bikeway, and a short walk north from the former home of Allied Model Trains, which recently reopened as an office building dubbed "The Braddock."