At the center of the Sony Pictures Studios lot in Culver City, steel framing is rising around the 1930s Scenic Arts Building, which is being repurposed as a component of a new structure featuring offices and production support functions. 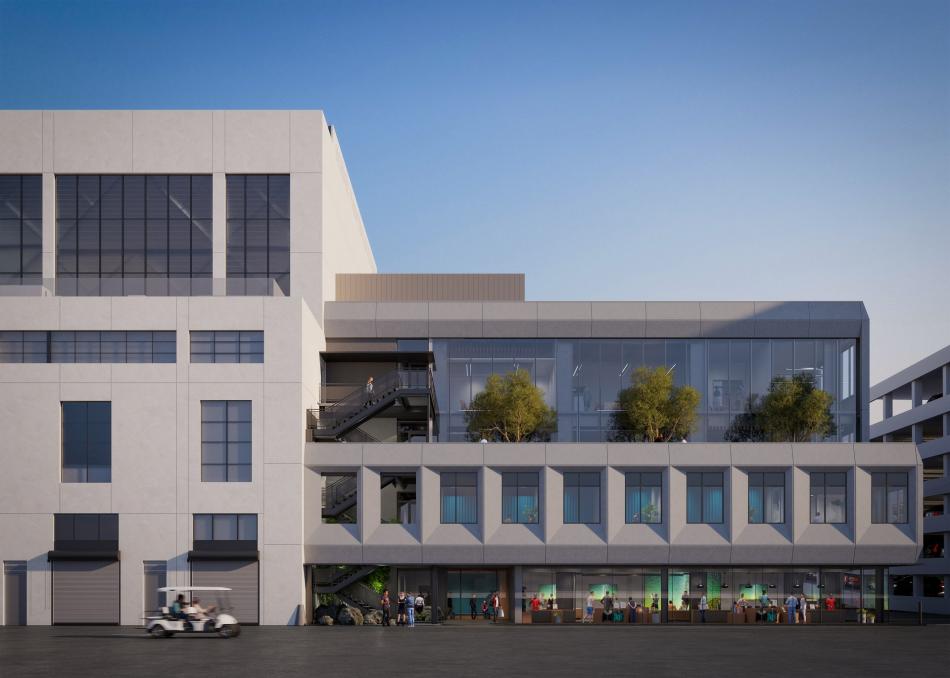 Exterior of the Scenic Arts BuildingRIOS

The nearly 26,000-square-foot building, visible from the studio's Overland Avenue entrance, was constructed in 1938 to display the large, hand-painted images which were used as backdrops in films of that era. While movies have moved away from hand-painted images, the structure remains, as does its signature elements such as its sawtooth roofline and large curtain window.

While the Scenic Arts Building was described in an August 2021 presentation to the Culver City Planning Commission as "functionally obsolete,” Sony intends to retain the 84-year-old structure's cavernous canvas painting room as a multipurpose space, while retaining will be used to house production support areas.

The new construction rising on the outside, which replaced another small support building, stands four stories in height and will house approximately 33,000 square feet of offices on its upper levels, with a waiting area, gift shop, and wardrobe city located below. 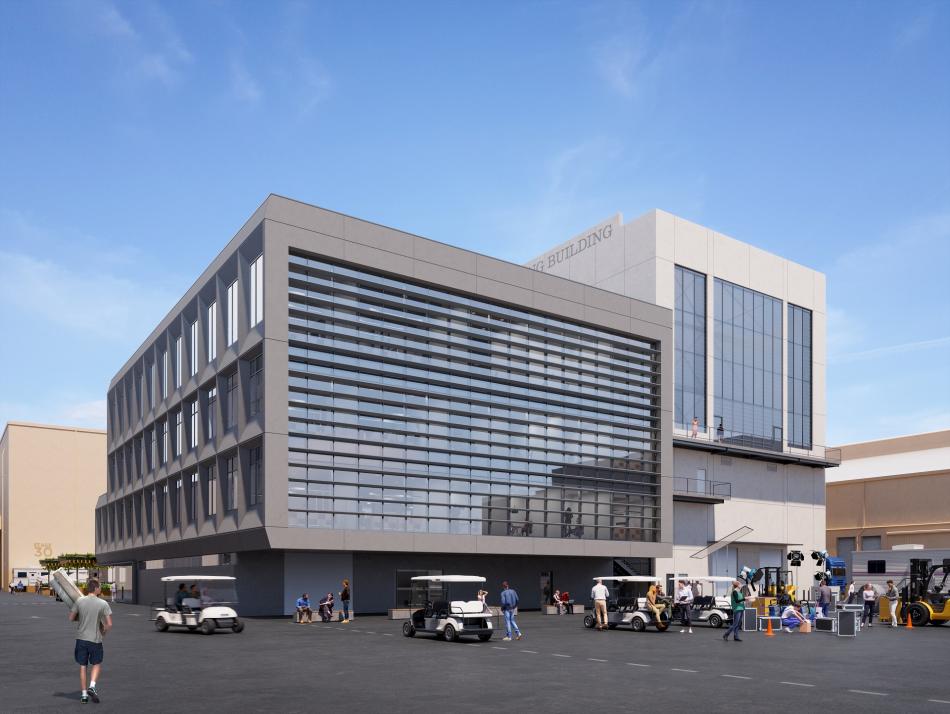 Exterior of the Scenic Arts BuildingRIOS

Rios is designing both components of the project, which will use a setback above the second floor to create a terrace deck for office occupants, and feature an exterior of glass-fiber reinforced concrete panels.

The Scenic Arts Building would be perhaps the largest addition to the Sony Pictures Campus since 2016, when the studio moved its headquarters into an eight-story, 220,000-square-foot office building facing Overland Avenue.