Earlier this year, Metro broke ground on its $143-million Rail to Rail Corridor project, a project which will transform a 5.5-mile segment of the former Harbor Subdivision into an multi-use path lined with greenery. To capitalize on the new active transportation infrastructure, Los Angeles Planning officials are now considering new zoning and design regulations which would guide development along the corridor.

The Slauson Corridor Transit Neighborhood Plan (TNP), which was presented last week to the Los Angeles City Planning Commission, includes roughly 500 acres of land to either side of Slauson Avenue and Hyde Park Boulevard in South Los Angeles, bounded by Alameda Street to the east and West Boulevard to the west. Additionally, the plan area intersects with three north-south transit lines: the A Line, the J Line busway, and the K Line.

Industrial Zones within the Slauson TNPLADCP

Due to the legacy of the corridor as a freight rail right-of-way, existing zoning is oriented toward commercial and industrial uses, with smaller pockets of multifamily residential land. The corridor includes two longtime industrial hubs, including the Goodyear Tract and the area centered on Slauson Avenue and Western Avenue. The changes to zoning rules and land use regulations proposed under the TNP aim to continue fostering job and housing growth in these area, while also orienting new developments toward the Rail to Rail corridor.

Among the mechanisms for encouraging job growth within the TNP area are development incentives for so-called "green employment uses," such as offices, business incubators, laboratories, and research centers. The incentive program varies between the varying zones of the TNP, but largely consists of floor area bonuses and reductions to parking requirements for projects which incorporate "green" jobs.

As with affordable housing incentive programs incorporated into other new community plans, the Slauson TNP would offer bonus floor area, height, and density to eligible projects, as well as a reduction to required on-site parking.

Beyond changes to zoning, the Slauson TNP also calls for development standards for parcels fronting the new Active Transportation Corridor. Requirements for a path-oriented building entrance, a minimum 10-foot setback, and facade transparency are intended to encourage developers to make the Rail-to-Rail Corridor the project's main frontage.

The Planning Commission hearing represents one of the final steps prior to approval of the TNP plan. A hearing before the City Council is expected later this year. 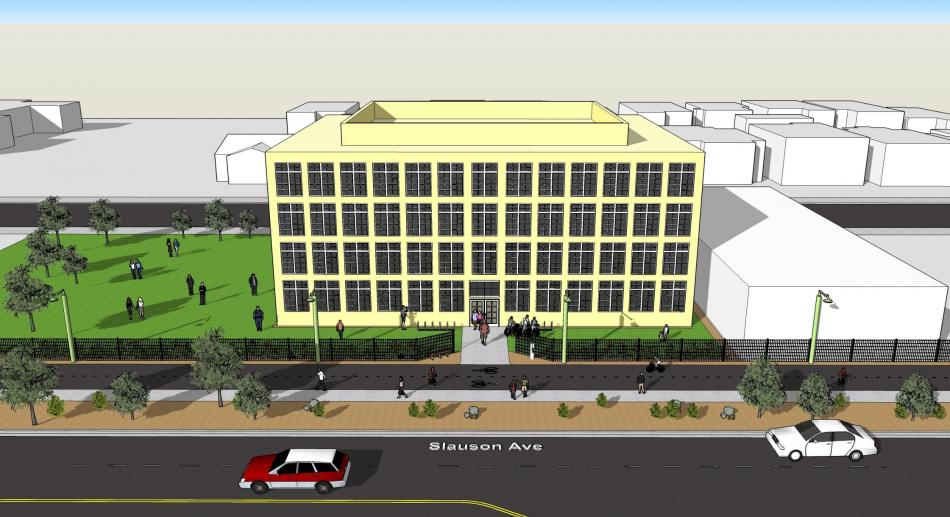