Six months after our last check-in, the follow-up to the 388 condominiums is fully-framed just south of the Paseo mall in Pasadena. 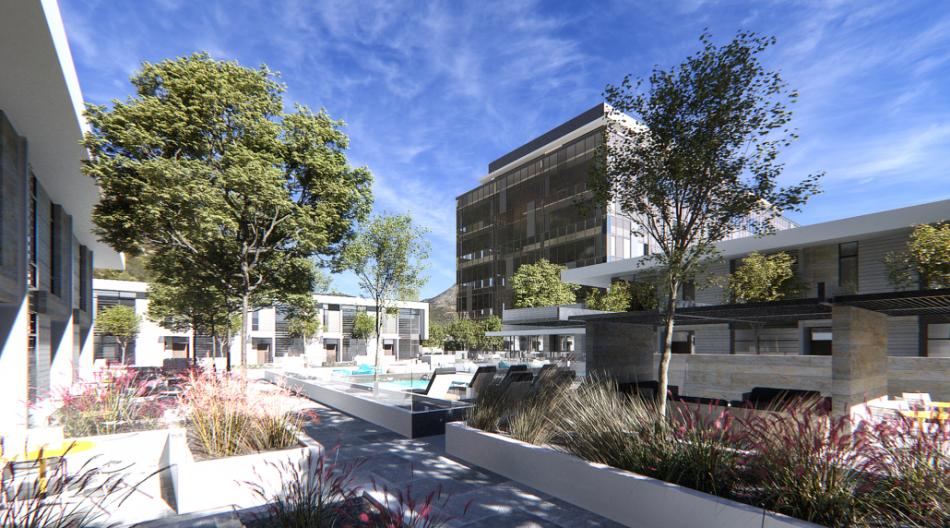 The adaptive reuse project, led by Octane Development, has transformed the upper levels of a  concrete parking structure at 380 Cordova Street into 48 residential units. Plans call for 16 townhouse-style homes, located in new construction above the garage, as well as 32 units built within the envelope of the structure.

Adept Urban is designing the resulting five-story building, which also converts the garage's rooftop into an amenity deck with featuring including a swimming pool, a hot tub, and a fire pit. No street-fronting commercial space is planned, although a fitness center will provide habitable space at the ground floor.

The predecessor to 380 Cordova, named for its address at 388 Cordova Street, transformed the shell of a 1980s office building into 57 one-, two-, and three-bedroom condominiums. At the time of the property's opening, sales prices reportedly ranged from $900,000 to $5 million. 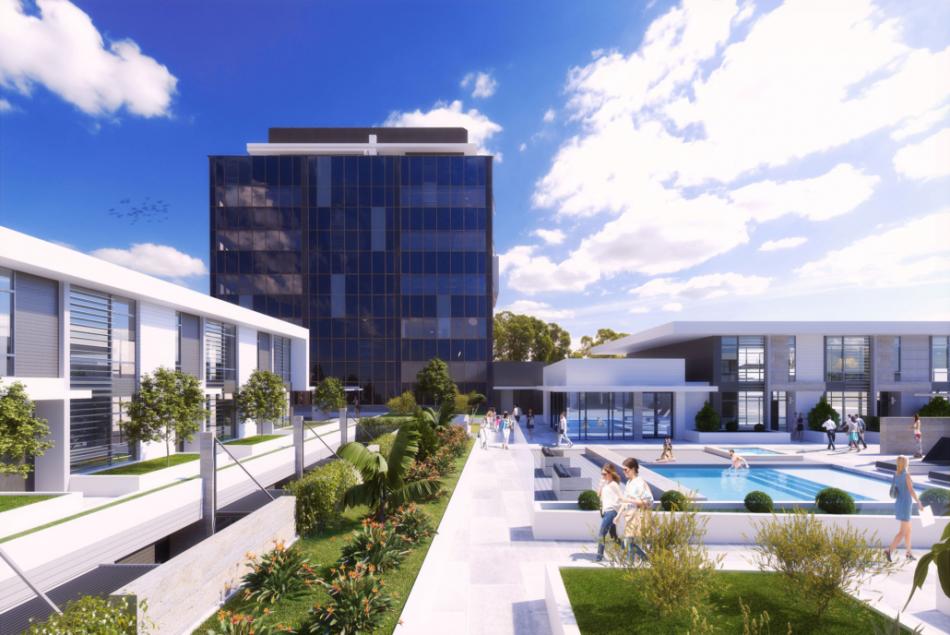 Two other condominium projects also under construction within walking distance of the Paseo mall, including the Adept-designed  Colorado 77 condominiums on the site of the mall's former Macy's and a 42-unit building wrapping up work on Euclid Avenue.

Adept Urban is also partnering on a similar project in Downtown Glendale, which includes the adaptive reuse of an office building and the construction of new housing atop an adjoining parking structure.