After more than four years, a proposed mixed-use condominium complex at 747 E. Green Street is back before the Pasadena Design Commission with some changes. 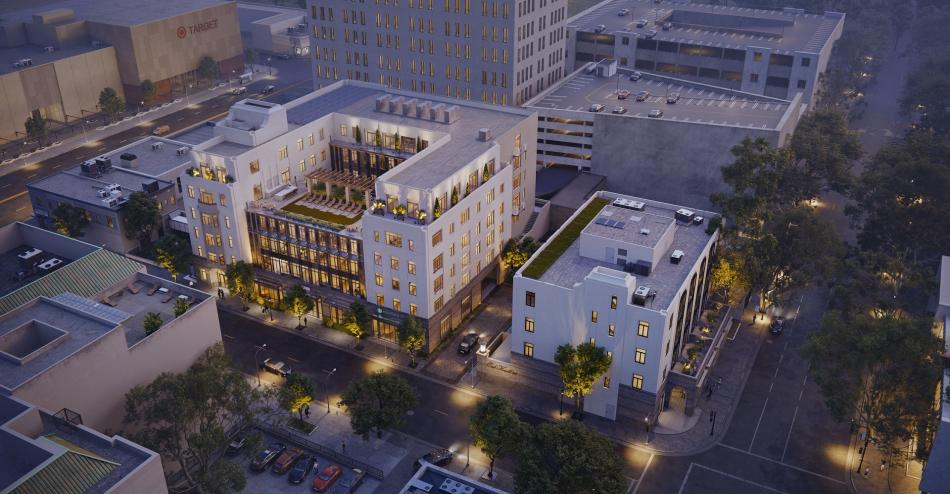 Project applicant Arthur Liu of 747 E Green St Development, LLC original plan called for a seven-story structure on the current site of a parking lot as well as the adaptive reuse of an existing four-story building at the intersection of Oak Knoll and Green.

Updated plans largely retain the same format - albeit with a modestly reduced height profile. Rather than the original seven-story ground-up structure, plans now call for a slightly shorter six-story edifice , with a reduced parking garage that would include 132 vehicle spaces. Likewise, the look of the adaptive reuse component of the project has been retooled to more closely match the ground-up building. 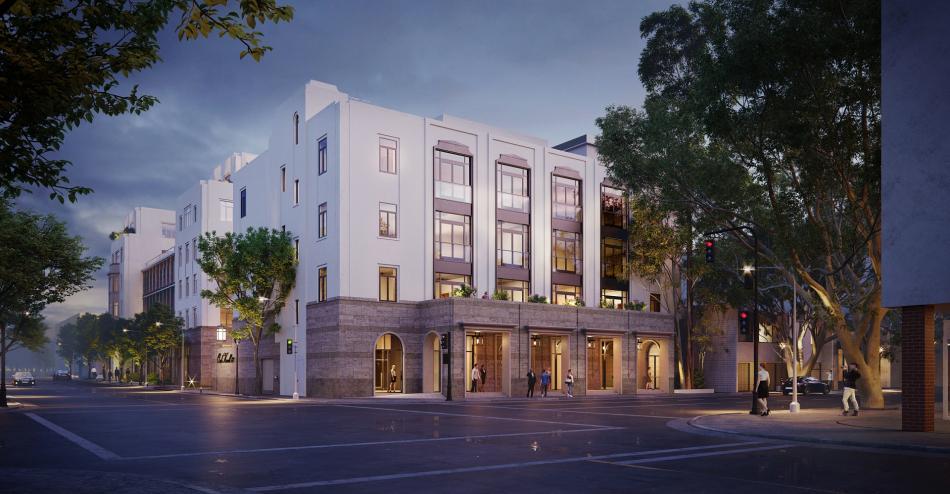 The proposed change to the Oak Knoll Condominiums would allow for a larger number of on-site amenities, including a lounge, a library, and a rooftop terrace, as well as larger units, taller ceiling heights, and more space for solar panels.

As with the original concept, Tyler + Kelly Architecture is designing the project, which exhibits some Mediterranean-style elements.

"The proposed new building is a contemporary design with flat roofs and a combination of stucco walls with repeated punched openings set against a large highly glazed, metal-clad central panel fronting the street," reads a staff report. "The publicly visible portion of the ground floor is clad in a cast stone finish." 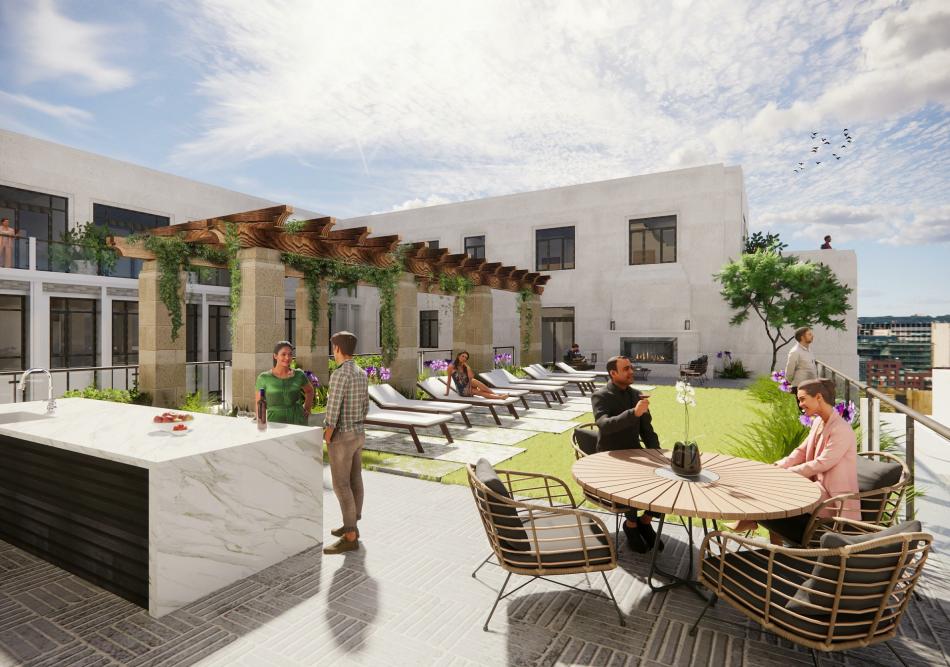 The Oak Knoll project is one of a number of new mixed-use buildings now in the works to the south of Colorado Boulevard in Pasadena, including a 263-unit apartment complex planned to replace a stretch of commercial buildings located directly across Green Street.