Nine months after we last checked in, The Luzzatto Company has completed work on one of its new office buildings near Metro's Expo/Crenshaw Station in Jefferson Park, while another has reached its vertical peak. 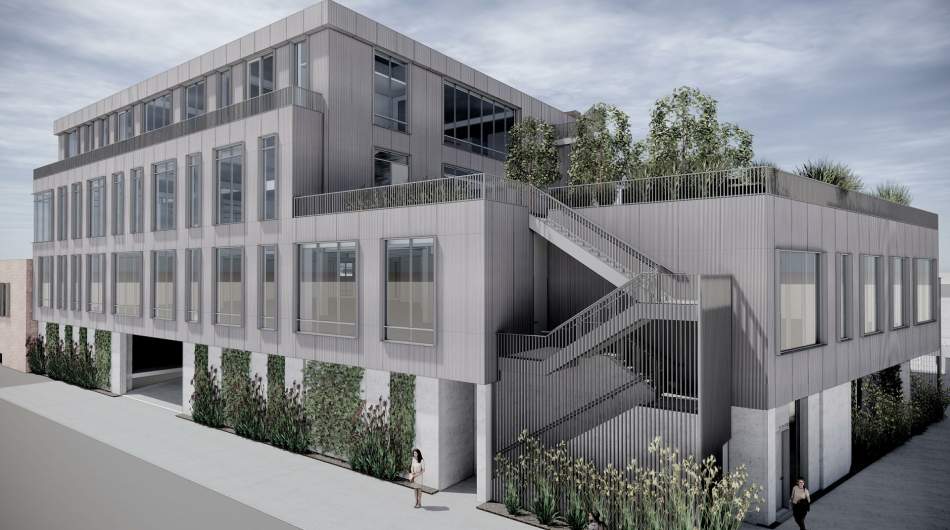 The completed building, located at 3101 W. Exposition Boulevard, reused buildings associated with a defunct dairy production business, while adding a new four-story structure with subterranean parking at the northern side of the site. The resulting campus include 94,000 square feet of office space.

While the property was fully leased by fast-casual restaurant chain Sweetgreen to serve as its new quarters, the company has since opted to remain in a smaller office nearby while subleasing the Exposition Boulevard site. 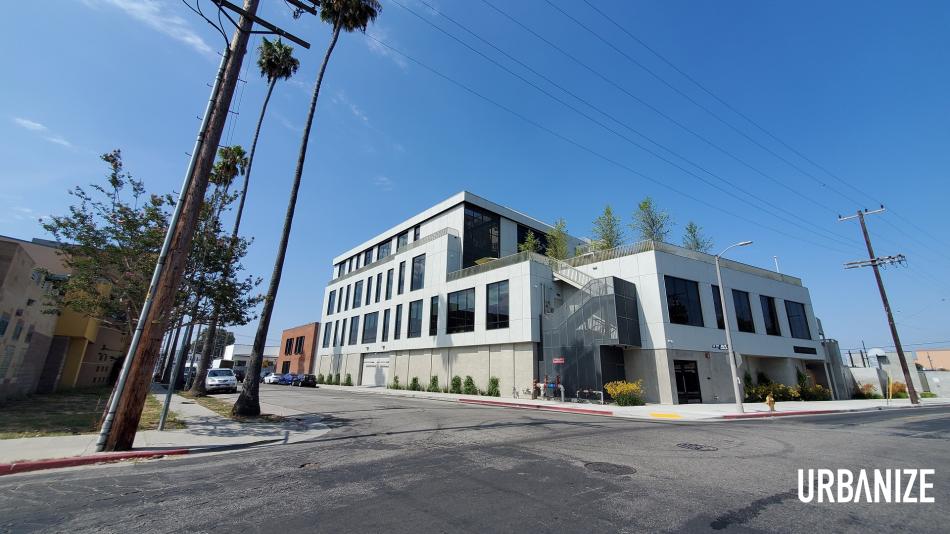 One block east at 3609-3645 10th Avenue, vertical construction is now complete for the Depot, a similar project featuring 107,000 square feet of office space. The Luzzatto Company broke ground on the more than $50-million development last year.

The developer may not have to wait long to find an occupant for the space. As of this month, CoStar reports that Kim Kardashian's Skims clothing brand is in talks to lease the entire building.

Both the Depot and its neighbor to the west are designed by HLW International, and have similar looks with metal exteriors and upper level setbacks used as amenity spaces for tenants.

The Luzzatto developments on Exposition Boulevard are not the only blocks of new office space coming to the area. A few blocks west at 30th Street and Crenshaw Boulevard, CIM Group is now building 140,000 square feet of office space in two developments. 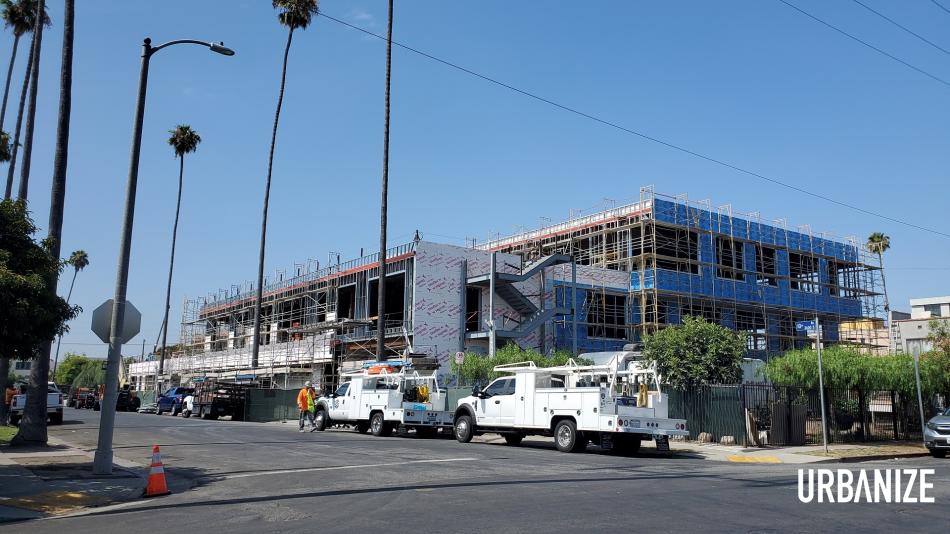 The Depot at 3609 10th AvenueUrbanize LA