The four-story structure, located on the north side of the campus near the intersection of Victoria Street and Birch Knoll Drive, features a 250-seat auditorium, as well as three smaller classrooms and study rooms, meeting spaces, computer labs, offices, a commercial kitchen. The building is the new home of CSU Dominguez Hills' College of Business Administration and Public Policy.

HGA designed the Innovation and Instruction Building, which spans approximately 107,000 square feet and features an exterior accented by black and yellow panels. All four levels are connected by an atrium containing a central open stairway, intended to provide visibility and facilitate interactions between students and faculty.

The Innovation and Instruction Building is part of a larger initiative from CSU Dominguez Hills to transform its campus with new facilities, including student dormitories and academic buildings. 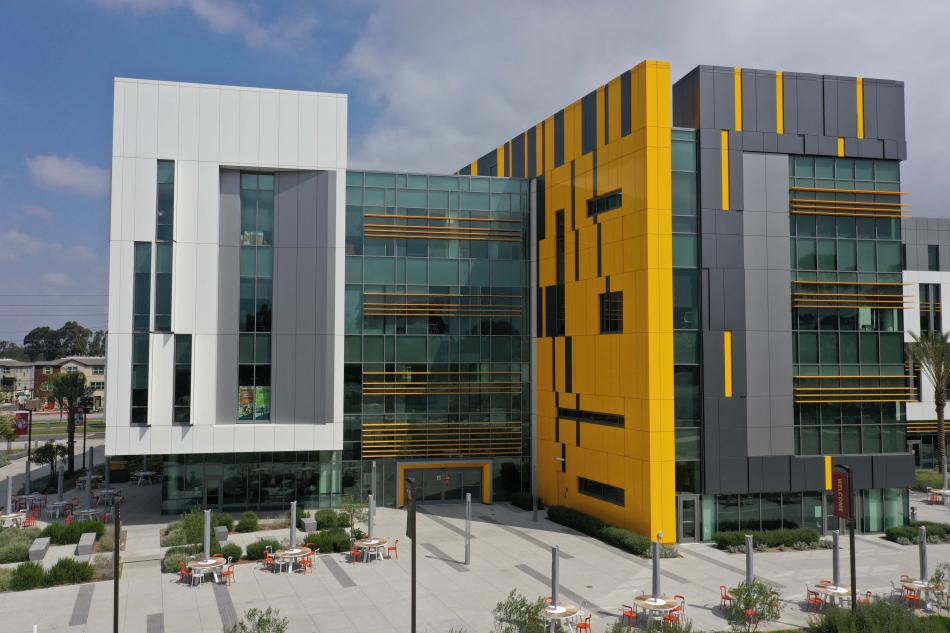 The university has pursued a new master plan which could allow for its student population to double by the year 2035, largely by redeveloping underutilized sites and surface parking on the east side of campus.