In the past decade, Warner Center has seen a sharp uptick in the construction of new apartments, as empty lots and industrial sites are transformed into housing. Now, the neighborhood welcomes something it hasn't seen much of: new hotels.

Three years after breaking ground at the southwest corner of Variel Avenue and Oxnard Street, West Palm Beach-based FPG Development Group has completed work on a new Home2Suites Hotel. The project site, previously improved with a small office building, is now developed with a six-story building featuring 174 guest rooms and meeting space above ground-floor retail and subterranean parking for 136 vehicles. 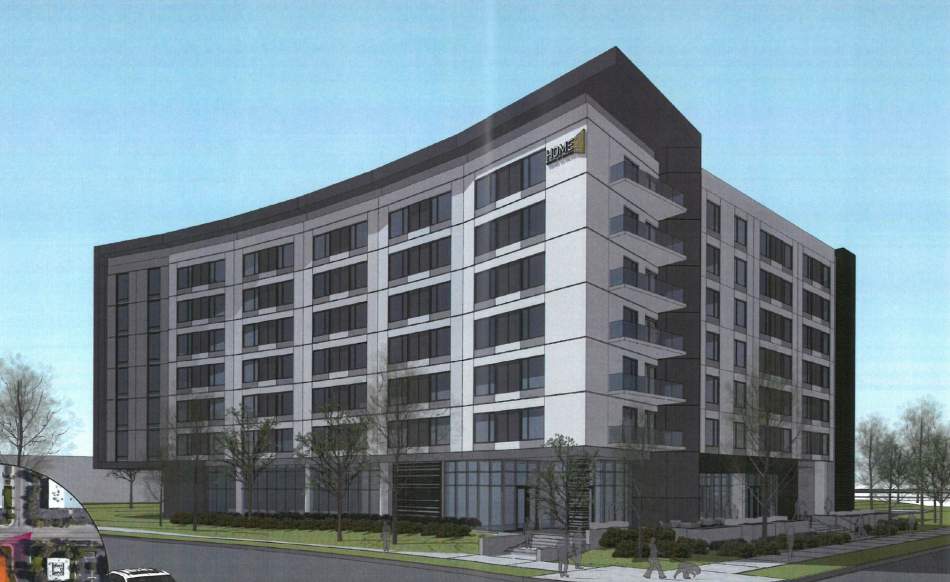 View from Variel and OxnardLADCP

The hotel, designed by DLR Group, is of a contemporary style, and closely resembles rendering renderings presented as the time of the project's approval in 2018. In addition to guest rooms, the building includes a gym and a swimming pool.

While new hotels have not been part of Warner Center's recent building boom, that is set to change in the years to come. The owner of the former Fry's Electronics site at 6100 Canoga Avenue has proposed a 204-inn planned as part of a mixed-use development at that property. Other large multi-phase projects, such as the one slated to replace the Promenade shopping mall, could also include hotels.