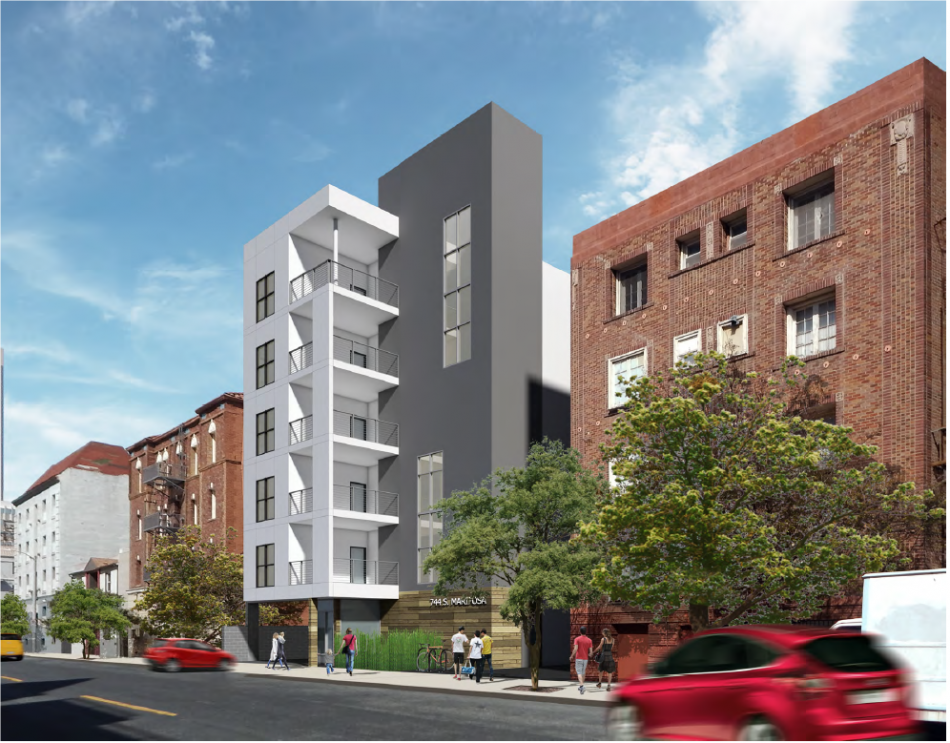 The project, which replaced a surface parking lot, consists of a six-story building featuring 31 studio and one-bedroom apartments atop two levels of parking.

JPark Architects, depicts a contemporary low-rise building, which closely resembles a conceptual rendering produced prior to the start of the project's construction in late 2019.

Clearinghouse CDFI, headquartered in the Orange County community of Lake Forest, developed the project in large part due to its location within an opportunity zone. The investment was made in partnership with APEX Pacific Partners Advisors, which invests in new housing and other commercial developments on the West Coast and in the Southwest. 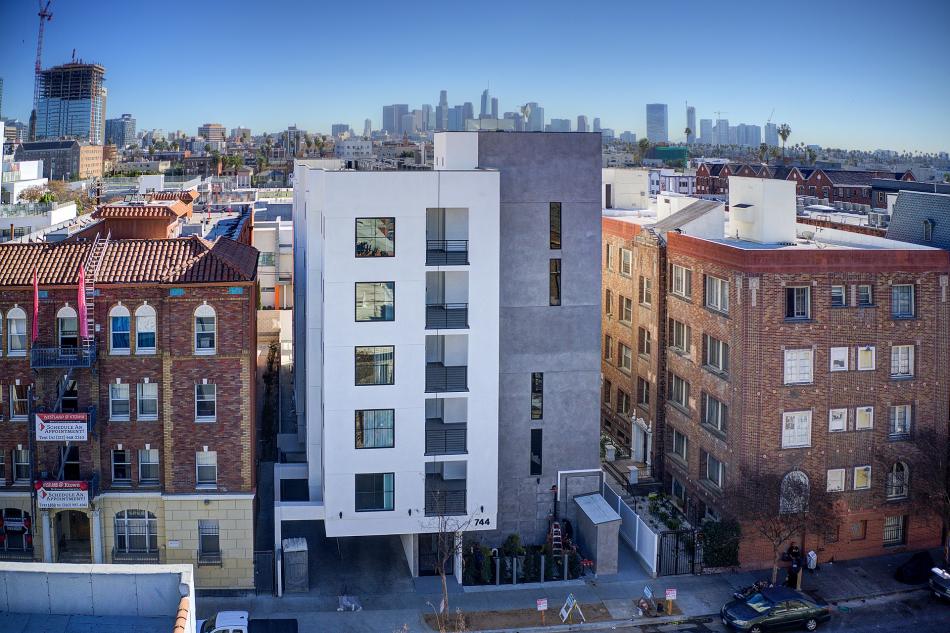 Nabi is one of just a handful of examples of recent new construction within Koreatown's two-block Normandie-Mariposa Historic District, which was determined as being eligible for listing in the National Register of Historic Places in 1994, and was automatically listed in the California Register of Historic Resources afterward, according to the Planning Department. Developer Jamison Services recently broke ground on a similar development one block to the west at 738 S. Normandie Avenue, and is planning a second at 715 S. Mariposa Avenue.