In West Hollywood, local developer GPI Companies has completed work on Nine Thousand One, a luxury mixed-use project near the city's western boundary. 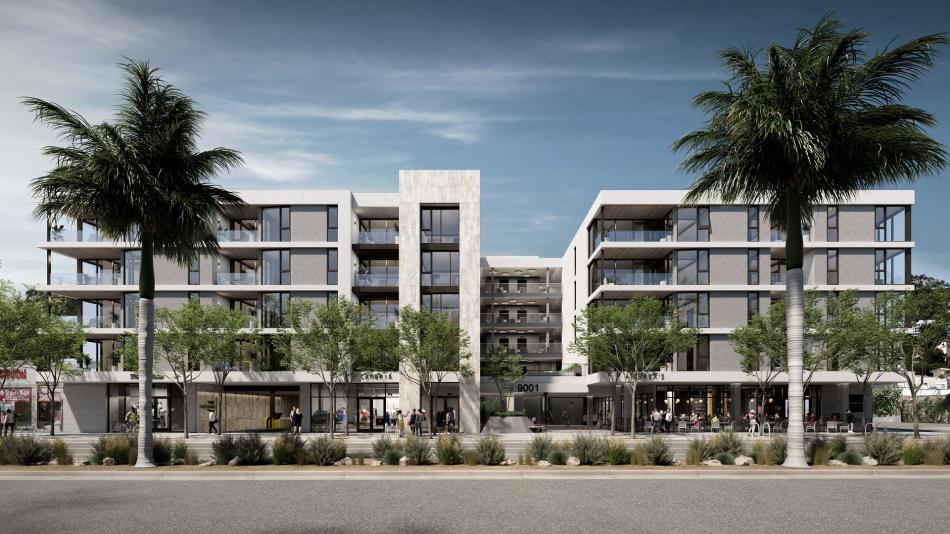 The project, named for its address at 9001 W. Santa Monica Boulevard, consists of a five-story building features 46 one-, two-, and three-bedroom dwellings above 10,000 square feet of ground-floor commercial space and a semi-subterranean parking garage. Eight of the apartments are to be set aside at below market-rate rents, per a condition of the project's approval by the City of West Hollywood.

“With Nine Thousand One, we’ve curated the best of what Los Angeles living has to offer in the heart of one of the city’s most desirable pedestrian-friendly neighborhoods,” said GPI Companies director Alexander Akhtarzad in a September news release. “Residents will experience an unmatched, full-service living opportunity just moments from the city’s best culinary experiences, wellness destinations, high-quality fitness stops, and couture shops. We are delighted to announce that we are now accepting leasing applications for Nine Thousand One and we look forward to welcoming our first residents home.”

Nine Thousand One, which includes apartments ranging from approximately 1,100 to 2,200 square feet, does not advertise pricing on its website. 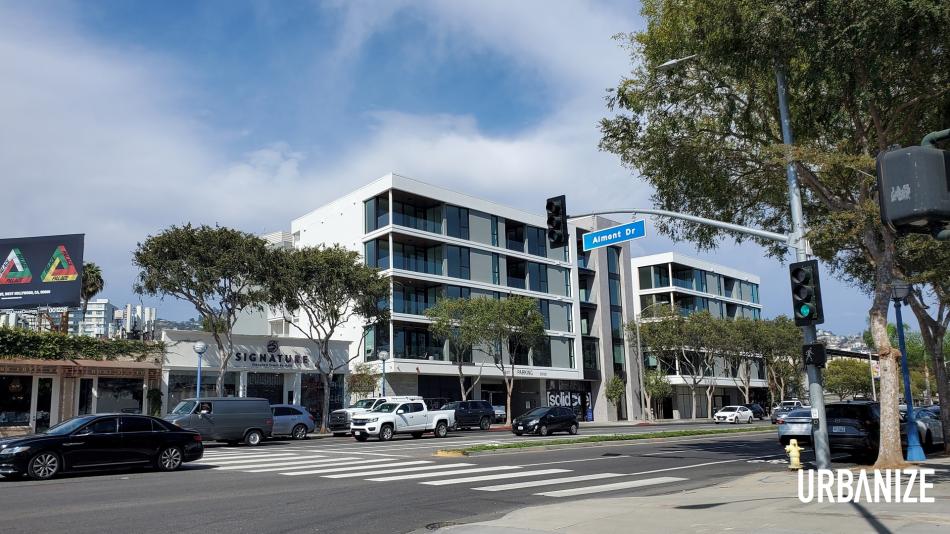 The contemporary low-rise structure was designed by a team that includes Steinberg Hart, WORKPLAYS Studio, and Colacion Studio, and incorporates amenities including a fitness center, a club house, and a pool deck.

Announced tenants for the property include Uchi, a Japanese concept from Chef Tyson Cole’s Hai Hospitality, and Solidcore, a Pilates studio with numerous locations across the country.

The development is one of a series of new mixed-use projects on the border between West Hollywood and Beverly Hills, including the 241-key Robertson Lane hotel development to the east and the 300,000-square-foot Melrose Triangle complex on the opposite side of Santa Monica Boulevard. 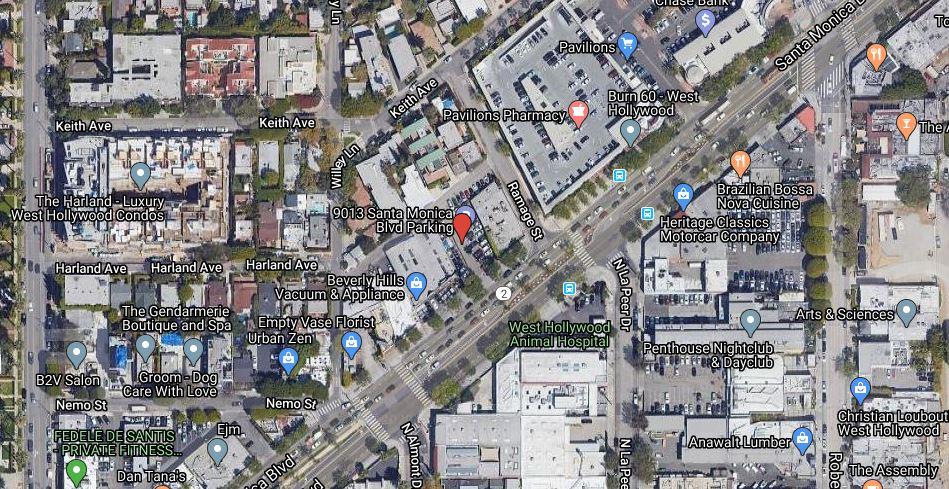