Eight years after acquiring the landmark Mid-Wilshire campus which once served as the headquarters of Farmers Insurance, CIM Group is scheduled to give a presentation at today's meeting of the Park Mile Design Review Board which offers the clearest look yet at plans to redevelop the eastern half of the historic office complex. 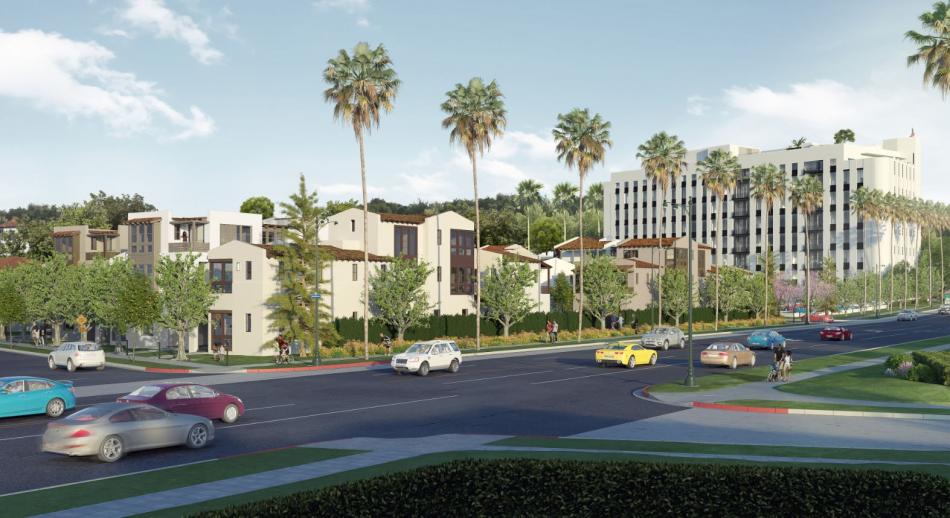 Named Wilshire Mullen for its main cross streets of Wilshire Boulevard and Mullen Avenue, the project is imagined as a blend of adaptive reuse and new construction.

The main architectural landmark, the historic Farmer building at Wilshire and Rimpau Boulevard, is to be partially converted into 65 condominiums, with the back half of the six-story structure to remain offices. That same block will retain 234 parking spaces located in an existing below-grade garage and surface lot. 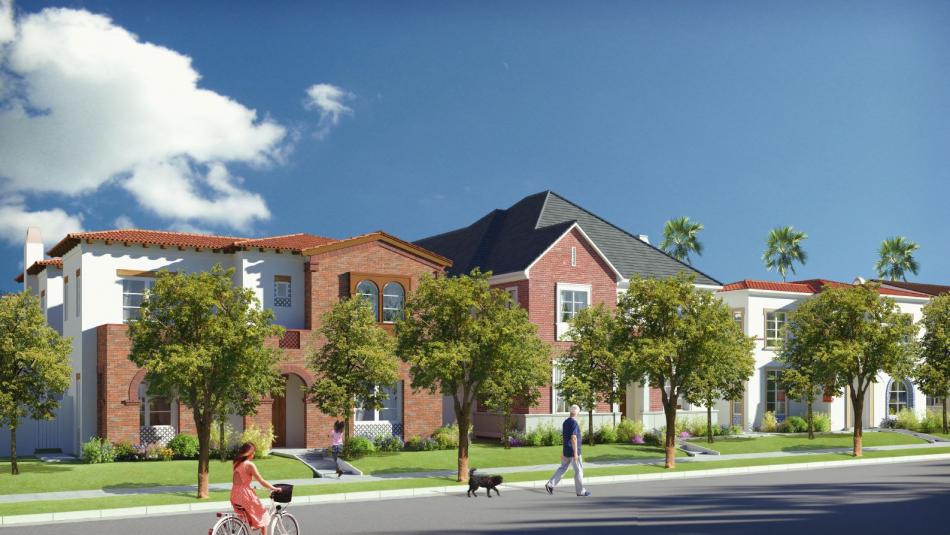 Across Mullen to the east, Bassenian Lagoni Architects is designing a series of 16 single-family homes on a block which also fronts Muirfield Avenue and 8th Streets. The new housing on the east side would consist of two- and three-story buildings with Spanish and European Cottage style designs.

CIM has also retained AHBE | MIG as the project's landscape architect, designing landscaped open spaces at the roof level of the condominium complex and at ground level along the east and west sides of the building.

While the two blocks at Wilshire and Mullen are the only elements of the Farmers campus up for consideration by the Design Review Board, CIM is also moving forward with plans to redevelop other sites to the west. 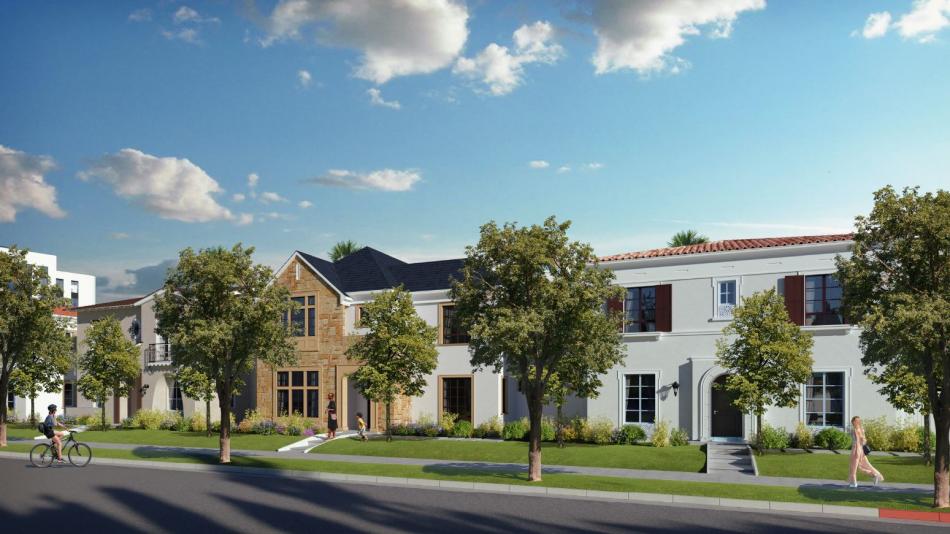 Earlier this month, CIM filed an application with the Department of City Planning seeking entitlements for the adaptive reuse of the three-story building at 4750 Wilshire Boulevard.  If approved, the majority of the 144,000-square-foot structure would be converted into 68 apartments, with a portion of the existing street-level office space to remain.  The property's three-level basement parking garage would also be retained.

Last year, CIM initiated an entitlement application for the adaptive reuse of most of the three-story building at 4750 Wilshire Boulevard, with the intent of converting most of the building into 68 apartments. That project, designed by KFA Architecture, would include six units of very low-income affordable housing.

Separately, CIM intends to build 12 townhomes on another portion of the campus along 8th Street between Rimpau and Hudson Avenue.