At the northern edge of Downtown Long Beach, a local real estate investment firm is hoping to raze and redevelop the former site of Queen Beach Printers with a mixed-use apartment complex, according to a staff report to the City's Planning Commission.

No on-site affordable housing is proposed within the project, as its entitlement application was submitted to the City of Long Beach prior to the adoption of its inclusionary housing ordinance.

BSB Design, formerly Withee Malcolm Architects, is designing the project, which would rise approximately 94 feet at the southwest corner of Pine Avenue and 10th Street. Described in the staff report as having a "clean, contemporary aesthetic," the apartment complex would have a modern exterior composed of painted stucco, recycled plastic lumber, metal, and tile veneer, among other materials.

Besides housing, the project will also incorporate residential amenities including two fitness rooms, a courtyard, a community room, and a rooftop deck. 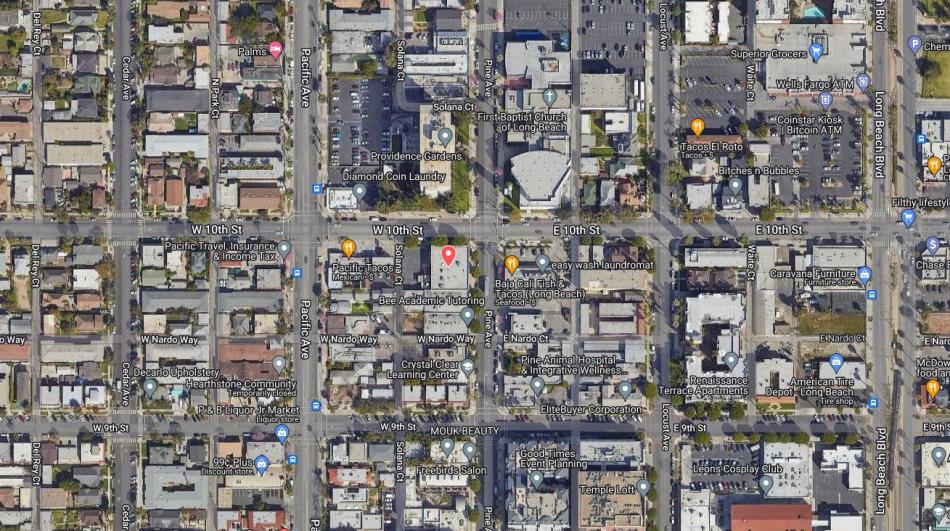 Construction of 837 Pine is contingent on the approval of a mandatory site plan review entitlement. A staff report recommends approval, as the proposed development includes multi-bedroom units which are rare in new construction.

Besides 837 Pine, Beach City Capital is also planning a mixed-use project with housing and commercial uses in Redondo Beach.