A presentation from the September 19 meeting of the Santa Monica Architectural Review Board is the first official look at developer Cypress Equity Investments (CEI)'s proposed mixed-use apartment complex at 2025 Wilshire Boulevard. 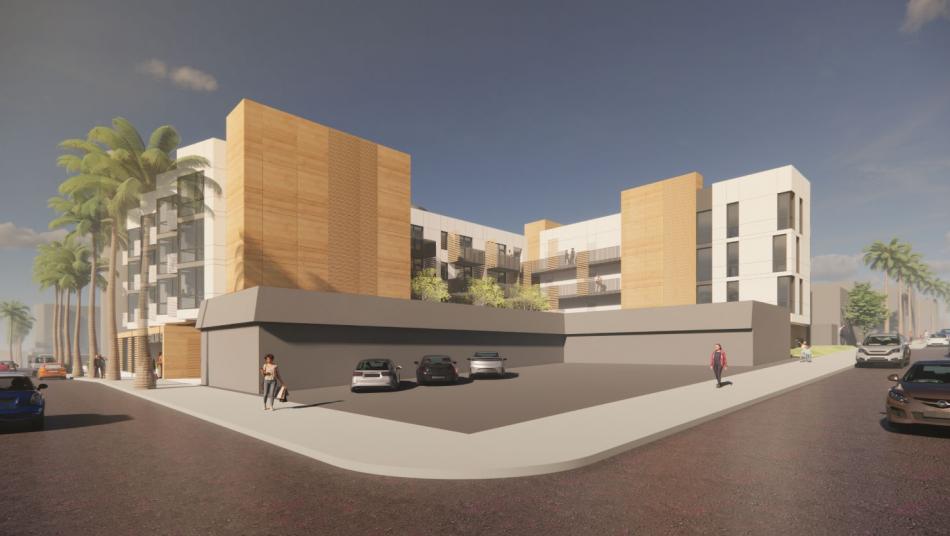 The project, which would rise from an L-shaped site on the north side of Wilshire between 20th and 21st Streets, calls for razing commercial buildings occupied by a Chipotle and a Veggie Grill to clear the way for a new four-story, 42-foot-tall building featuring 46 residential units above 5,113 square feet of ground-floor commercial space and a two-level, 100-car subsurface parking garage.

The apartments, according to plans, would come in a mix of studio, one-, two-, and three-bedroom floor plans. The project will not include on-site affordable housing, but instead provide seven units off-site at 1211 19th Street. 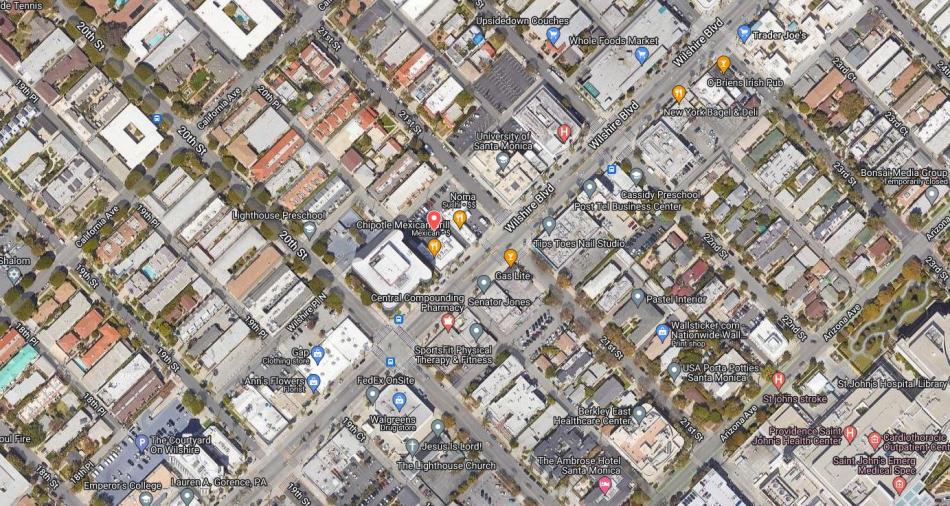 "The contemporary design is highlighted by angled window bays and balconies in white panel along the front façade and is complemented by a panelized “wood grain” material along the ground floor and vertical circulation elements," reads a staff report to the Architectural Review Board.

The proposed apartment complex from CEI is one of three new developments the company has in the works for Wilshire Boulevard, and more than a half-dozen now planned across the City of Santa Monica.