A presentation to the Santa Monica Architectural Review Board unveils a new look for a proposed mixed-use apartment complex from Cypress Equity Investments (CEI) at the intersection of 6th Street and Arizona Avenue. 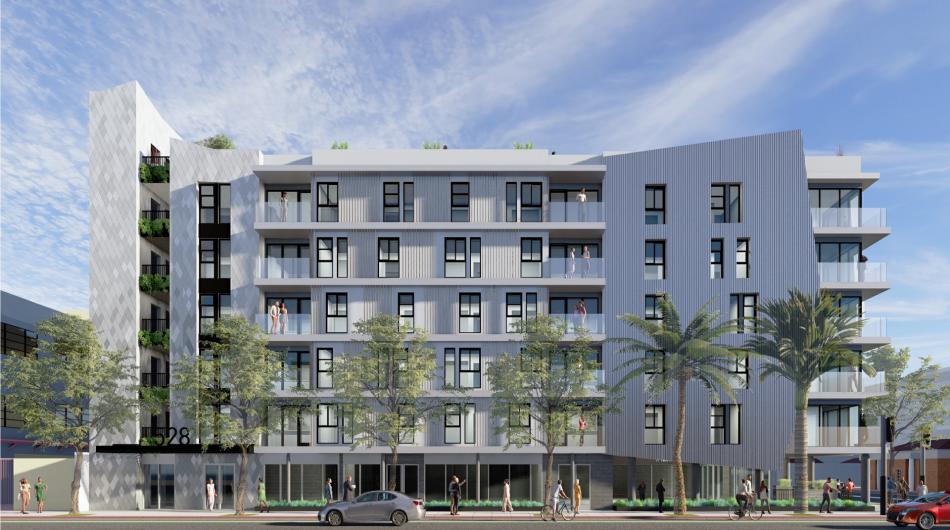 The proposed project, located at 528 Arizona Avenue and 1302 6th Street, is envisioned as a six-story building featuring 80 studio, one-, two-, and three-bedroom apartments above 6,467 square feet of ground-floor commercial space and a two-level subterranean parking garage. While larger than the 1970s era office building than it would replace, the current plan is significantly smaller than CEI's original vision for the site, which had called for a taller seven-story edifice with up to 115 apartments.

The smaller scale also comes with a new design. The original concept by DFH Architects has been discarded in favor of new plans by Tighe Architecture, which calls for a contemporary podium-type building clad in smooth stucco and metal panels.

"The contemporary design is highlighted by an expressed plane with angular treatment on both the 6th Street and Arizona Avenue facades and broken at the corner that adds dimension and focus at this most visible part of the building," reads a staff report to the Architectural Review Board. "The building is further broken into simpler forms that are appropriately separated from each other. Balconies on both facades add depth and variation to the elevations and are complemented by 'fish scale' vertical elements at the 6th Street elevation." 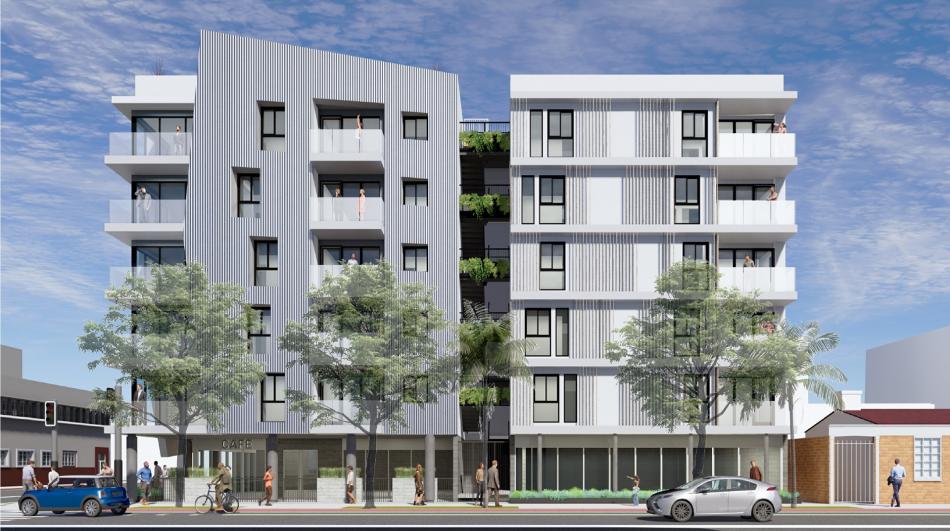 Other features to the project would include a landscaped courtyard and a rooftop deck.

The presentation to the Architectural Review Board is for feedback purposes, and a vote on the design concept is not scheduled at this point in time.

The project is one of more than a half-dozen projects which CEI currently has in the works for Downtown Santa Monica and its surroundings.