In Koreatown, the wrapping has come off at the site of a a new senior affordable housing complex from Meta Housing Corp at 433 S. Vermont Avenue.

The project, which is being developed by Meta and its partner Western Community Housing, stands on a site previously improved with an Los Angeles County office building. At completion, the new six-story building will feature 72 residential units - all reserved for seniors earning between 25 and 60 percent of the area median income - above a 12,500-square-foot YMCA on the ground floor. 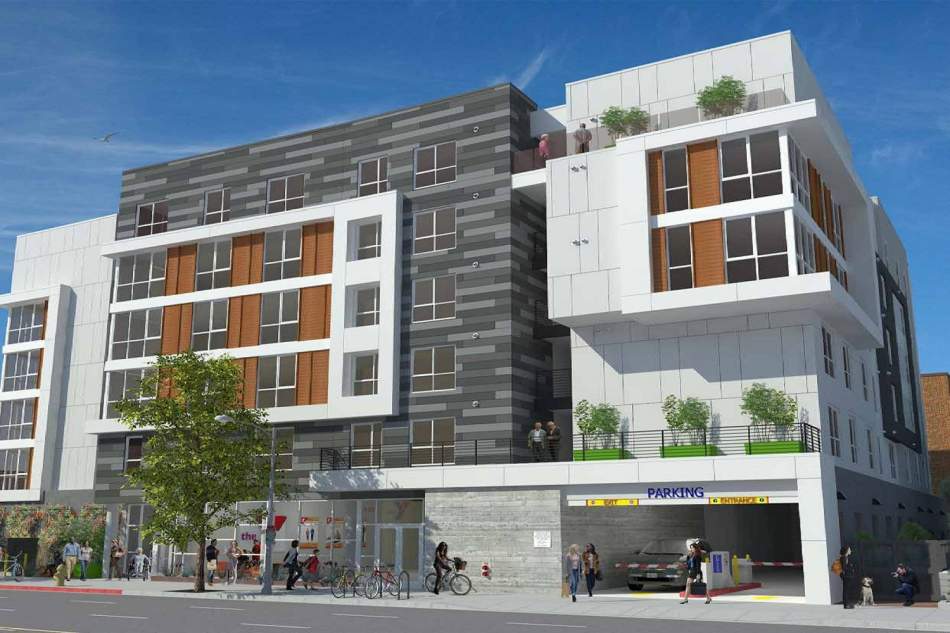 When the project broke ground more than three years ago, completion was expected by March 2021.

The new senior housing is a component of L.A. County's Vermont Corridor project, which has transformed multiple sites near the Wilshire/Vermont subway station in Koreatown. The initial phase, completed in mid-2021, is a 20-story office tower which now serves as the new headquarters of the County's Department of Mental Health.

The third and final phase of the plan, which has yet to begin construction, originally called for converting the Department's former headquarters at Vermont and 6th Street transformed into 172 apartments. However, the County has since reconsidered that plan, instead opting to spend up to $170 million to retrofit and expand the building to retain it as offices.