One block west of Westwood's eponymous commercial corridor, a 1940s apartment building is set to be razed and redeveloped with a larger multifamily residential building. 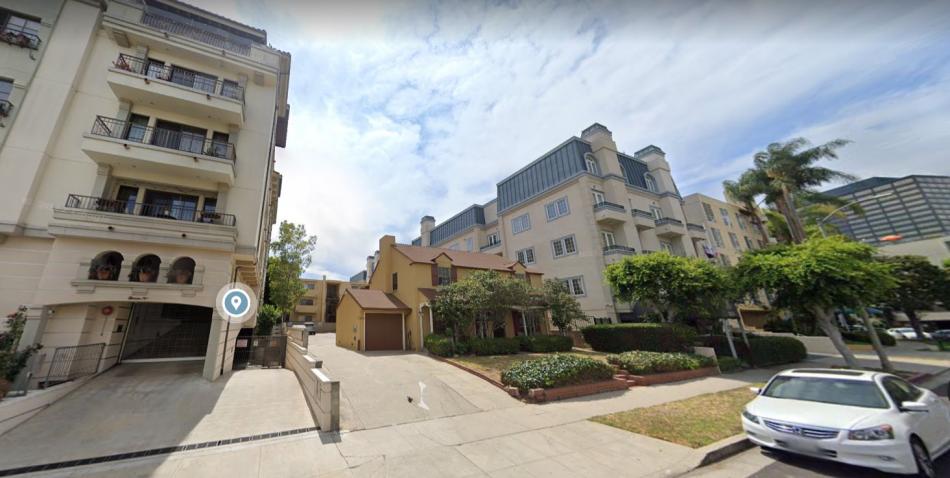 In an application submitted in early November to the Planning Department, property owner Ali Sharifi has proposed the construction of a new seven-story, 20-unit apartment complex located at 1383 S. Midvale Avenue. The proposed project, which would replace eight rent stabilized units, would include a mix of one- and two-bedroom dwellings.

Requested entitlements include density bonus incentives permitted a larger structure than otherwise allowed by zoning rules. In exchange, six of the new apartments would be set aside for rent as affordable housing.

S.K. Architects is designing 1383 Midvale, which would be clad in a mix of stucco and metal siding. Plans show a small yard at the rear of the building.

The development site is situated a few blocks south of Wilshire Boulevard, where construction is ongoing for a long-awaited Metro subway extension, and midway between Westwood and Veteran Boulevards, where a number of similar multifamily residential buildings are now in the works.