In the early 1940s, the California Youth Authority - today known as the California Division of Juvenile Justice - opened a youth jail on a roughly 32-acre site located at 13200 Bloomfield Avenue in the City of Norwalk. The Southern Youth Correctional Reception Center and Clinic, which housed male offenders up to the age of 25, ceased operations in 2011, and aside from a brief revival during the global pandemic, has remained vacant since. Now, city officials are seeking to acquire the property and rezone it for development with mixed-income housing and commercial uses. 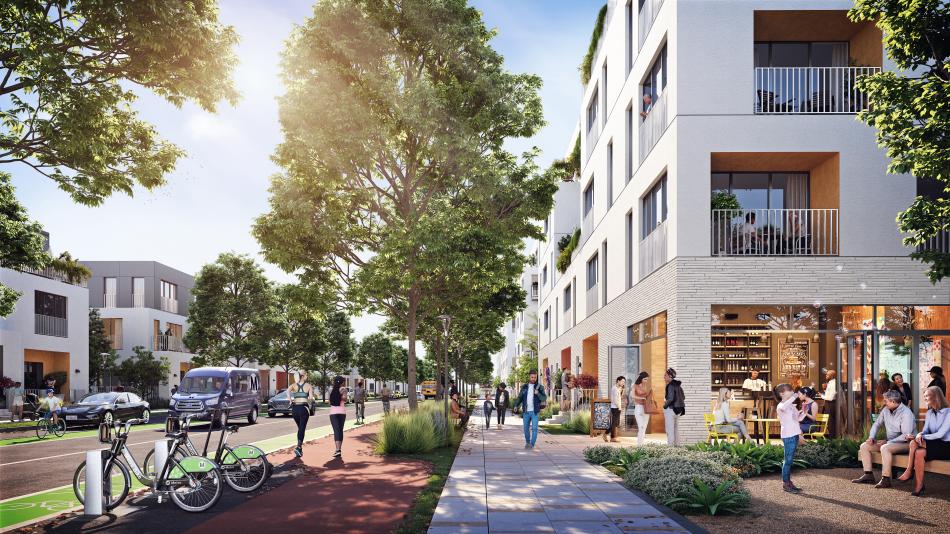 The project conceived under the Norwalk Transit Village Specific Plan calls for razing all existing buildings on the property, a hodge-podge of low-rise structures interspersed with empty space, clearing the way for the construction of multiple mid-rise buildings and open space. A full redevelopment of the site would include: 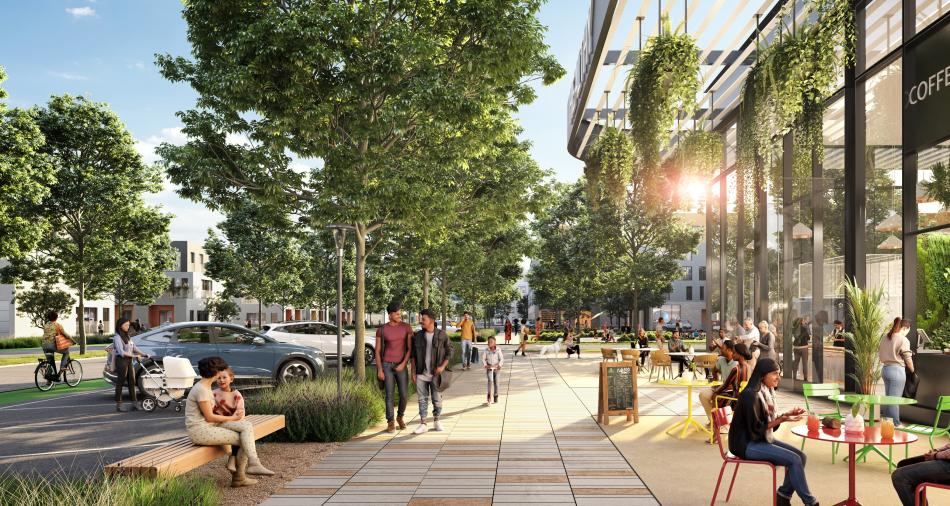 Additionally, a minimum of 40 percent of the proposed rental apartments would be designated as affordable housing. Current plans call for at least 345 market-rate units.

The master plan, led by Perkins&Will, calls for subdividing the property with new open spaces, streets, and pedestrian trails, with primary access planned off of Bloomfield Avenue. With the exception of the proposed townhomes, parking would be provided in a mixture of surface lots, curbside spaces, garages, and potentially on rooftops.

Construction, currently expected to occur in a single phase commencing in the second quarter of 2024, is contingent on the approval of entitlements including a general plan amendment, a zone change, and a development agreement. Likewise, the City of Norwalk must first complete its acquisition of the property from the State of California before construction may begin. 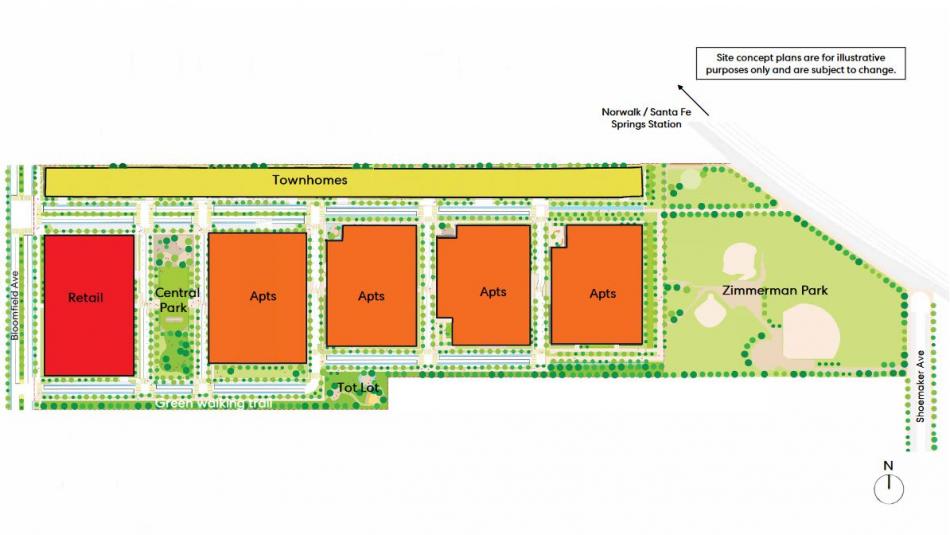 The project, dubbed a Transit Village due to its proximity to the Norwalk/Santa Fe Springs Metrolink Station, could eventually be served by a proposed eastward extension of Metro's Green (C) Line from its current terminus in the median of the I-105 Freeway to reach the aforementioned regional rail hub, which is also served by Amtrak.

The Transit Village is one of two large developments now under consideration by Norwalk officials, joining Primestor's proposed redevelopment of a portion of the city's Civic Center. 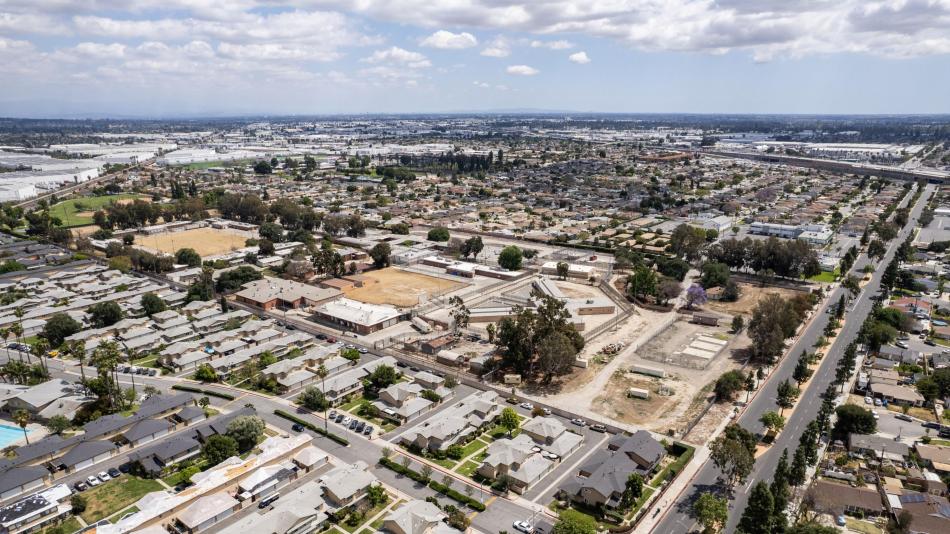 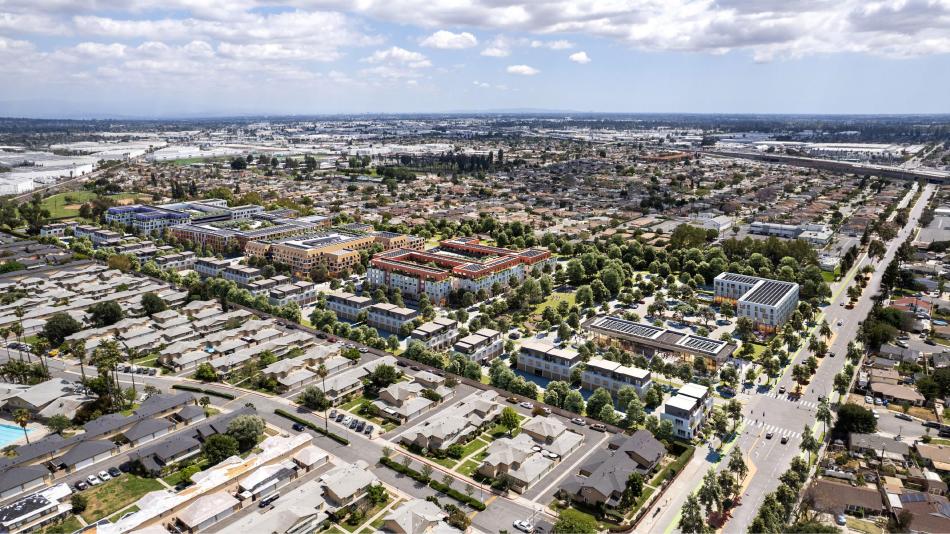