One block north of Metro's Monrovia Station, a pair of light industrial buildings has been razed to make way for the construction of a mixed-use apartment complex. 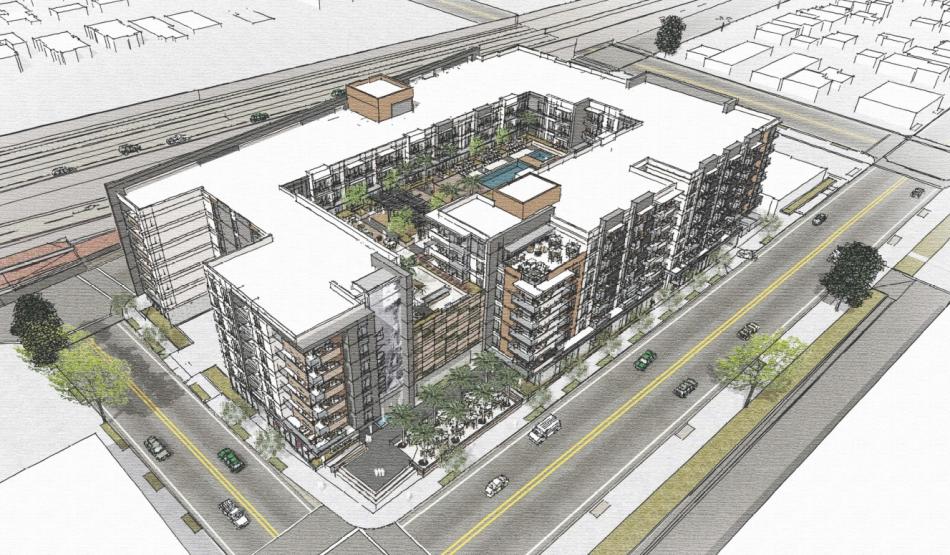 The project site, which spans 1.83 acres at 127 Pomona Avenue, is slated for the construction of up to 232 apartments with approximately 8,500 square feet of ground-floor retail space.  As a condition of approval, 25 of the new studio, one-, two-, and three-bedroom apartments are to be set aside for rent by low-income and moderate-income households. Likewise, 85 stalls in the project's 387-car garage are to be reserved for use by the general public.

Adept Urban is serving as the developer and architect for the project, named for its address, which also has frontage on Primrose Avenue to the west and Evergreen Avenue to the north. Illustrations of the completed building show a contemporary seven-story edifice wrapping a central courtyard. Plans also call for open air decks on the building's upper floors, as well as private balconies.

According to a brochure posted by the City of Monrovia, construction of 127 Pomona is expected to be completed in 2024. 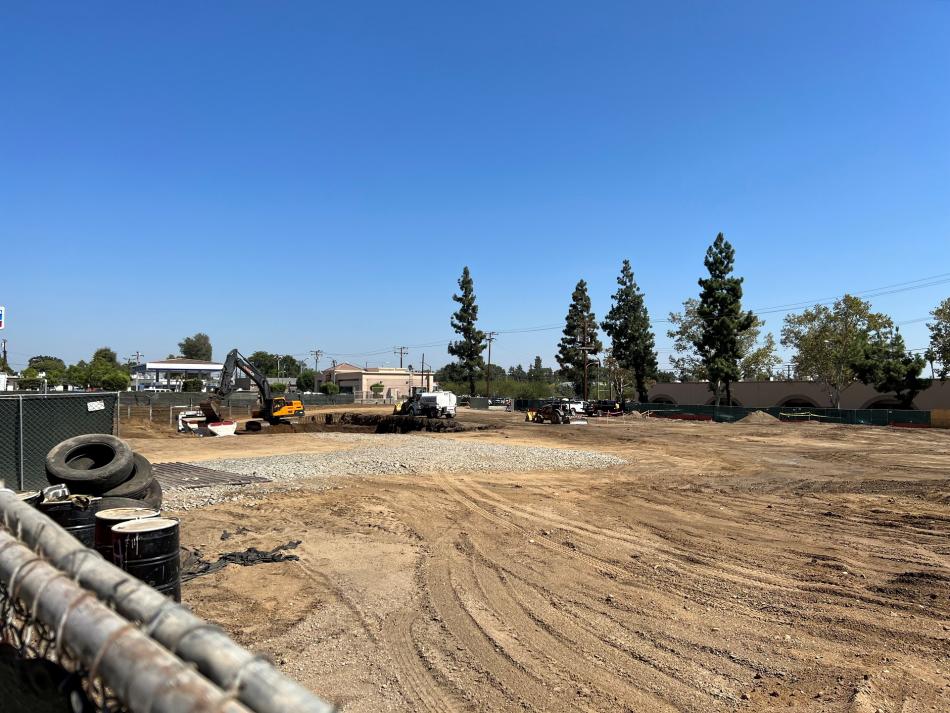 Los Angeles County Assessor's records list the owner of the site as a series of entities managed by Paul David Kalemkiarian, who is also president of the Monrovia-based Wine of the Month Club. Records show all parcels associated with the project were sold in September 2021.

The ongoing project is smaller than an earlier vision from Chicago-based Fifield Realty Company, which received clearances in 2019. Fifield had planned for a larger 310-unit apartment complex with more retail and parking, although the amount of income-restricted housing has remained the same between the two iterations.

The 127 Pomona site is located within Monrovia's Station Square Transit Village, which encourages the redevelopment of parcels flanking the city's L Line station. Other developments from firms such as Trammell Crow Residential and Richman Group are also in the works in the Transit Village area. 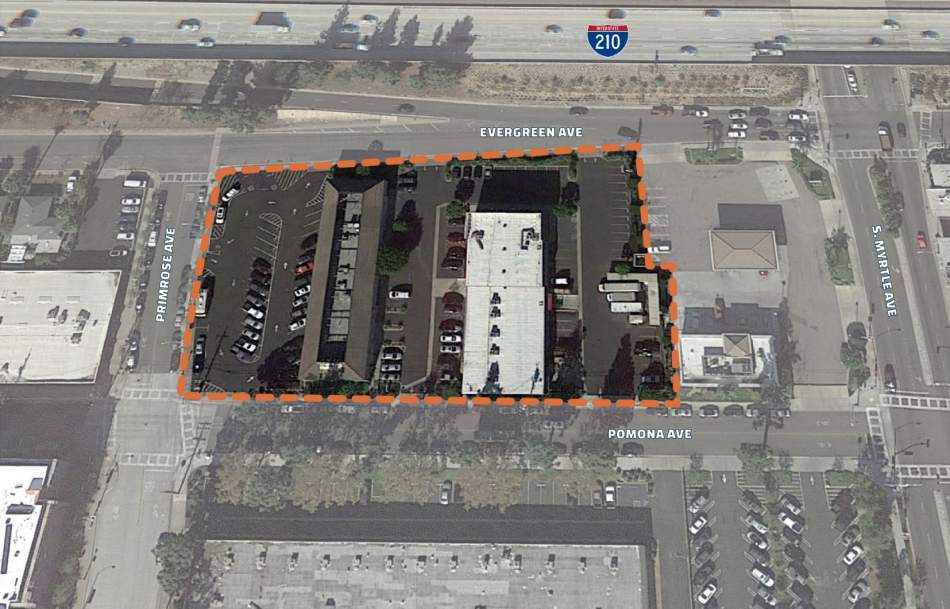