Just south of Palms Station, Geneva Street Partners has cleared a series of homes and duplexes from a half-acre site, where the local real estate development firm has secured approvals for its latest multifamily residential building. 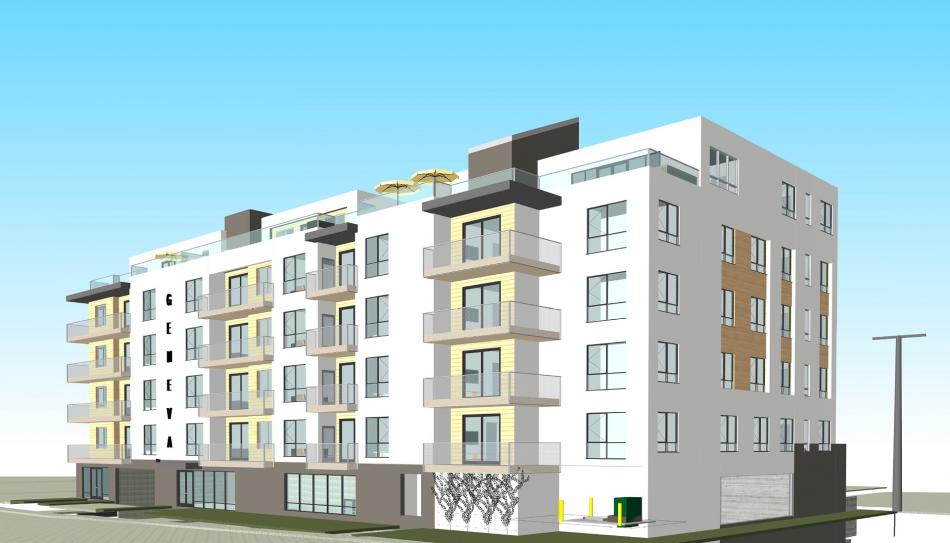 The property, located at 3521-3537 Hughes Avenue, was approved in late 2021 for the construction of a six-story building featuring 40 one-, two-, three-, and five-bedroom apartments above semi-subterranean parking for 49 vehicles.

The project was entitled using Transit Oriented Communities incentives to permit a taller, denser apartment complex than allowed by the property's zoning. In exchange for the bonuses, Geneva Street Partners is required to set aside four of the apartments as deed-restricted affordable housing.

Designed by HBA, the project - named Geneva at Hughes North - is depicted in renderings as a contemporary stucco-clad development, similar to other recent projects in Palms. Architectural plans show a fitness center, a community lounge, and an outdoor deck located at its sixth floor.

Geneva Street Partners, which is based in Century City, is also developing a larger mixed-use building with 54 apartments and retail space at 9900 Venice Boulevard.