In the Southeast L.A. County city of Bellflower, a nondescript commercial building could be partially converted to apartments.

The project site, per a notice circulated by the city this month, is a two-story edifice located at 17055-17057 Bellflower Boulevard. Plans call for converting approximately 4,388 square feet of existing office space on the second floor of the building into eight residential units in a mix of studio, one-, and two-bedroom layouts. Parking for 21 vehicles would be located in an existing surface lot at the rear of the property. 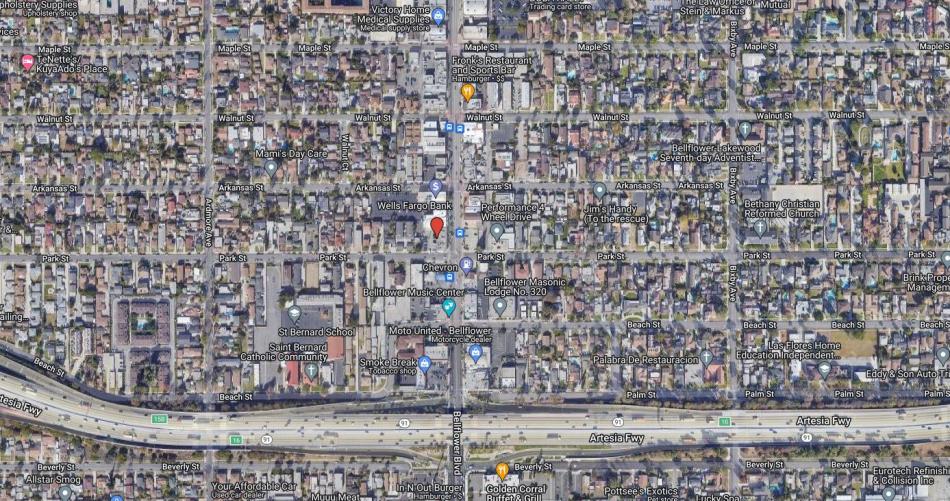 City records list the owner of the two-story structure, completed in 1963, as the Downey-based entity 11015 Paramount, LLC. The property last sold in 2017, according to Los Angeles County Assessor's data.

Plans show that Los Angeles-based ATSTUDIO is the architect behind the project.

The structure, which sits at the intersection of Bellflower and Park Street, sits along Bellflower's main commercial corridor, which will eventually culminate in a light rail stop on Metro's West Santa Ana Branch roughly a half-mile north. Construction recently kicked off for a new mixed-use project which will feature 91 residential units and ground-floor retail space near the station.