11 years after making its dramatic final flight above Los Angeles (followed by a meandering trip through its city streets), the Space Shuttle Endeavor will finally get its permanent home. 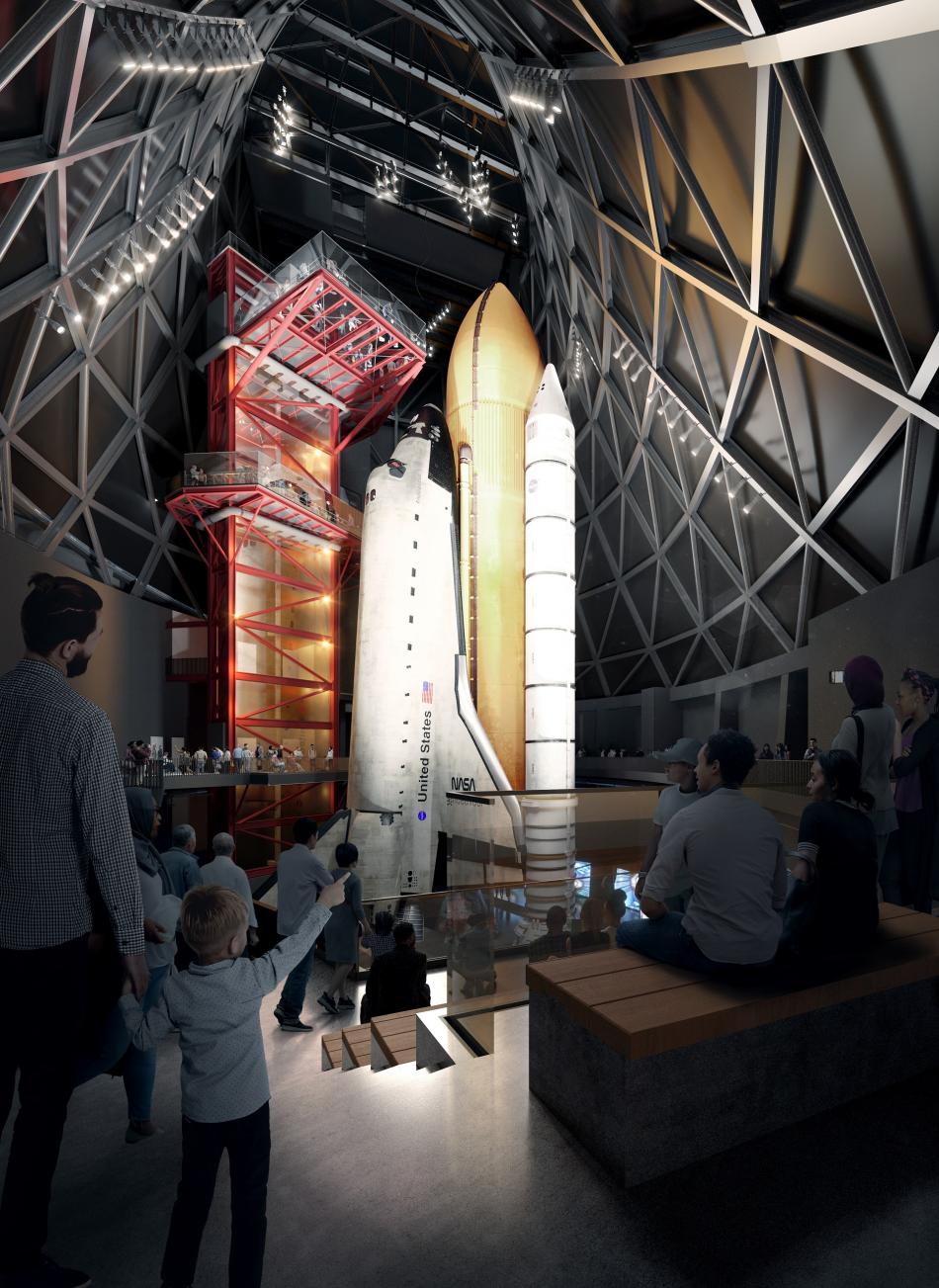 Endeavour in the Samuel Oschin Air and Space CenterZGF

Yesterday, an array of elected officials convened in Exposition Park for the groundbreaking of the Samuel Oschin Air and Space Center, a 200,000-square-foot expansion of the California Science Center which will include 150 educational exhibits on three levels - and enough vertical clearance for Endeavor to stand in launch position with rocket boosters and an external tank. At completion, the project will nearly double the Science Center's educational exhibit space.

“The California Science Center is thrilled to celebrate this milestone today,” said the organization's president and chief executive, Jeffrey Rudolph. “The Samuel Oschin Air and Space Center will be a launchpad for creativity and innovation to inspire the next generation of scientists, engineers and explorers.”

Designed by ZGF, the 20-story Air and Space Center will be divided into three multi-level galleries– named Air, Space and Shuttle – spanning four floors and 100,000 square feet of exhibit space. 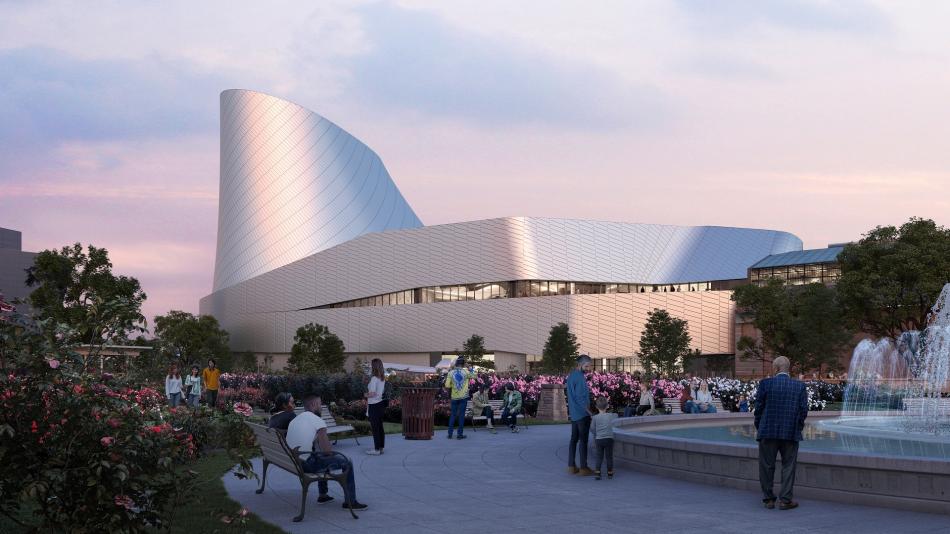 The $400-million project is named in honor of its principal donor, the Mr. and Mrs. Samuel Oschin Family Foundation. Their contribution, described as the largest which the California Science Center has ever received, is supplemented by major donations from The Ahmanson Foundation, the Thomas and Dorothy Leavey Foundation, the Weingart Foundation, and the Ibrahim El-Hefni Technical Training Foundation.

To date, the Science Center has raised $280 million toward the overall campaign goal.

Construction of the Air and Space Center is expected to occur over a three-year period. Halfway through, the Endeavor is to be moved from its temporary home on the west side of the Science Center and positioned upright within the new building. 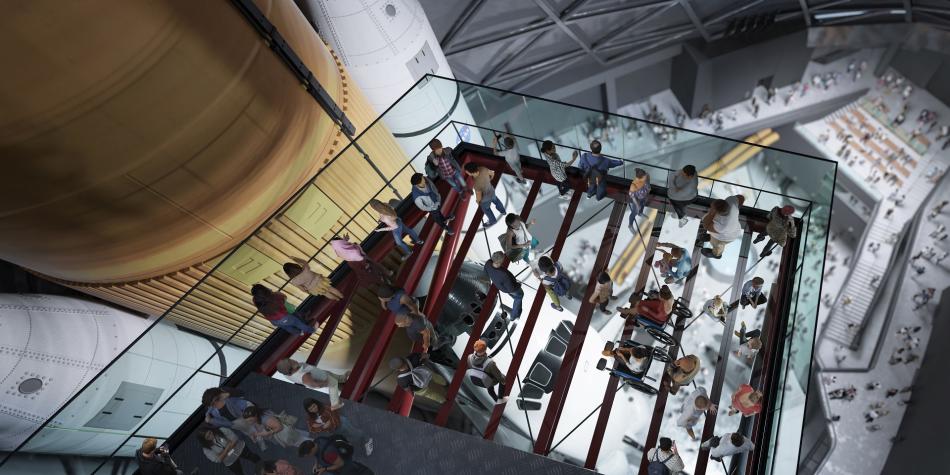 Other members of the project team include MATT Construction and Evidence Design.

More information on the Air and Space Center is available at EndeavourLA.com.

The California's Space Center's expansion is the latest notable addition to Exposition Park, including the $1-billion Lucas Museum of Narrative Art, LAFC's $300-million stadium on Figueroa Street and a planned expansion of the Museum of Natural History. 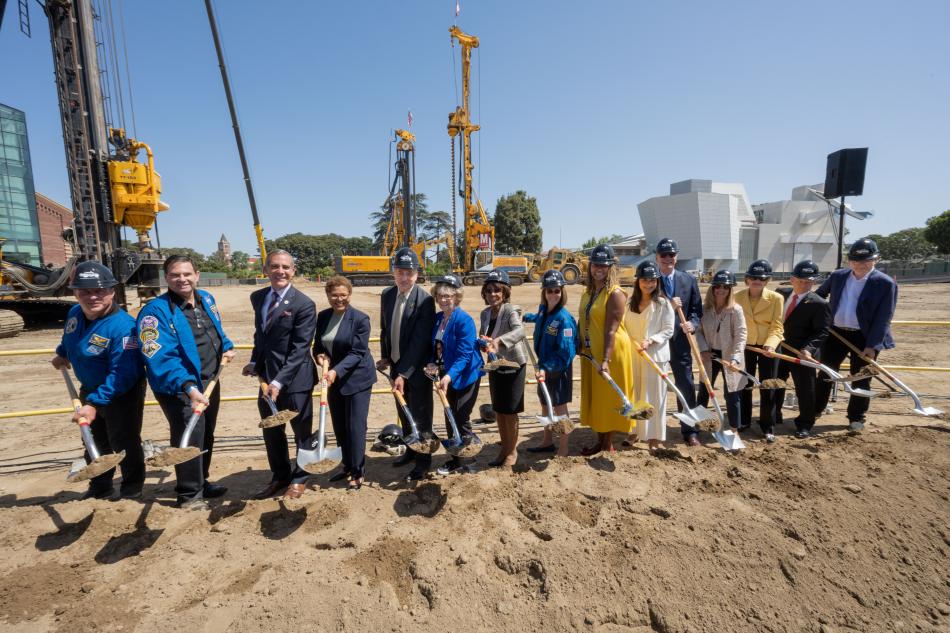 Exposition Park, which is owned by the State of California, is poised for its own suite of improvements under a master plan adopted in 2020.  The City of Los Angeles has also explored extending public realm improvements and active transportation infrastructure to surrounding streets.