In Pasadena, vertical construction is complete for a new project from  Community Builders Group and Bridge Financial Advisors which is billed as the city's first affordable micro-unit apartment complex. 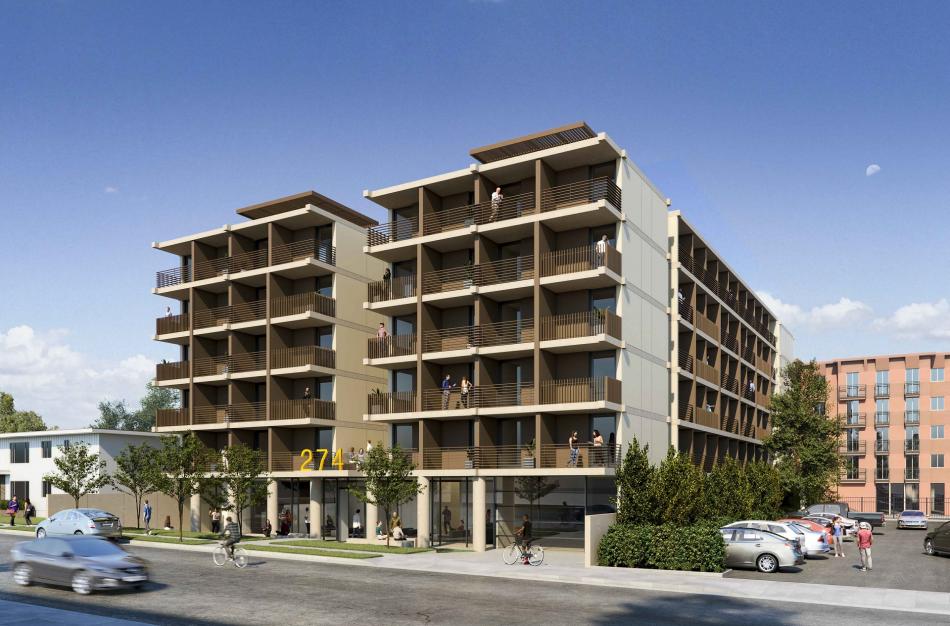 The Pasadena Studios project, now taking shape just south of the 210 Freeway at 274 N. Oakland Avenue, consists of a six-story building that will feature 180 residential units atop 25 vehicles. While not traditional affordable housing, the developers have previously announced their intent to only target households earning between 30 and 60 percent of the area median income level as potential renters.

Designed by Natoma Architects, the contemporary podium-type building is split into three volumes which wrap a central courtyard. Other amenities would include rooftop decks, a fitness center, and a recreation room. Additionally, each unit will have its own balcony.

Per a project website, the Pasadena Studios the building is designed to include features and landscaping that limit water use, and will have all electric appliances.

Completion of the project is expected in June 2023, a representative of Community Builders Group says via e-mail.