With the finish line nearing for The Grand, Urbanize and Hunter Kerhart have gone inside the more than $1-billion mixed-use complex for a look around. 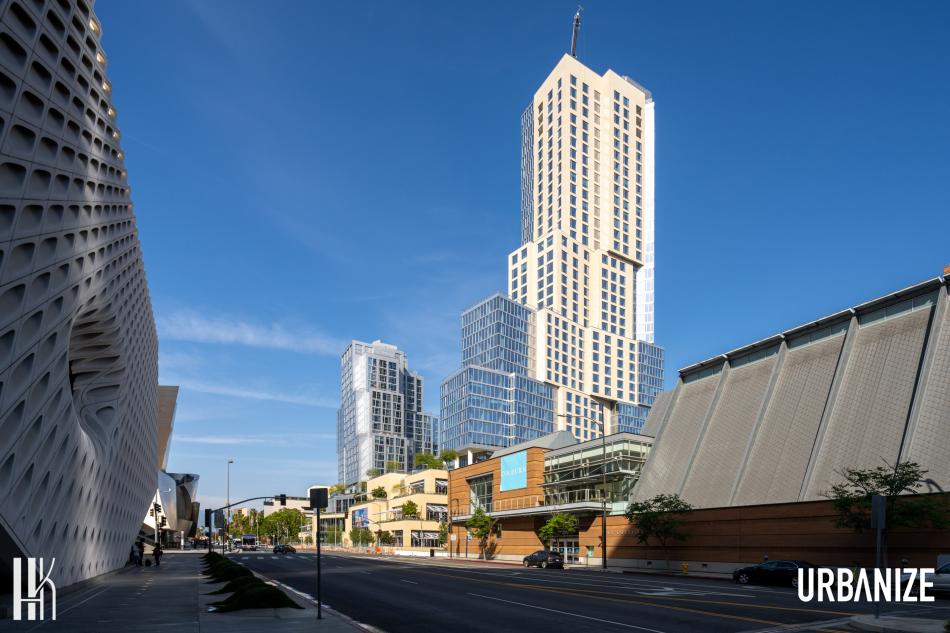 Located on a full city block across the street from the Walt Disney Concert Hall, the Frank Gehry-designed project includes two high-rise buildings: a 28-story structure featuring a 305-room Conrad hotel and 39-story building containing 436 rental apartments - including 80 to be reserved as affordable housing.

The towers share a podium structure and a landscaped courtyard with a series of cascading terrace decks. This space will be activated with approximately 176,000 square feet of shops and restaurants, including new venues from chef José Andrés. At street-level, a new east-west paseo cuts through the site, allowing pedestrians to access the Walt Disney Concert Hall, the Music Center, The Broad, and other destinations on Grand Avenue from Olive Street.

The new open spaces and amenties at the hotel are designed by Tara Bernerd & Partners (check out renderings in the gallery). 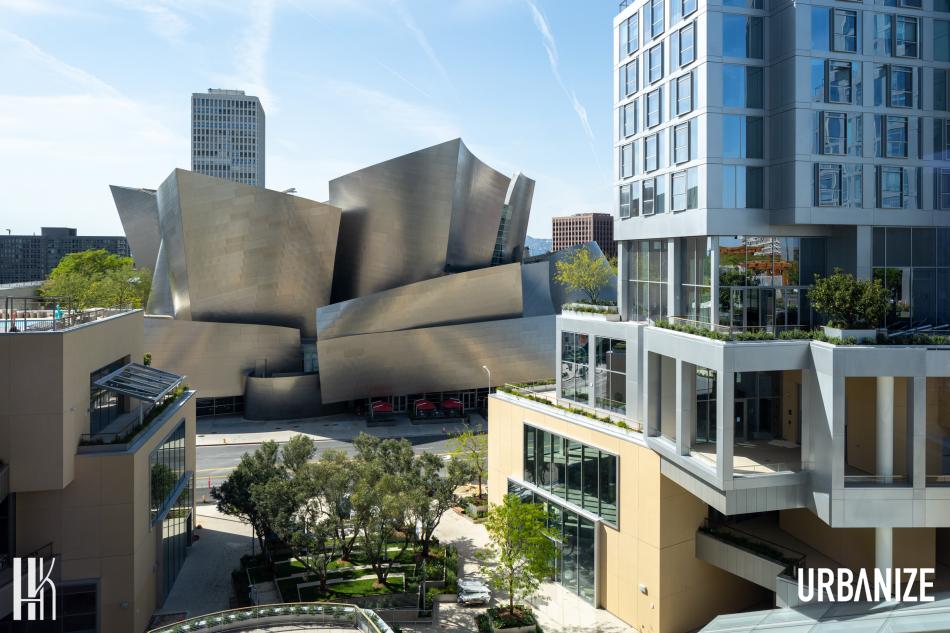 Parking for more than 1,000 vehicles will sit in a subterranean garage beneath the property.

The Grand is the latest component of a master-planned project from Related Cos., which is developing the complex in partnership with the City and County of Los Angeles.  The larger Grand Avenue project already includes the 12-acre Grand Park, The Broad contemporary art museum, and the Emerson apartment tower, with a final phase of the development expected to replace a parking lot located across Olive Street from The Grand.

Gehry, the architect of the Disney Hall, is also working on two additional concert halls a block east.  The Colburn School has tapped the architect to design its $350-million expansion at 2nd and Olive Streets, which is set to begin construction next year. 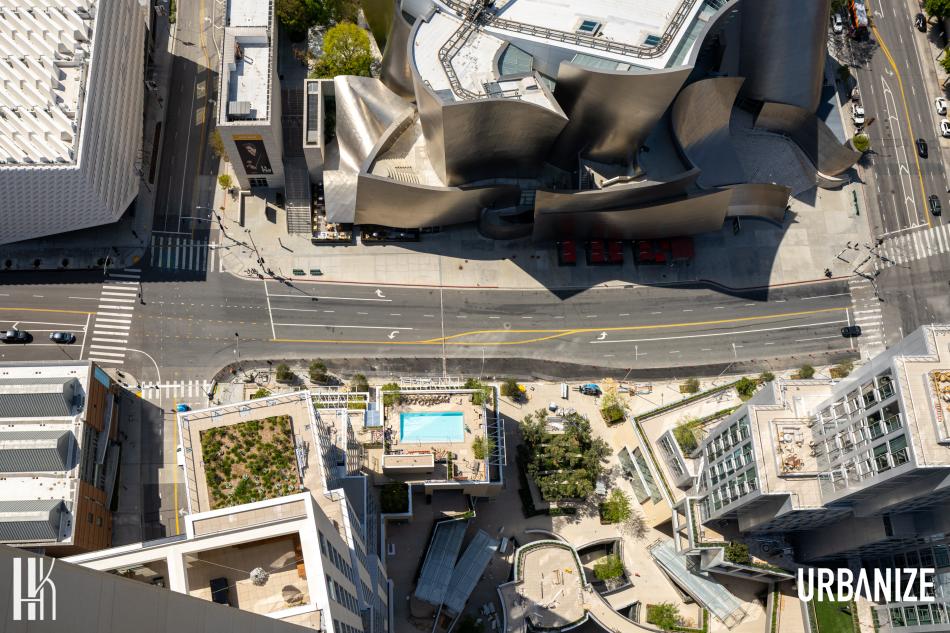 The new commercial developments will be complemented by a new subway station now being built at 2nd and Hope Streets as part of Metro's Regional Connector project.  The 1.9-mile subway, like The Grand, is expected to open in 2022.